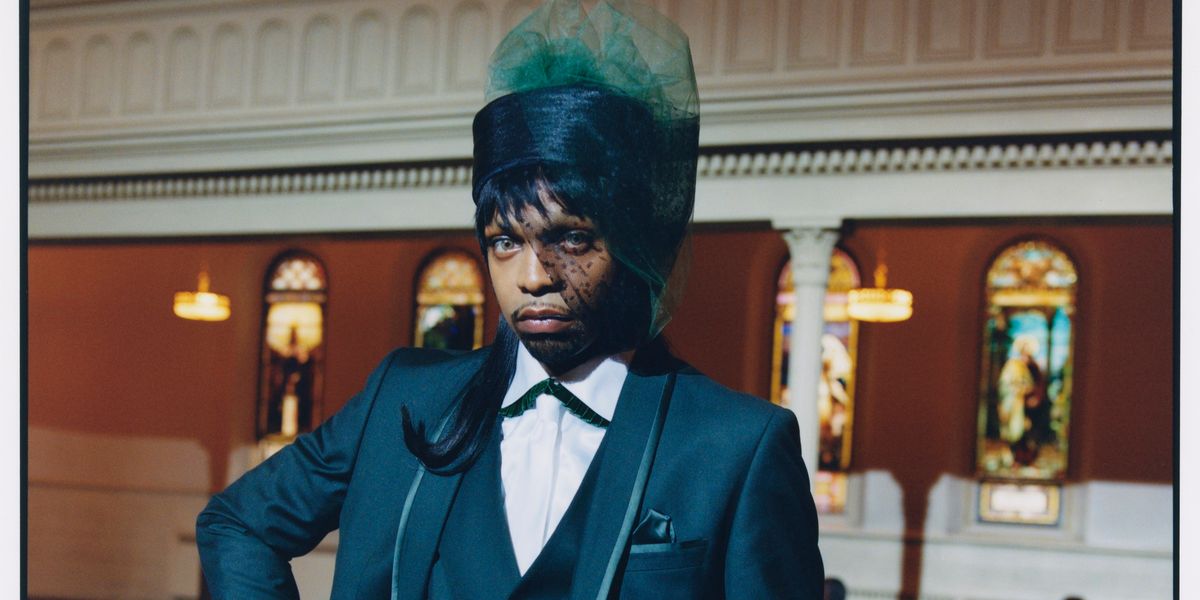 Ian Isiah is back and more provocative than ever before. The R&B star welcomes us into his futuristic, sensual world with the release of his latest single, "N.U.T.S (N*GG* YOU THE SH*T)," and its accompanying visual trailer.

The trailer begins with the always stylish Isiah dancing in the empty streets of New York City. Over the track's disco-soul inspired beat, a recording of homophobic slurs leads into the uplifting message of the song. As Isiah sings over heavy reverb and psychedelic bass lines, he reminds us to always "Make some room for people that wanna love you," especially in hostile environments.

The single kicks off the campaign for Isiah's forthcoming project, AUNTIE — his first collection of songs since the 2018 baby-making breakout, Shugga Sex Tape (Vol. 1). To produce the project, Isiah teamed with iconic electro-funk duo, Chromeo. "Ian summoned us two years ago to create a funk sound for him," Dave 1 of Chromeo tells PAPER. "It was a perfect match, as soon as we got into our first session with him we knew we'd found our El Debarge-meets Rick James-meet Sylvester... but with a HBA futuristic church twist."

AUNTIE not only marks a new musical height for Isiah, but also ushers in the beginning of Chromeo's new label and talent incubator, Juliet Records. The label's inception came about as a way to release music from artists that Chromeo wanted to showcase and work with. "Ian is the perfect marquee act. This project will show a whole new side of his vocal and songwriting chops," Dave 1 says. "He's a total character, and so are we."

AUNTIE is set to release later this year on Chromeo's Juliet imprint. In the meantime, revisit Isiah's Shugga Sex Tape (Vol. 1), below.