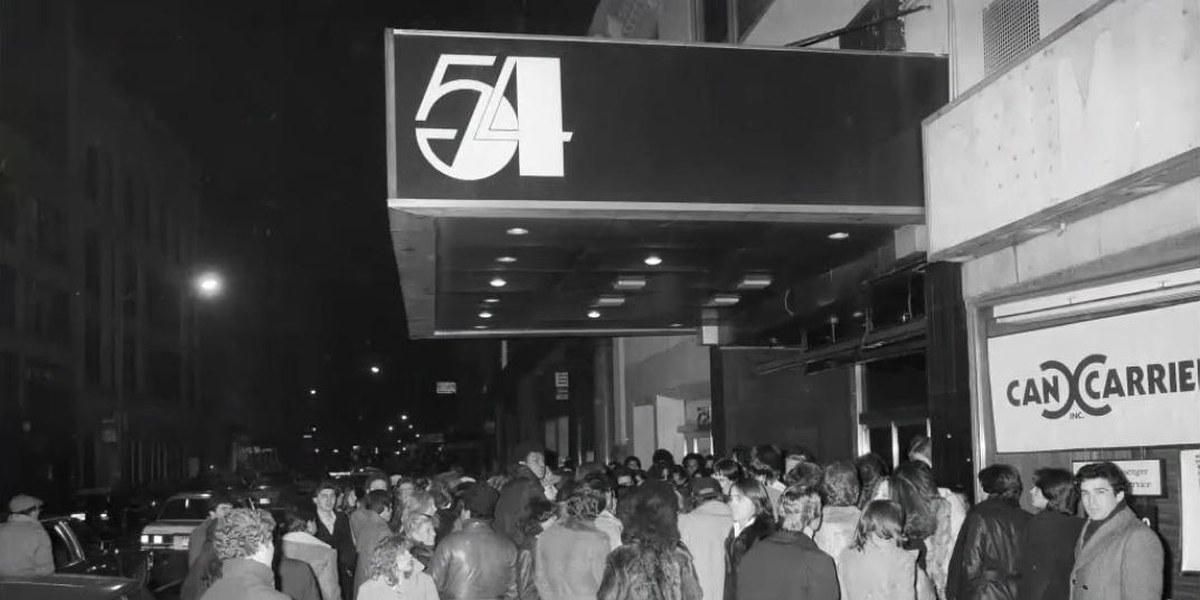 I'm always wildly envious of younger people, but there's one thing I have over them: I went to Studio 54. The legendary 1970s disco arose like a mirage in an old theater on 54th Street. The country was in shambles due to the mass disillusionment over Vietnam and Watergate, and New York's "Fun City" tag had become ironic, because the city was dangerous and decrepit, but here came 54, where you could check your mind at the door and indulge in three floors of fabulous denial.

Getting in was a nightmare, of course. Frisky co-owner Steve Rubell wanted a mixed salad of a crowd, consisting of famous people, media, and everyday Joes who happened to look good or know someone. He once told a couple attempting entry that the man could come in, but the lady didn't quite look good enough. The guy pondered this Sophie's Choice quandary for a second, then shockingly said "Later" to wifey and went right in, choosing a night of frolicsome fun alone.

Fortunately, Rubell knew I was press, so if he was outside, he'd pull me in from the crowd, which resembled something out of the French Revolution. But if Rubell was busy in the club, snooty doorman Marc Benecke was solely in charge. Marc would eye me as if I were a decaying rodent and haughtily refuse to even acknowledge me. I'd stand there in a quilted kimono, being publicly humiliated for hours, and then I'd have to crawl over to the second best disco, Xenon, which was a fate worse than death. It was filled with rejects!

But let's stick to the times I got into 54. The main floor was the dazzling dance floor, where lit-up columns descended and rose up again, and as everyone line-danced to "Lady Bump," a quarter moon with a gigantic spoon attached came down to cheers. This place openly celebrated cocaine use! In their less agoraphobic days, Michael Jackson, Diana Ross, Cher, Dolly Parton, and Andy Warhol all mixed in with the crowd. They were right up in your grill! Purely by chance, I found myself dancing with Margaux Hemingway and talking to Liza Minnelli's best friend—Chita Rivera's daughter--who almost introduced me to Liza.

If you REALLY wanted to meet Liza, downstairs was the unofficial VIP room where the coke spoons weren't fake and attached to any cardboard moon. And the third floor—the balcony---was where you sat and got a blow job from a complete stranger. For all you knew, it might be Cher or Andy Warhol!

Three floors of sheer hedonism, all carried out before anyone knew—or cared—about rehab, AIDS, or financial problems.

On the New Year's Eve that brought in 1979, Grace Jones was the featured performer and the invite promised a continental breakfast after the show. Grace shimmered and delivered, backed by an assortment of writhing male dancers. It's amusing that she feels Lady Gaga has ripped her off, since Grace was "liberally borrowing" from Dietrich, Piaf, and Bowie, but her lack of logic has always been incredibly glamorous, so who cares? The continental breakfast turned out to be a solitary cart, where they tried to create one crepe at a time for a starving crowd of over a thousand. Again, wildly illogical, but kind of desperately chic.

The IRS ultimately busted the club when they found shitloads of cash hidden in the walls. The owners went to jail and the new ones tried to recreate the magic, but by that point, disco was becoming deader than The Brady Bunch Hour. Today, the space is a theater again, and I always go there with a razor blade, hoping there'll still be some money in the walls.