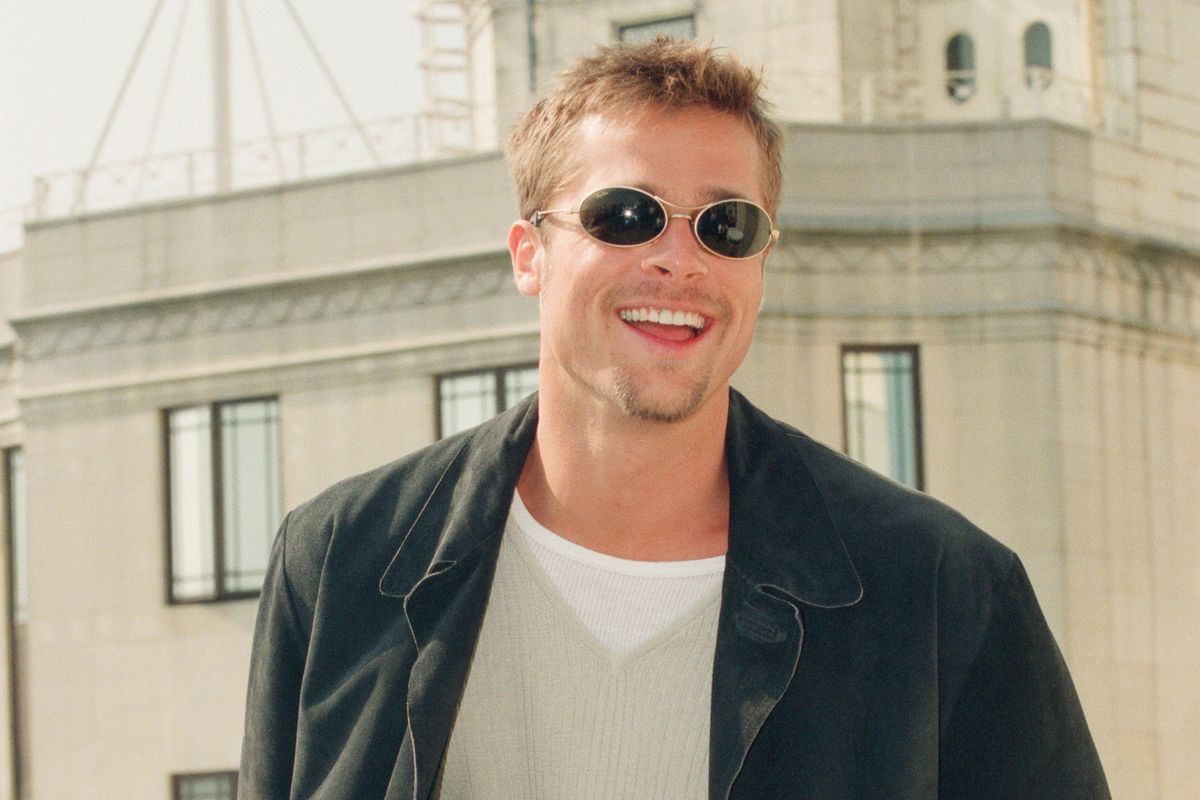 At the apex of public interest in Brad Pitt and Gwyneth Paltrow's relationship — Branyth? Palpitt? — Hollywood's golden couple took a vacation to the Caribbean island of St. Barts. As the lookalike couple soaked up the rays over a period of 10 days in May 1995, a paparazzi lurked around their private property taking pics with a telephoto lens. In one instance, they were snapped completely naked.

To add insult to injury, Pitt was photographed with his man parts tucked between his legs. He was reportedly reenacting the Buffalo Bill dance from Silence of the Lambs, "where he tucks his package between his legs and says how he'd like to copulate with himself," Pitt is quoted as saying in author Valerie Milano's biography on Gwyneth Paltrow.

The resulting photos were published in a British tabloid and then circulated online. Pitt was furious about them being publicized, saying, "Some things have to remain sacred. I mean, come on. They're special moments. And they're private moments. And again, you know, common decency." Pitt was compelled to tell Gwyneth's father, Bruce, about the incident since he felt none of this would have happened if "[Gwyneth] wasn't dating me."

Pitt sued Playgirl magazine in 1997, which published the nudes years later under the clever headline "Pitt Happens!", effectively blocking distribution of the issue. (Some subscribers were lucky enough to get their hands on the only surviving copies in an early mailout). The entire saga was dramatized ad nauseam in the media. The upshot? A mention in country superstar Shania Twain's smash hit "That Don't Impress Me Much."

"Okay, so you're Brad Pitt/ That don't impress me much," Twain deadpans in her playful 1997 song. She recalled writing the lyrics in an August 2017 interview with Billboard, saying, "I was writing this album and there was a scandal of [Pitt] and Gwyneth [Paltrow] where there was naked photos of him. And this was like all the rage. I just thought, 'I don't know what all the fuss is about.'"

She wasn't commenting on Pitt's package, Twain clarified, but on the absurdity of the situation. "We see people naked every day," she continued. "That's really what I thought. I wasn't picking on Brad Pitt. But that was just the association in that moment and things we make fusses about and whatever. Of course, it could have been any gorgeous guy."

Palpitt ended in 1997, likely due to the pressure from the vice-like grip of Pitt's worldwide fame on their engagement. Though they may n'existe plus, surviving copies of August '97 Playgirl can be found on eBay for pretty cheap.

Wardrobe.NYC Introduces a Permanent Collection for the First Time