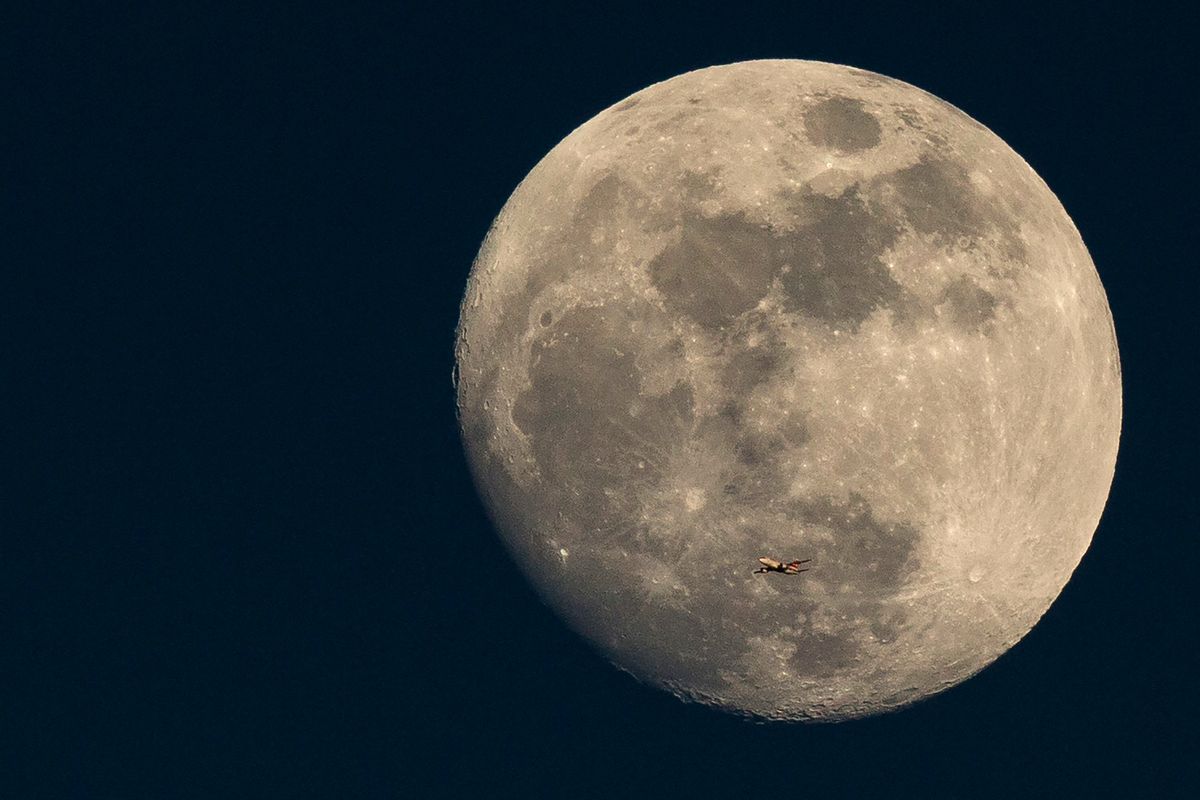 Why Is Everyone Talking About 'Hexing the Moon?'

If you were anywhere near Twitter over the weekend, you probably saw a number of posts about "hexing the moon." And while the majority of mainstream Twitter users were left confused by the premise, it turns out that the tweets were rooted in a very alarming controversy within the online witch community.

Related | Asian-Americans Can Be Witches, Too

According to BuzzFeed, it all started thanks to the a Twitter thread by user @heyyadoraa, which claimed that a small coven of "baby" witches (aka younger, inexperienced witches) on TikTok were cooking up a plan to hex powerful entities they had no business messing with.

WHAT’S GOING ON WITH THE MOON?
✨
a thread, because everyone is confused.

a hex is essentially spellwork that is a collection of negative energy and is directed to someone, something, or a group of someones/somethings. these are intended to have negative effects and cause HARM to them and their lives.

FAE / FAIR FOLK WORK IS NOT FOR BEGINNERS IN ANY FORM. THEY ARE TO BE RESPECTED BUT YOU SHOULD NOT BEGIN A RELATIONSHIP WITH THEM WITHOUT YEARS OF EXPERIENCE IN WITCHCRAFT AND RESEARCH ABOUT THEM.

That said, amongst the targets of these hexes were the fae — "the magical creatures seen in folklore from many cultures," which are typically associated with nature and are known for being mischievous — as well as the moon, both of which are extremely important to many witches and their craft. Needless to say, whispers of these attempts were met with rightful outrage from the vast majority of witches.

If you aren't on tiktok here's an update! New/trendy/uneducated witches of tiktok:
-Hexing the fae
-Hexing the moon
-"Manifesting" toxic/abusive relationships
-Promoting weather spells for children
-Lying about having permission from an elder native to use white sage

me looking at the baby witches who thought hexing the fae and Artemis, the moon goddess, and hurting her therefore pissing off her TWIN, Apollo, the god of healing and medicine, in the MIDDLE OF A PANDEMIC was such a great idea pic.twitter.com/CE8EaTV3BU

However, given the visibility of this particular conversation, the discourse ended up popping up on a number of timelines over the weekend — something that has led to some dismissive rhetoric and even outright jokes about "hexing the moon."

lmao. no, witches did not hex the moon. why? because i have stolen the moon. if you ever want to see your precious moon again, wire me $300,000. DO NOT attempt to hex me i will see you coming a mile away.

But again, as the publication pointed out, these entities are a source of power for many witches and the anger over the controversy is completely warranted. So as the situation continues to unfold, remain respectful of these practices by refraining from any invalidating talk and cut it out with all those "hexing the moon" memes.

this whole hexing the moon thing has really made me realize how much y'all love to disrespect/disregard witches and their religion. the moon is an incredibly important part of their practices, and y'all have the audacity to say "sTop pLayIng hArRy PoTtEr" ? yikes