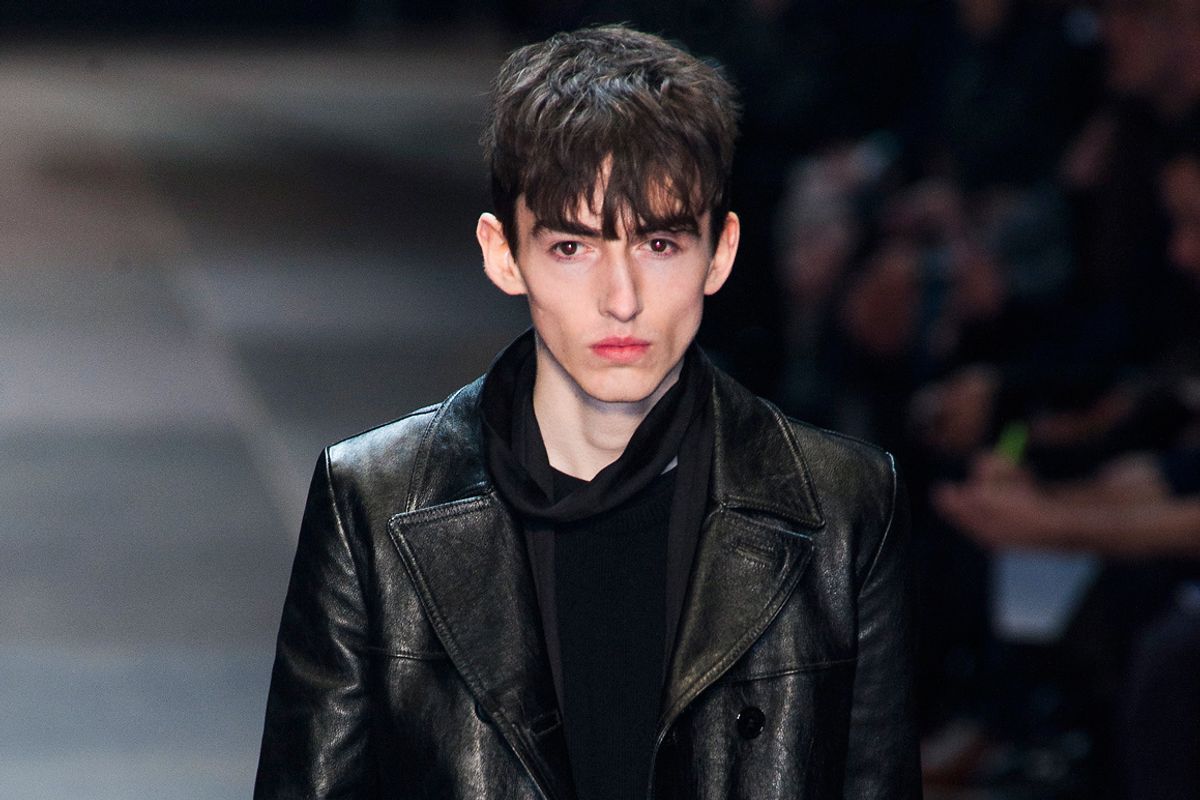 DHCULT, an archival collector of all things Hedi Slimane, has teamed up with the online men's marketplace Grailed for a sale featuring pieces from the designer's tenures at both Dior Homme and Saint Laurent. His stints at both houses, which spanned from his Dior debut in 2000 until his Saint Laurent departure in 2016, solidified him as a brilliant tailor and nightlife's wardrobe connoisseur.

Despite the polarizing reaction to Slimane's Celine debut, formerly known as Céline, the monetary value of his vintage designs — thanks to the popularity of his signature punk-rock aesthetic among men who don't text you back — has remained exorbitant.

In addition to Slimane's archive, the sale will also feature pieces from fellow menswear designers Raf Simons, Rick Owens, and Junya Watanabe for COMME des GARÇONS. According to Hypebeast, the marketplace will feature designs from Simons' eponymous line spanning as far back as his spring 2000 collection.

Karl Lagerfeld notoriously lost 92 pounds to fit into Slimane's slim-fitting garments while the designer was the creative director of Dior Homme. The infamy that Lagerfeld's cosign produced only heightened Slimane's appeal among fashion-forward men at the time. Since then, his aesthetic consistency has prompted both applause and backlash from leaders in the industry, as he's proved time and time again that his signature look will follow him regardless of which house he's helming.

The Hedi Slimane archive will be available on Grailed starting at 12pm EST on February 28. In the meantime, feel free to peruse DHCULT's abundant collection.