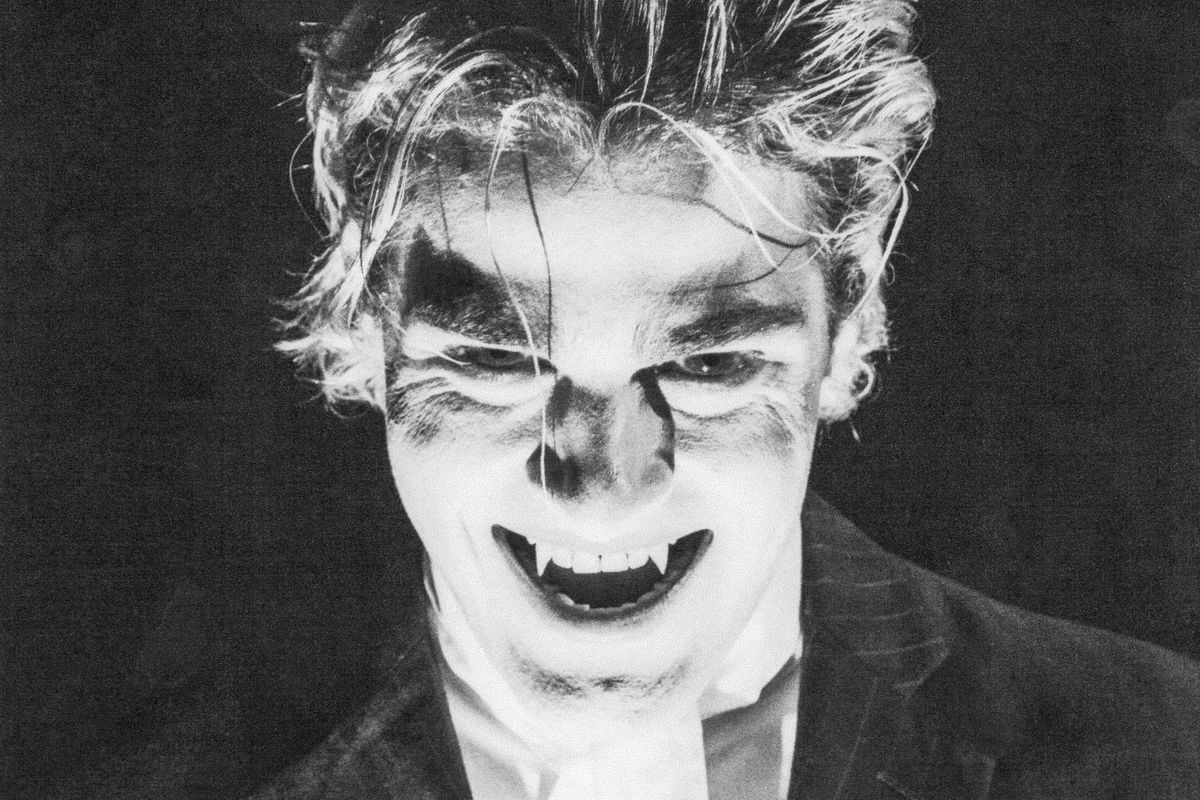 Don't Judge Hearteyes by His Cover

Australian producer/songwriter Maurice Santiago, who performs under the alias Hearteyes, is heralding a more genreless future with his latest mixtape, even headbangers get the blues. The project, which dropped last month, is deeply introspective and marks Hearteyes' second release. Previously, Santiago performed house music as George Michelle and was a member of the post-punk outfit, Death Bells.

On Hearteyes' new mixtape, which incorporates everything from acoustic fingerpicking to dark, electronic sounds and trap-inspired beats, Santiago is explicitly interested in challenging conventions of how music should be made.

"Genre is no longer a boundary, but a malleable, cross-pollinating tool in helping to further articulate an artist's story," he says of wanting to make varied music. "Growing up I loved hardcore, nu-metal and punk. I got into so many different genres of music and artists. I wanted to make a project that was reflective of all my tastes."

Jacket and pants: Aleksandr Manamis (from KOT-J), Shirt and necklaces: Ann Demeulemeester (from KOT-J and Pieces)

Raised in a coastal, Southern Australian beach town, Santiago made trips to Sydney as a teenager, playing in hardcore punk bands and making a name for himself in the underground music scene. After attending college in the country's most populous city, he realized his musical community was so "meshed," meaning he could play music inspired by his love of nu-metal and punk, but also run a record label that experimented with house and techno.

Like many burgeoning artists, from a young age, Santiago discovered himself by constantly trying on new identities. To many of his peers, he was a "punk guy;" to others, he was someone who simply had "cool taste" in music. Ultimately though, he felt boxed in by these labels, as someone who "listens to and is inspired by everything from Charli XCX to Brockhampton to Hailee Steinfeld."

"I played in post-punk bands and made techno and dance music in university," Santiago says. "Everything in Sydney was all in the same spectrum. They overlapped because it's so tiny. You have the dance kids or the club kids going to hardcore and punk shows, and then you have the punk people going to club nights and house raves. Everything was intertwined and meshed. Through that small, Sydney community, you'd just meet everyone, and everyone is down to help out."

Years later, when Santiago created music as Hearteyes, it opened new roads of possibility for him. "Doing Hearteyes is a liberating thing for me, to finally be able to do what I want, to show the world that I'm not just that person people from Sydney are used to me being, the guy that's into 'punk.' I'm into so much more than that," he says.

even headbangers get the blues opens with an acoustic guitar backing a soothing, layered autotuned melody, all before an ominous key change carries a spoke-sung vocal for the remainder of "Attitude Problem." This opening tune sets the tone for the nine other dynamic tracks, including bangers like "Liplock," "Just Pretend" and stripped-back ballads such as "One Month Off," which features hip-hop artist Olive Rush. The project incorporates lyrics that chronicle Santiago's life and mental health struggles dating back to his days as a college student, as well as various homemade sounds. Ultimately, it's like a self-produced collage of who Santiago is now and the winding road he took to arrive here.

The mixtape was recorded entirely on a 15-inch Macbook in a spare bedroom of his parents' house, and Santiago used white Apple earbuds as a microphone for all vocals on the album. The backing guitars and instrumentals were "old samples of music" first recorded as a 20-year-old college student. "No one can tell me if my music is good or bad, right or wrong," Santiago says of his makeshift three week-long creation process. "It feels right to me."

The title is a spin-off from the 1976 novel, Even Cowgirls Get the Blues, but it shares the same sentiment: that everyone experiences sadness, no matter what can be interpreted from their exterior. "I reappropriated the title and put 'headbangers' in there because it goes back to growing up and having this mask, and trying to show the world I was one type of person," Santiago says. "We all go through the same emotions as everyone else. It's about shared human experiences."

The cover photo for even headbangers get the blues was shot by Dakota Gordon under the creative direction of Kurt Johnson, who inspired Santiago to sport gothic face makeup and shine a light on his eccentric, dark personal style. Santiago's ultimate goal was to leave listeners equally surprised by the artwork and the music, so as to say, "Don't judge a book by its cover."

Post-release, Santiago says he wants to use his time in quarantine to build community with other musicians, and to break down common misconceptions behind mixing, mastering and recording software. Mainly, that music production isn't something only professionals with top-tier equipment can execute. He's been hosting tutorials on Instagram and sharing Ableton lessons with other aspiring musicians over Zoom.

"Hearteyes, for me, means make music now," he says. "It's always by necessity, that's why I make music with Apple headphones even when I don't have a mic. I'm trying to show other musicians and producers that you can do that, you can make music from your bedroom. You don't need to be in a studio with $100,000 worth of gear, you can make a whole record with just [headphones] and a laptop."

Santiago continues, "Now more than ever, the market dictates what music is popular, good and bad. Fuck labels, engineers and all the gatekeepers, it's now down to kids and TikTok –– they pick what becomes a hit. I love this generation we're in with music now. Anything can happen. It's so fun."

After all, as Santiago sings on "Just Pretend," "The future feels imminent."