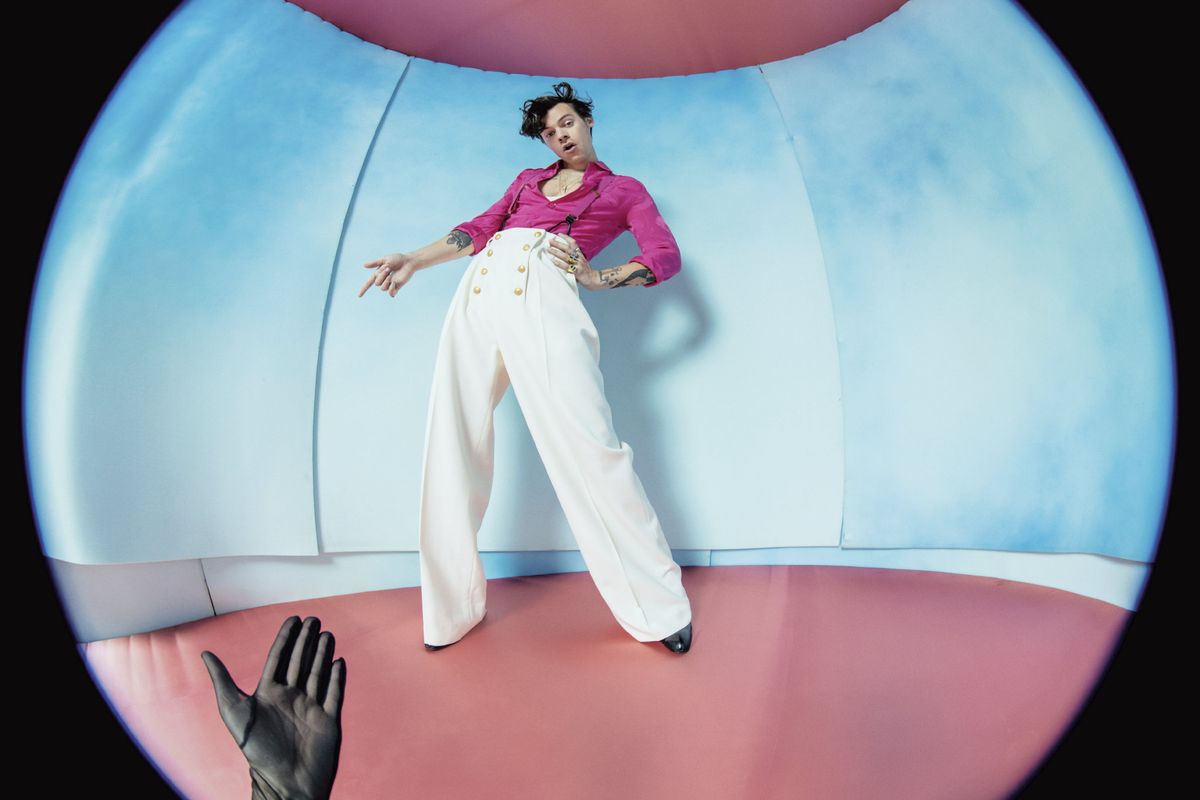 The wait is finally almost over: Harry Styles has announced that his sophomore solo album Fine Line is dropping December 13. Styles' took to his typically radio silent social media this morning to make the announcement.

The Fine Line cover shows Styles' in a funky pink-and-blue room, donning a similar fit seen in the "Lights Up" video, only with a pink top this time. There's also a mysterious gloved hand reaching towards him from the bottom left corner.

More than two years have passed since Styles' last self-titled album was released, and the anticipation for his new project has only skyrocketed — he practically broke the internet a few weeks ago tweeting the word "Do." Since then, Harry has been slowly teasing a new album, first through his single and accompanying video for "Lights Up."

As for what to expect on Fine Line, Styles told Rolling Stone back in August that his new album is "all about having sex and feeling sad." So there's that. And although the album won't be coming until December, Styles will be providing plenty of content November 16, where he's acting as the host and musical guest on Saturday Night Live.

Fine Line is available for pre-save and pre-order starting tomorrow. Until then, the "Lights Up" video is on repeat.