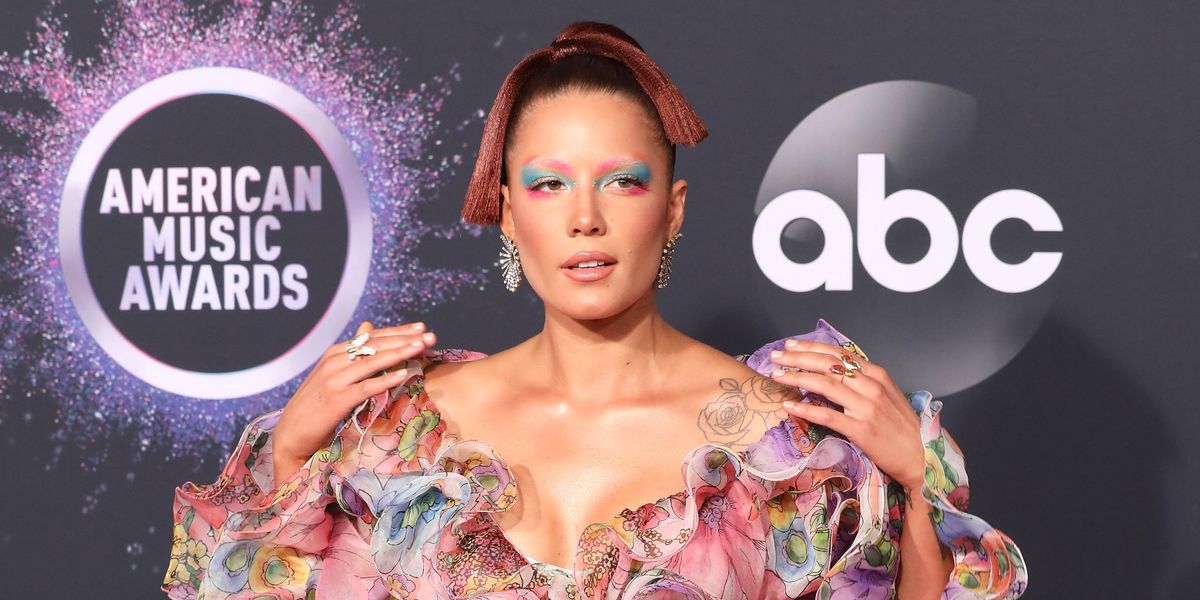 Halsey Canceled the Grammys at the AMAs

Halsey was among the snubbed during this round of Grammy nominations, along with BTS, Taylor Swift, Tyler, The Creator, Megan Thee Stallion and hip hop at large. "I just woke up and the biggest song of my career wasn't nominated either. Can u guys not take ur anger out on me for once or," she tweeted and deleted after it was revealed she'd earned no nominations, reports Page Six.

The pop star saw much more love from the American Music Awards last night in Los Angeles, where she was nominated for Artist of the Year, as well as Favorite Music Video and Favorite Pop/Rock Song for "Without Me." After Halsey helped Taylor Swift murder the show (joining her along with Camila Cabello for "Shake It Off"), she ultimately took home Pop/Rock song, beating out Jonas Brothers, Lil Nas X, Billy Ray Cyrus, Panic! At the Disco, Post Malone and Swae Lee for Favorite Pop/Rock song.

Halsey used her time on-stage to talk about her relationship to award shows, saying that she no longer finds much value in their prestige.

"I grew up watching shows like this," she recalled. "I would sit at home wide-eyed and watch artists in these beautiful gowns and handsome suits, like, stroll up the stairs to the stage and they would hold up these awards and they were usually gold-plated and shiny and weighted, these, like, metaphors, these trophies that were supposed to be some kind of validation for the soul-crushing and heartache-inducing work that they put into writing a song and bringing it to life.

"To be honest with you, I really believed that fairy tale," she continued, "I believed these awards. When I was a kid, I used to believe that this award was the ultimate validating and that I'd come up here and laugh and cry and my fans at home would rejoice because we accomplished this thing together."

She added, "I'm going to keep making music for them and for us. Sometimes you grow up and the stuff you believed in starts to lose its magic but music never does because real fans, real artists, and real stories keep that music alive."

Well, this is going to be awkward when she wins a Grammy in 2020. Anyway, Halsey looked fabulous rocking bleached eyebrows, a geometric chignon/top-knot hybrid and an endless waterfall of Marc Jacobs ruffles. Congrats!