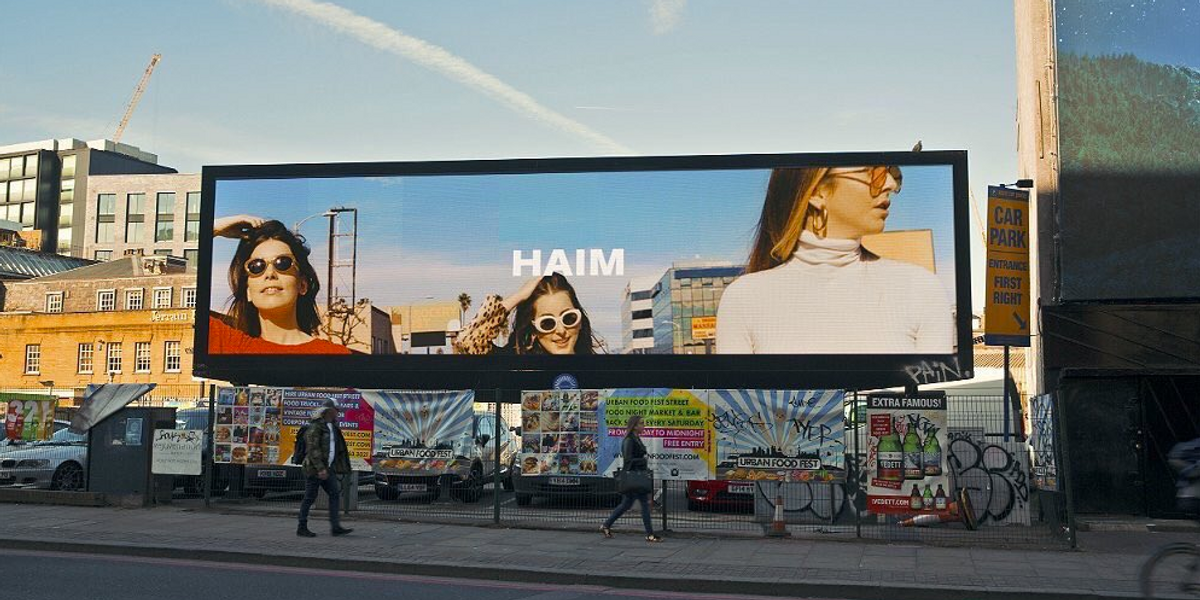 Haim Tease A New Album On Billboards All Over the World

Haim, *the* quintessential Taylor Swift-associated sister band of 2013 has been rawther quiet for almost a year now. After performing two new tracks and a Prince tribute last May, the sisters called off their European tour to finish up the followup to their 2013 smash, Days are Gone. It appears that the release of album numero dos is imminent, because mysterious billboards featuring the Haim sisters have sprung up across the globe in Los Angeles, London, Berlin and Sydney. Their English label, Polydor tweeted and deleted a picture of the billboards with the unambiguous caption "NEW HAIM COMING," and when fans asked Haim to confirm, they replied with that coy lil smirk emoji. You know the one.

Get pumped for the second coming of Haim by rocking out to their newest tracks, "Nothing's Wrong" and "Give Me Just a Little of Your Love" below.