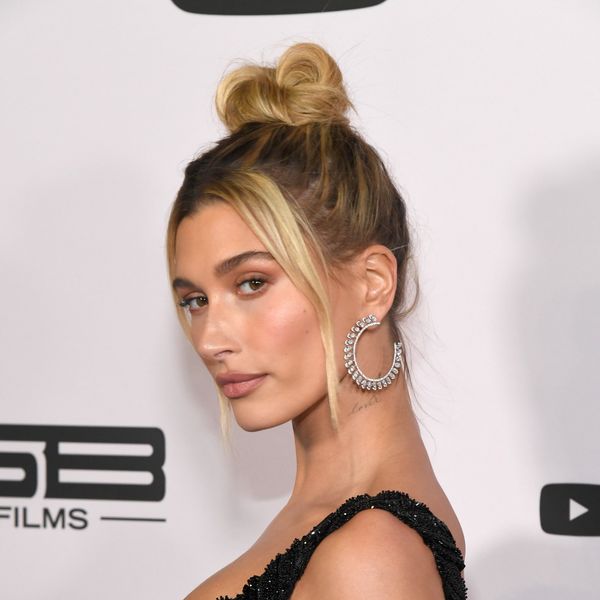 Celebrities and influencers everywhere are beginning to double down on their political stances ahead of the US presidential election, endorsing various candidates in preparation for statewide primaries and caucuses. Now, Hailey Bieber is ready to do the same — and if you were wondering, it's still #HotGirlsForBernie all 2020.

In her new cover story for the March 2020 issue of Elle, Bieber opens up about married life to her pop star boyfriend, her struggles early on in modeling, and — briefly — her pick to win the 2020 presidential election. Candidly and quickly, she reveals to Elle's Molly Lambert that she plans to vote for Bernie. "'Go Bernie! That's who I'm voting for,'" is the matter-of-fact quote.

Related | Hailey Bieber Has Something to Say About Her Fingers

Short, sweet, and to-the-point, Bieber endorsed the Democratic candidate after discussing her devotion to Hillsong Church, an evangelical church that she attends regularly with her husband. In the profile, she is very forthcoming with insight into her faith and describes the community she found in hearing pastors like Nathan Finochio speak to the congregation. When her interviewer responded that she felt a similar togetherness in meeting other people involved with the Democratic Socialists of America, Bieber gushed about Sanders.

Whether or not we'll see Bieber at any official Sanders campaign events or endorsing him further via her massive social media following is yet to be seen. For now, though, #HotGirlsForBernie can count Hailey as a solid +1 in their efforts.