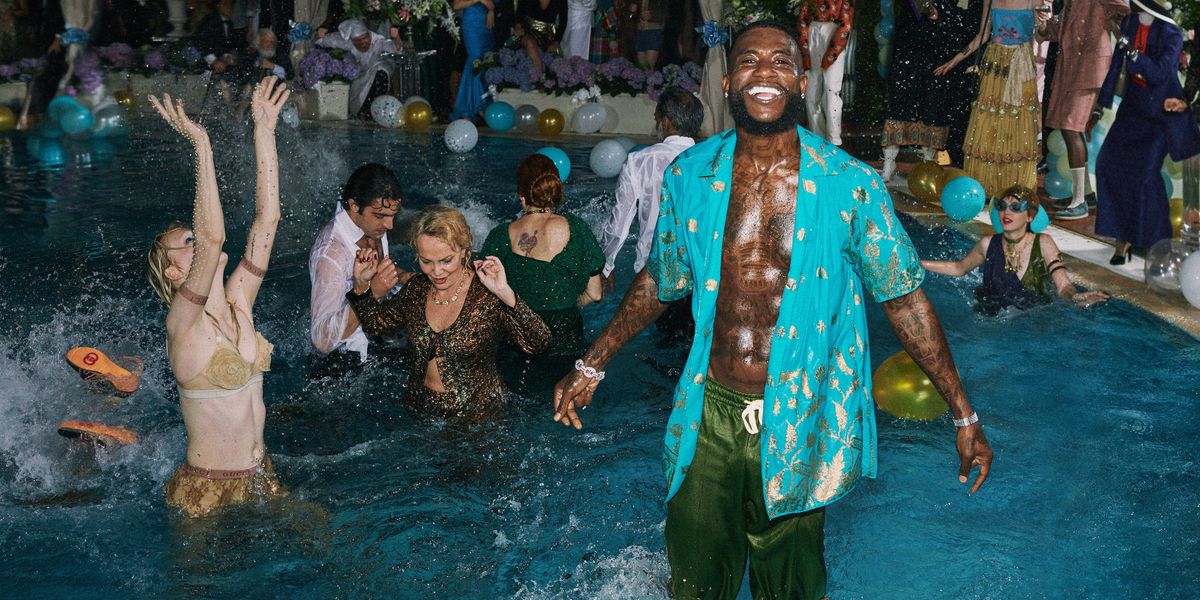 Finally, Gucci Mane Is the Face of Gucci

How is Gucci Mane 39 years old and just starring for his namesake for the first time? Take it as a comfort that the rapper is making his Gucci debut in a near-perfect, powerhouse campaign from the Italian fashion house.

Mane gets a massage, splashes around a bubble bath, plays piano and flirts among other bacchanalia at a mansion house party — circa around 1973 based on the prints — for the Gucci's Cruise 2020 campaign, titled "#ComeAsYouAre_RSVP."

Joining him are peer pop culture icons, Sienna Miller and Iggy Pop. Both, indeed, came as themselves themselves: Sienna as a show-stealing fur-coated diva.

And Iggy, shirtless and resplendent in slides and booty shorts, effortlessly plays a caricature of himself as a wrinkled rockstar, trailed by a gender-neutral posse of lithe admirers.

No huge surprise that the debauchery is the vision of Harmony Korine (of Kids and Spring Breakers fame), who shot and directed the campaign. He directed alongside Gucci artistic director Alessandro Michele, another noted fan of the outrageous and glamorous.

"Gucci is a party and everyone is invited" explains a press release about the campaign, which is meant to embody the house's "playful, liberated and libertarian, and also inclusive, hedonist and uninhibited" spirit. At long last, Gucci Mane is invited to the party.

Check out more imagery from the campaign, below.