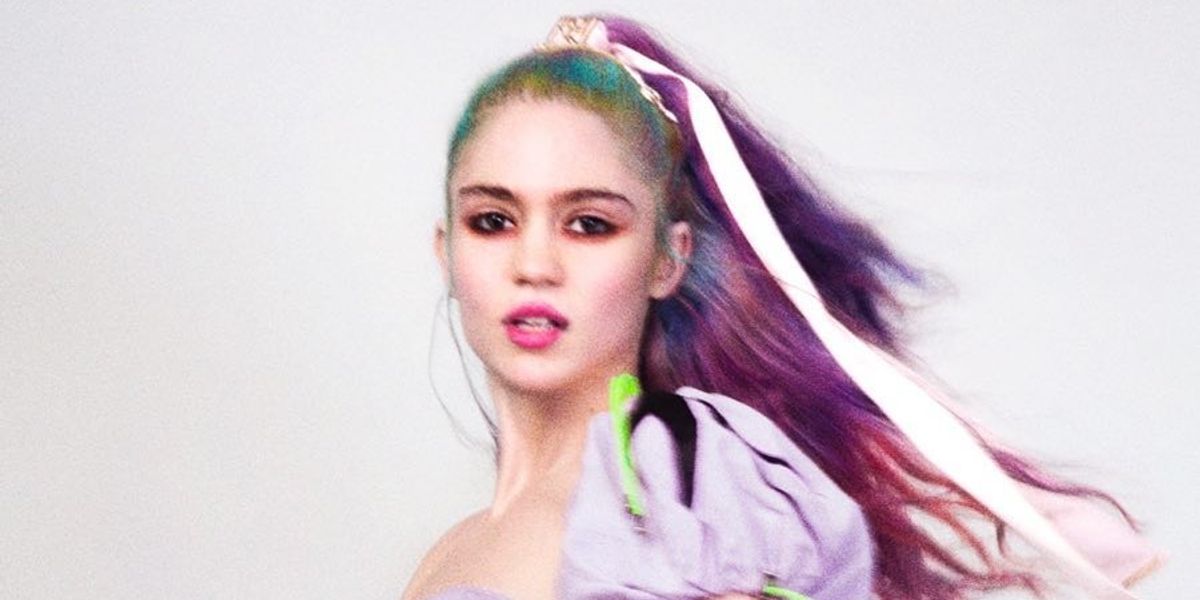 Grimes has succeeded in her quest to make Spotify recognize "ethereal" as a music genre.

The platform recently partnered with the singer for a 125-song, seven-hour playlist that features FKA twigs, Caroline Polachek, James Blake, SOPHIE, 070 Shake and more. Its description says that it's "dedicated to experimentalism with strong elements of pop and universal beauty."

Grimes took to Twitter to announce that the fruits of her labor had come true. "@Spotify has recognized ethereal music as a genre! (I forgot I petitioned for his haha)."

In her original campaign, Grimes created her own playlist of ethereal music based on feedback she'd been receiving. Dark, deep and often mysterious, Grimes doesn't sound like your typical pop star — and many agreed on that.

Related | Since When Was 'Escape Room' a Genre?

So instead of just owning the "ethereal" descriptor, Grimes decided to publicly argue for that to be considered a genre. "We petition that ethereal should be an official genre on streaming platforms," she wrote. "We are constantly told that Grimes doesn't fit into any existing format or genre and therefore cannot be on playlists or radio."

Grimes continued, "We argue that there is a long lineage of auteur artists, often producing their own music and/ or directing their own music videos. Oft with a heavy visual component and fantasy, sci fi or literary elements... often very ethereal, otherworldly, and futuristic in nature. (It fits nicely into subgenres: ethereal-techno, ethereal-rap, ethereal-metal etc?) Maybe it isn't a genre but it might be! What do you think???? It would be cool if there was a home for ethereal music."

Now that ethereal does have a home, and is inclusive of artists across all genres on the playlist, it'll be interesting to see where it goes from here. Could it get its own award show? If so, would Grimes be the host and winner of all its awards? Also, what ever happened to "escape room"?

Check out Grimes' new playlist up, above.