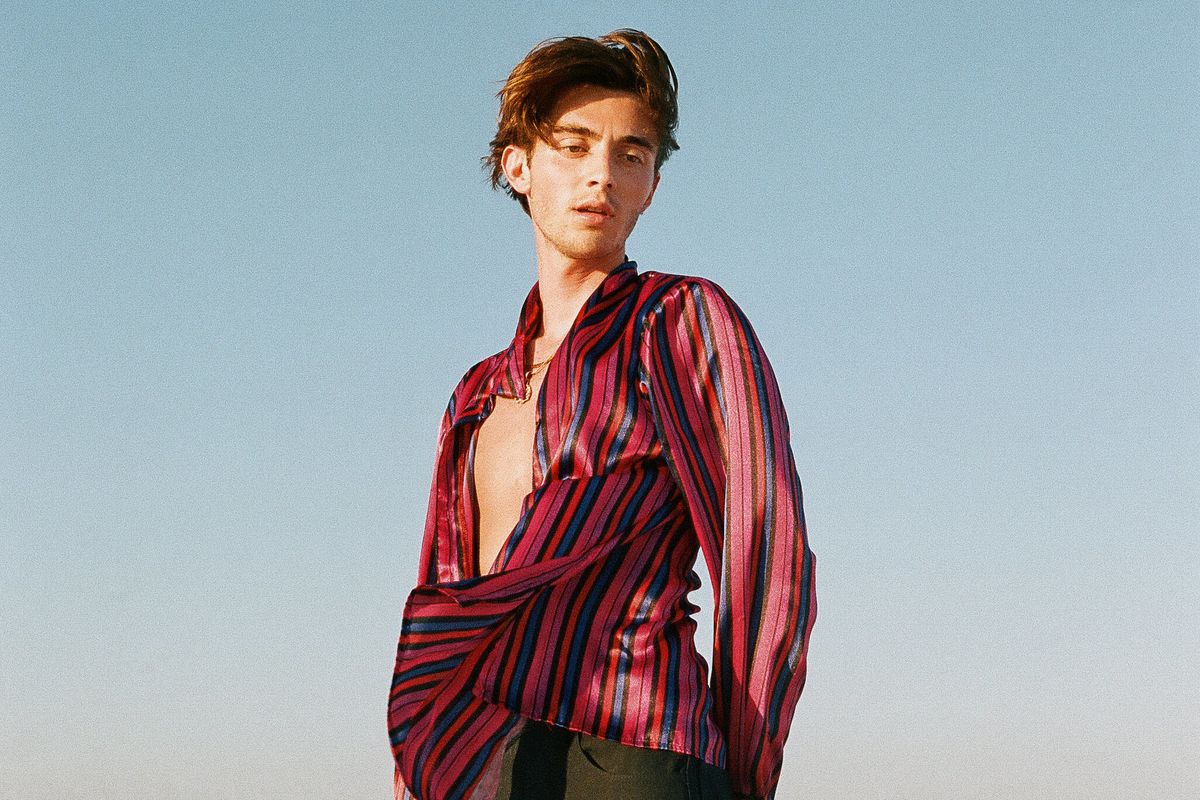 "I am sure many will take the main character as being shameful of who he is, but that is not the case at all. The character isn't shameful, but rather he is broken," Greyson Chance says of the music video for his song "White Roses," the midpoint of his 2019 studio album, Portraits. It's an important distinction to make when discussing a video concept that revolves around a character concealing all or some parts of their sexuality — a tale that was once a reality for Chance.

Directed by Bobby Hanaford and Chance himself, the music video tackles the loss and hurt involved with bursts of free expression, still limited by the confines of current relationships. Rather than have moments of abandon, like the one that occurs at the climax of the video for "White Roses," be laced with shame, Chance is painting a picture of truly intimate rupture. "Just like the world around them, each character in the video is likewise broken," Chance explains, leaving no question as to the radius of impact caused by one hiding their identity from loved ones. "I am portrayed by the boy in the trailer."

Having come out publicly to his fans in July 2017, the pop star's most recent works have covered a broad range of topics related to identity. Portraits told a story that captured more than just a sense of what his "coming out" was like. Instead, it covered heartbreak in a way that he had never been able to express before, and uninhibited bliss in a way he had never been able to experience prior to being fully honest with his fans.

"The song has always been the most personal track on the record for me and I knew that the video had to be similarly vulnerable," Chance says. The narrative of the video follows that of the song itself, echoing visually the line, "Darling be careful with me because there's a part of me you don't know," from the chorus. An internally frustrated young man and his girlfriend are hanging out with friends when the young man makes eye contact with another guy in the group. Later, after his girlfriend has fallen asleep, he leaves bed to go see the man he had made eye contact with — and the gates of heaven and hell open simultaneously.

The visual journey is so specific to Chance and Portraits as a whole, that it feels nearly documentary-like; the video is almost a dramatization of events that are now hidden by years of Pride performances and advocacy. This is likely why Chance drives home the point that "White Roses" isn't about shame, but a more general brokenness among lovers and friends affected by hidden love: he was once similarly lost.

Watch the PAPER premiere of "White Roses," below.