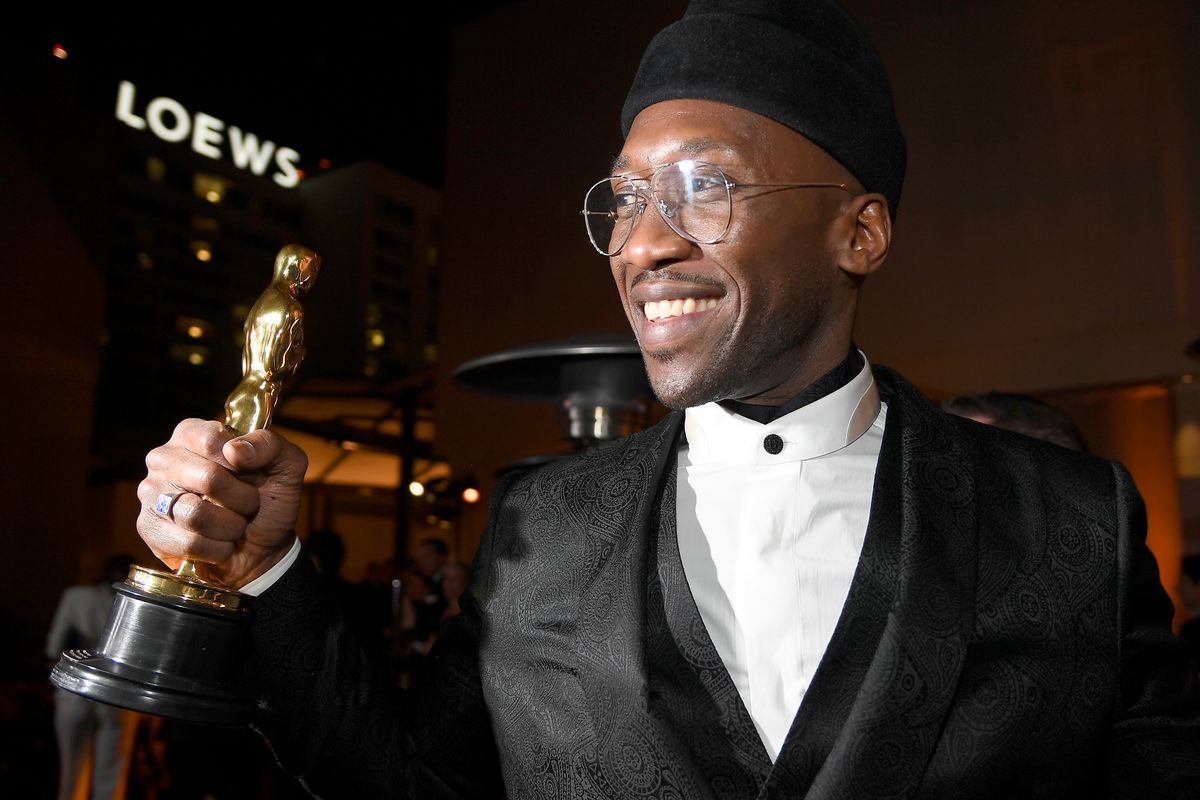 These 'Green Book' Memes Are So Accurate About Racism It Hurts

It's the Monday after Hollywood's Biggest Night™, so Oscars feedback continues to pour in. Many have noted that this year's ceremony was the most diverse yet, from presenters and nominees to actual winners. Notably, Hannah Beachler (of Black Panther's production design) and Ruth E. Carter (of BP's costuming), won in those categories last night, marking the first time Black women have won in non-acting nominations.

With that progress in mind, why did Green Book, which many critics have called a sanitized gloss of race relations in the '60s American South, take home Best Picture, the night's top prize? Even though Mahershala Ali won Best Supporting Actor for his role in Green Book, it points to a deeper issue of nominated Black actors who win for playing sympathetic roles that primarily appeal to white audiences. (i.e. Octavia Spencer in The Help, Viola Davis in Doubt, Lupita Nyong'o in 12 Years a Slave).

The film is based on a true story of a white man who befriends the Black musician he drives for a concert tour. The name of the film comes from a publication that helped African-Americans find establishments that would serve them in the Jim Crow South. When the movie hit theaters, relatives of protagonist Don Shirley (played by Mahershala Ali), took issue with the film's accuracy. Ali told The Associated Press in November that the film is a portrait of race in America unlike one by Barry Jenkins (whose 2016 film Moonlight also received an acting Oscar nod for), Amma Asante or Ava DuVernay. At the time, Ali said he believed the film's uplifting approach has value.

"A couple of times I've seen 'white savior' comments and I don't think that's true," he said. "Or the 'reverse Driving Miss Daisy thing, I don't agree with. If you were to call this film a 'reverse' Driving Miss Daisy, then you would have to reverse the history of slavery and colonialism. It would have to be all Black presidents and all white slaves."

Spike Lee, who won his first, long overdue Oscar last night for the BlacKkKlansman screenplay, and stole the show with his very relatable facial expressions about pretty much everything that happened, was very vocal about his disdain for the film, likening the Best Picture win to a "bad call" a referee might make at a sporting event.

A series of memes using the film title began circulating online. And, lo and behold, they contain deep-seated truths about how Black people are often viewed, particularly through the lens of white people who likely don't consider themselves racist or as having implicit bias. You know: the well-meaning white friend who reminds you of their Black friends, or touches your hair, or remarks about how attractive you are... for a Black person (!!!).

These microaggressions underscore the way in which films like Green Book might also pander to white audiences, as if to remind them that systemic racism is somehow a thing of the past. Not so, says the Internet or anyone who is paying attention. While we hope for the day we can "all just get along," a quick browse of the comments in these memes proves that this idea is currently a white myth if there ever was one. See some of the most enlightening, painfully accurate tweets, below.