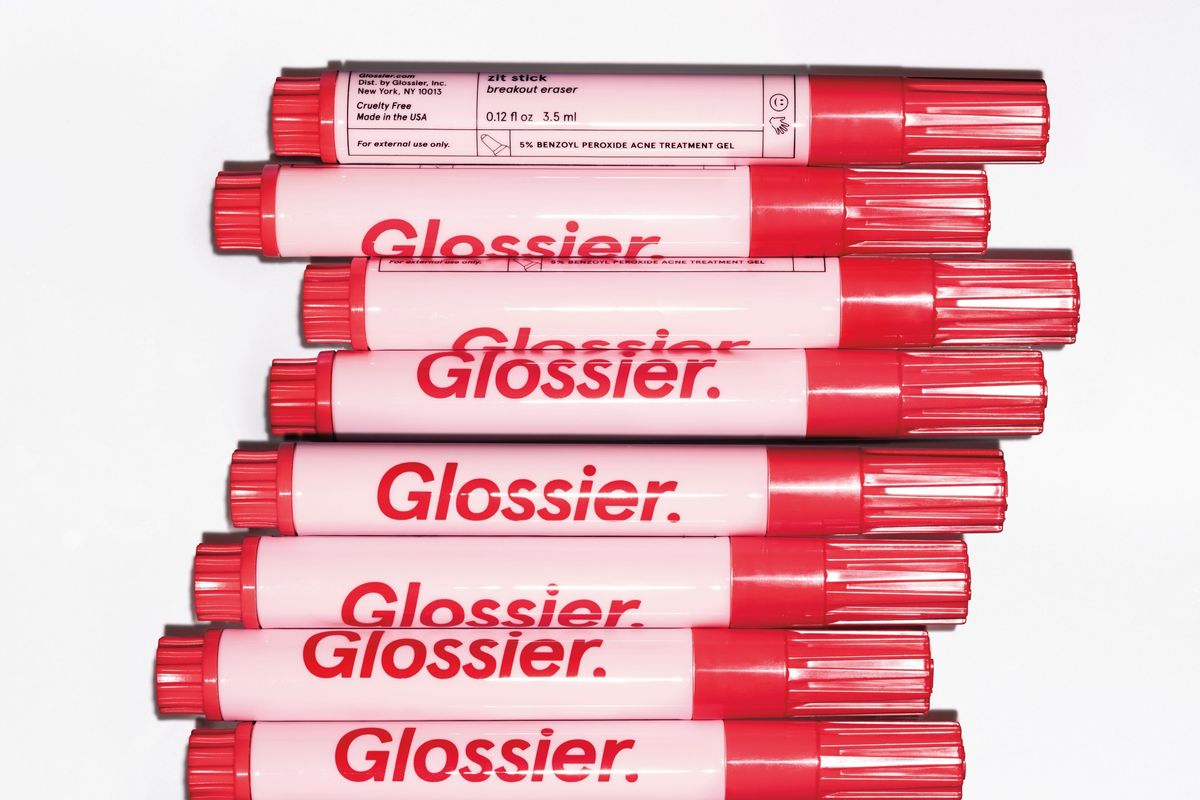 There are a million acne-fighting products on the market, but you have to admit most of them are kind of ugly. Like, you're going to want to hide them away in the bathroom cupboard most of the time. Not so with Glossier's latest release: the Zit Stick, a millennial pink blemish treatment that looks like a chic permanent marker.

Glossier is known for its "skincare first, make up second" philosophy, and Zit Stick makes a nice companion to Solution ––which has been on back order for a while now. While Solution is a smoothing chemical exfoliator more suited to the hardcore skincare-heads among us, Zit Stick is a pocket-friendly spot treatment that can be carried around in case of emergency.

Related | Who Is Winning The Online Beauty Battle?

It works kind of like an old school lipgloss, or a Tide pen. You twist one end, and product is dispensed onto a rollerball (made of antimicrobial stainless steel) on the other. The formula is translucent and quick-drying, which makes it ideal for applying on the go. Zit Stick's ingredients will look familiar to anyone who has scoured the pharmacy shelves in search of an acne cure: tea tree oil, benzoyl peroxide, and salicylic acid. It's rare to see all of them combined, though, so here's hoping the pen has triple the power of your average blemish treatment. To combat redness and aggravation, it also contains soothing vitamin B.

Is this the revolutionary acne cure we've all been waiting for since puberty? Probably not. But it sure looks cute, and the portability is a plus.

Zit Stick launches tomorrow, September 6, on the Glossier site. Until then, you'll just have to stay calm and resist the urge to pick.