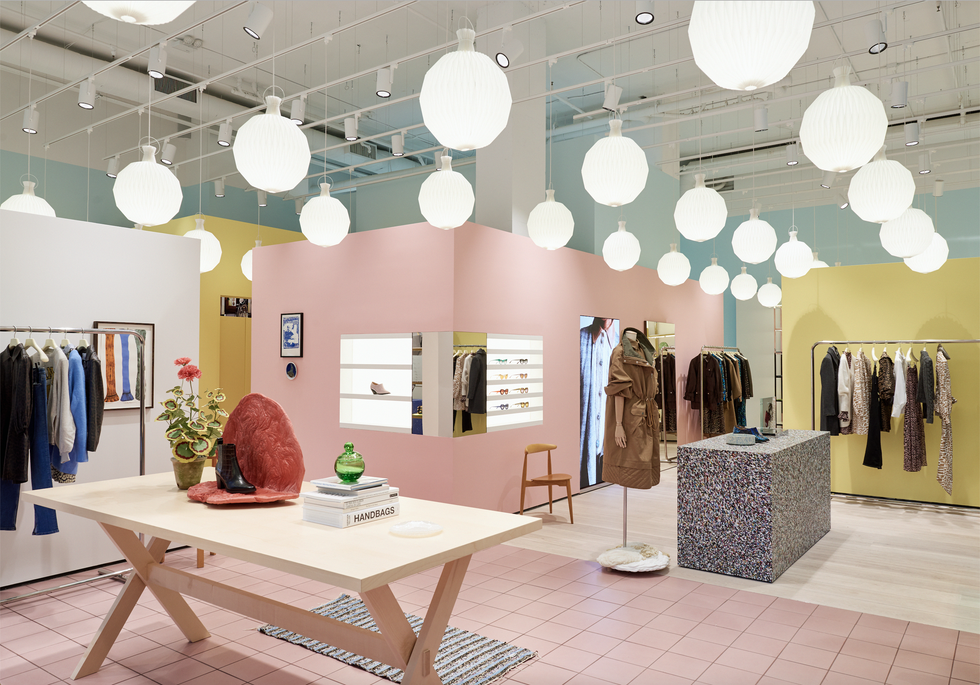 In the past few years, Danish contemporary brand Ganni has emerged as one of fashion's biggest sensations. Its Scandanavian-chic tribe of #GanniGirls, as they're called, are known for their effortless uniform of leopard prints, colorful easy dresses and cool denim (at an affordable price point). And while they have a strong presence in the U.S. through specialty and department stores, they've never had their own physical standalone stores stateside, until now.

With a newly opened store in New York City's SoHo neighborhood and a Melrose location opening this week in Los Angeles, Ganni is finally making its full offerings and experience available to fans outside of Europe. The push is part of an aggressive U.S. expansion plan, and comes on the heels of an American road trip where the brand visited key stops from NYC to L.A.

In addition to housing the full universe of Ganni's offerings, the two stores will stock limited-edition and exclusive product, including a sweatshirt and T-shirt with a graphic smiley face. Inside, ceramics and artworks from emerging female artists and unique furniture pieces fill the space, and photographs of the brand's hometown of Copenhagen cover the walls.

Both flagship stores were also designed with sustainability in mind, from vintage restored furniture to display podiums crafted from recycled plastic waste to mannequin stands made from plastic chair byproducts. The brand has launched 30+ sustainable initiatives to date, including mapping and reducing its carbon footprint through its pledge to the Charter for Climate Action.