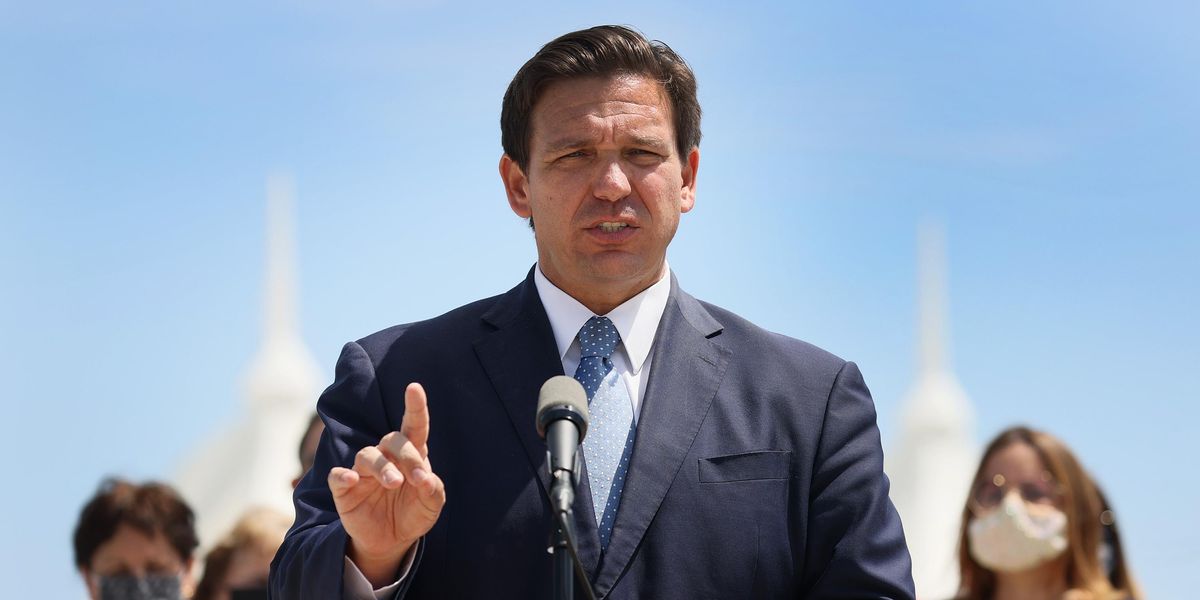 We're only two days into Pride month and Republican lawmakers are actively stripping the annual LGBTQ+ celebration of its rainbow colors. Specifically for Florida Governor Ron DeSantis, June 1st saw him legalize discrimination against trans youth and now June 2nd has brought about his denying mental healthcare funding for survivors of the Pulse nightclub massacre.

Dubbed the "Fairness in Women's Sports Act," DeSantis' bill bans trans athletes from competing on girls' and women's sports teams, ranging from middle school through college. The law extends to all public school sports teams, as well as intramural and club teams, and requires students to produce a birth certificate to prove they were assigned female at birth if they want to play, let alone compete.

According to NBC, the bill is unclear about whether or not cisgender students will be required to do the same (I'm going to take a wild guess and say probably not), but it does give them the horrific power to "sue if a school allows a transgender girl or woman to play on a team intended for biological females."

Despite insisting on the contrary, DeSantis' timing sends a clear message that trans kids aren't welcome in his state. He even went so far as to outright invalidate their identities when articulating his support for the bill. "In Florida, girls are going to play girls sports," Desantis said, "and boys are going to play boys sports."

In addition to that, DeSantis also made a point to sign the bill into law at the private Trinity Christian Academy in Jacksonville, which reportedly has a school policy that says students can be expelled for "homosexuality, lesbianism, bisexuality [and] trans-sexuality."

Despite there being no legitimate evidence, outside of circumstantial anecdotes, that trans women have any athletic advantage over cisgender women whatsoever, trans sports bans have become the latest rallying point for conservatives looking for ways to legalize discrimination.

Florida's ban is only the latest in a wave of new legislation being proposed at the state level aimed at penalizing trans kids for their identity with at least 22 bills spread across 17 states having introduced similar legislation this year.

This past March, Mississippi became the first state to pass a ban targeted towards trans women in sports with Alabama, Arkansas and Tennessee passing similar laws (with the last state having the extra special distinction of being the only one to have a ban that applies to all trans students, regardless of gender).

However, earlier this year, the Biden administration did issue an executive order extending LGBTQ+ anti-discrimination protections in healthcare, housing and educational settings.