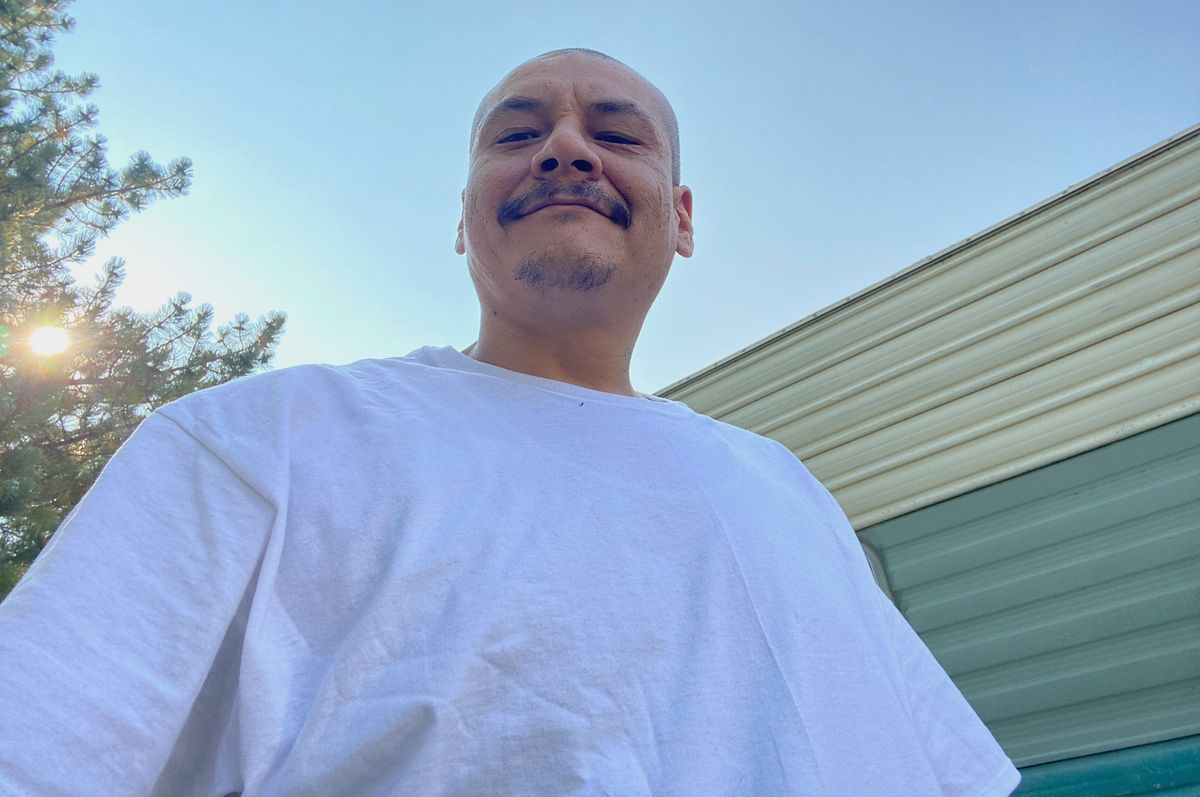 Over the past week, the internet has fallen in love with a cranberry juice-drinking skateboarder named Nathan Apodaca. Better known by his handle @420doggface208, the Idaho Falls-based content creator initially went viral after uploading a TikTok of himself skating on the highway and lip-syncing to Fleetwood Mac's 1977 hit "Dreams" — and if you watch it, it's easy to see why.

A video that really can only be described as "pure vibes," since it was posted on September 25, the clip has racked up more than 20 million views on TikTok, caused a 374% spike in streams of "Dreams," and even garnered the co-sign of Fleetwood Mac themselves. In the wake of going viral, it was also reported that Apodaca had received $10,000 in donations — a number that's only continued to multiply in the past week.

"I was like, 'Holy shit, this is insane,'" he told PAPER, adding that he's currently trying to use the money to buy a new truck. After all, as he explained, the reason why he was skating on the freeway in the first place was because his car had stalled out on his way to work at a potato warehouse.

"I was like, 'Man, I'm not gonna just sit and be late and lose my bonus or whatever. I'm not gonna wait for a jump.' So I grabbed my juice, which I always have with me, and my longboard, which I have with me in case I run out of gas, jumped out and started skating up the highway," Apodaca said.

After reaching the top of the highway, Apodaca realized that he hadn't posted that day and decided to record a quick, one-take video as he rolled down an off-ramp. And with five minutes to spare before punching in, he posted it online — even though he almost decided against it because he thought people would think he was "freaking lame" for "going too slow" on his skateboard.

However, much to Apodaca's surprise, the video went viral within a few hours, even surpassing other popular videos he's done. Since then though, several of his older TikToks have also started doing numbers, with the internet-at-large continuing to gravitate toward his cache of extremely chill content.

After all, amidst the ongoing garbage fire that is 2020, clips of him killing the choreo to "WAP," as well as performing dance skits to songs like Weezer's "Island in the Sun" and Avril Lavigne's "Sk8r Boi" have become a welcome respite from the daily doom-scroll.

"I think it's mainly because we're in a time of needing something different out there in the news," he hypothesized, though he went on to say that he's still blown away by his newfound internet stardom.

"Honestly, the most insane thing to me is that I honestly can't go nowhere now. I feel like one of those [famous] people now," he laughed, before adding that it's also been fun to see his daughters enjoy the bragging rights of having a TikTok-famous dad.

"I'll just look over, and even with the mask, people will be like, 'You're that dude. I love your videos,'" he said. "It's crazy, the attention I'm getting from people."

Granted, he said he mostly feels humbled by all the love the people have shown him — especially since the donations have allowed him to live a little more "comfortably." As Apodaca explained, he's been drifting around for the past couple of years, living in a tent by the river after his mother lost her home before buying the old RV he now lives in. Now though, he said that he's looking into getting his own place with the assistance of a local realtor, who apparently offered to help with the down payment on a house.

"I don't have to worry about my phone getting shut off now, you know what I mean?" he said. "It's crazy, like I had bills on bills and I'm finally getting caught up."

Aside from finally getting his own spot and a new car, according to him, the biggest upside of his recent celebrity has been the ability to help out his family — including gifting his mom $5,000 and his dad a used truck that he's always wanted.

"The biggest thing to me is being able to show my mom and my dad that I love them. That's what you're supposed to do, right?" he said, before joking that he now feels like Mr. Beast, a YouTuber who's known for his philanthropic gift videos. "Why sit there and guard this money when I can make my family smile?"

"It brings joy to me to see them get things they'd never imagine they'd get. And I'm getting mine soon," Apodaca said with a laugh. "I'm just patiently waiting for my damn truck and a place to live in now. But other than that, I'm just good."