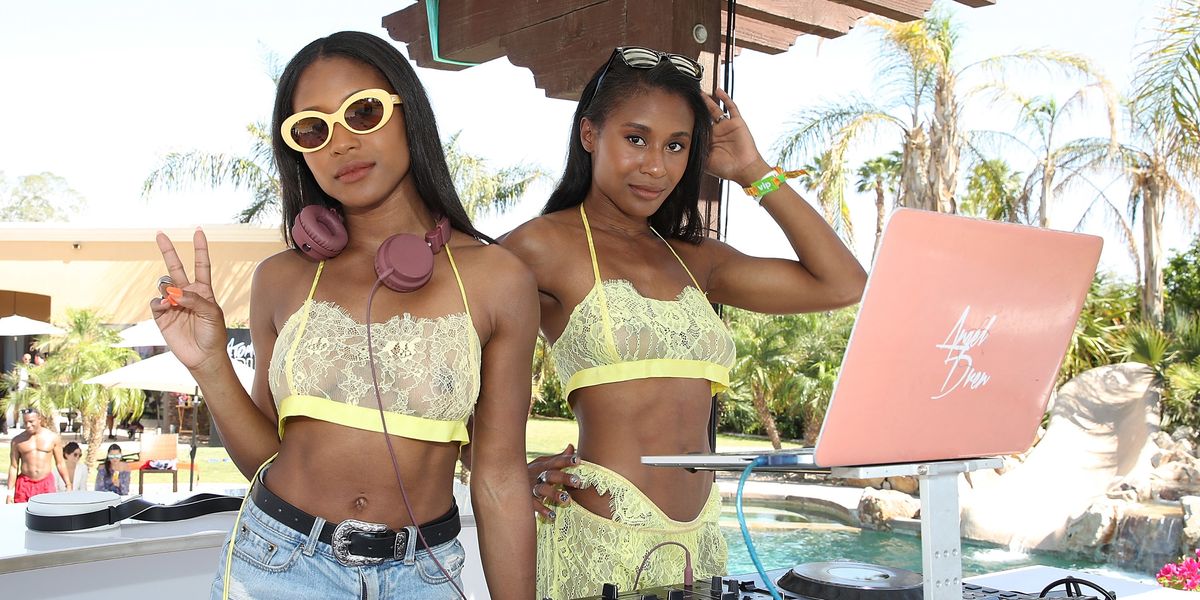 Hey Festivals, Here Are the Female DJs You Should Be Booking

There was a time when female DJs were few and far between. Back when Spinderella and Jazzy Joyce were some of the few names that came to mind when thinking about bonafide female mix masters. While times have definitely changed, the rampant sexism in music means some of the industry's most exciting DJs and producers aren't getting their platform. Just today 45 music festivals pledged to ensure their lineups gender balanced... by 2022, so we've decided to take care the four years-worth (?) of research for organizers and deliver a definitive list of female DJ's they can book for 2019.

Meet downtown's sweetheart Vashtie Kola. In addition to the Drake nod on the latest Migos' album Culture II (Used to be Vashtie at Santos, that's on Tommy Campos / We live like Sopranos), Vashtie has been respected and cosigned by some renowned artists throughout her career. She's been known to DJ some of the hottest nights in NYC including that of her very own creation, 1992 The Party. A true renaissance woman, Kola has also directed videos for Kendrick Lamar, Joey Bada$ and has led campaigns with Swarovski, Puma, G-Shock, and more. If anyone deserves a place on the lineup, it's Vashtie.

There's no question DJ Miss Milan is leaving her stamp on New York City music scene. For about three years the Queens-native has been milli-rocking sets across the city — she even co-hosted an episode of Tax Season with Tax Stone, Casanova, and Manolo Rose. She also appeared guest DJ on the MTV2 series Uncommon Sense and Puma, Reebok, Dusse Cognac, Ciroc, Vibe and Essence have all tapped Miss Milan for providing the vibes at their events.

What's better than one DJ? Two. Twin mix masters, Angel & Dren know all about commanding a crowd, BPMs, and Technics 1200s. The Bronx duo turned a DJing hobby into a career and passion for fashion into the respected brand, A+D. Their signature mixes on Soundcloud showcase their range within Hip Hop, EDM, Grime, and more. The twins also have a partnership with Nike...goals.

If you haven't seen these two young queens shred the turntables on their viral Instagram and YouTube videos, you must be living under a rock. DJs Amira and Kayla are 12-year-old twins who are not only adorable, but are scratching their way into our hearts with their incredible skills. At the ripe age of 3, the girls started messing around with their dad/manager's DJ equipment and have been committed to the craft ever since.

With just shy of one million subscribers on Youtube, DJ Juicy M has crowd control at the tips of her fingers. The Ukranian DJ started out as on vinyl and is now known for her flawless skills while playing without headphones. Juicy M has a natural talent for mixing and delivering a sonically unique set every time she hits a stage.

Russian DJ, Producer, and singer Nina Kraviz is a beacon of female empowerment in the male-dominated industry. Before discovering her love for DJing, Kraviz studied dentistry, worked at an event agency, and became a journalist for an electronic music newspaper. Her diverse background and raw DJ skills have landed her shows on BBC Radio 1, residencies in Ibiza, and DJ sets at music festivals worldwide. Nina is also a label head at трип ("trip"), a techno record label. Queen.

The Philadelphia mix show DJ, Diamond Kuts, is well respected for her keen ear for Hip Hop. Diamond Kuts was the first DJ to break Lil Uzi Vert on the radio, she toured with Nicki Minaj (as well as producing her record "Stupid Hoe") and is currently up for a Global Spin Award. If it's not in one of the biggest clubs in the country, or on Power 99 in PA, DJ Diamond Kuts can be found delivering one of the hottest remixes to your favorite tracks.

Brooklyn-bred Cachee Livingston A.K.A DJ Kitty Cash, believes DJing is a genderless art form. As a woman of Trinidadian descent, Kitty Cash is well-versed in sets that include Reggae, Soca, and Hip Hop. In addition to spinning parties, Kitty Cash was previously a fashion publicist and also the founder of a multimedia platform, The I Am Woman Project. The project highlights and share stories from women and about women across all cultural backgrounds.

The definition of multi-hypenate, digital influencer, young creative genius, and DJ Brittany Sky has taken over New York. You may recognize her from Kendrick Lamar's "Poetic Justice" music video where she played the leading lady, or partnering with companies such as Amazon, W Hotels, Heineken, Target and more. Sky has toured with Cee-Lo Green and Future and played sets for a number of exciting events. Check out Sky's YouTube channels gives you a peek into her busy and exciting career.

A music selector, tv host, and curator, Jasmine Solano is half of the DJ music duo Electric Punnany with Melo-X. Solano has turned tables internationally for Wiz Kalifa, (the queen) Beyoncé, MTV, HBO, Apple, Fendi, and the list goes on. Jasmine, or Jsmn, also produced and hosted the MTV World's Scratch the Surface series and has been labeled a hip-hop activist.

We've done our part, now it's your turn.

All images via Getty