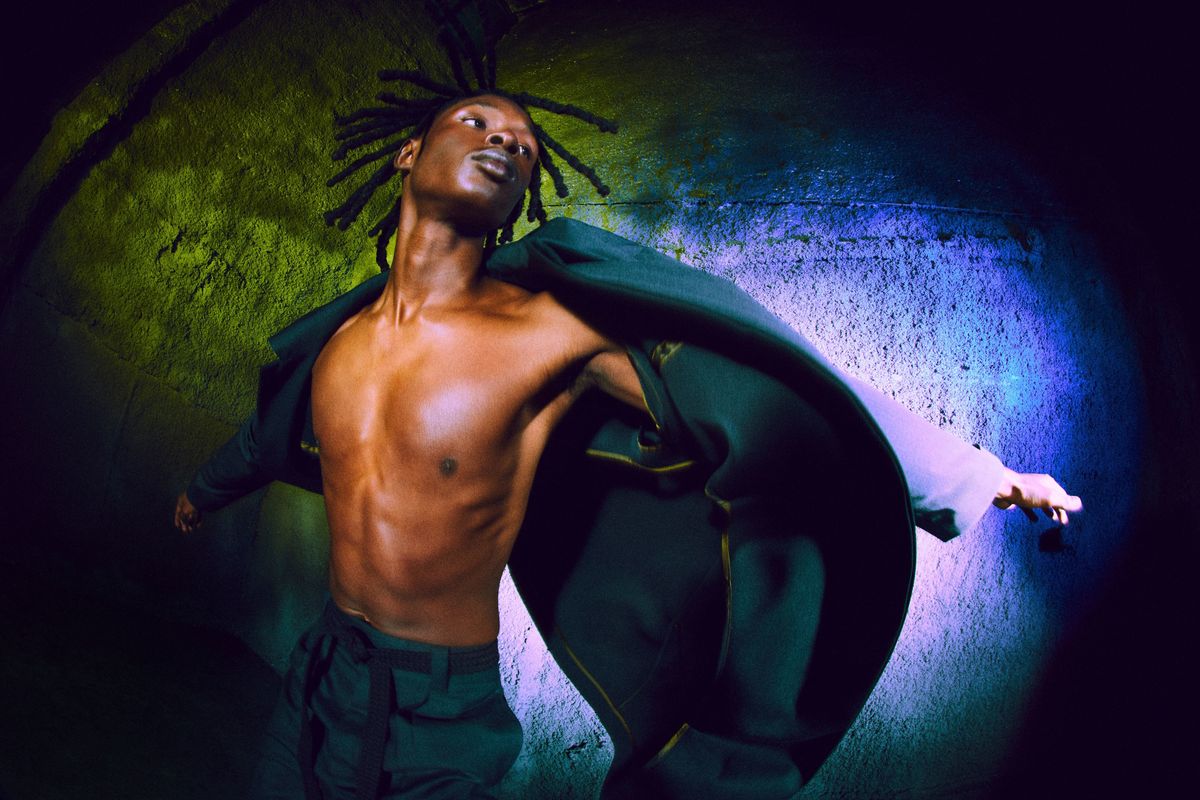 Back in March, on the tail end of Paris Fashion Week, two designers with vastly different aesthetics formed an unlikely partnership, resulting in one of the most surprising and compelling collections of the season. Now, Fear of God Exclusively for Ermenegildo Zegna has finally arrived after months of anticipation.

At first glance, Jerry Lorenzo of Fear of God and Zegna's artistic director Alessandro Sartori could not be more different. The former has built a cult following for his label's skate-inflected, American luxury leisurewear while the latter is known for his skillful tailoring prowess at the famed Italian house. But Lorenzo knew immediately that they would click two years ago after a brief meeting in Los Angeles through a mutual friend.

"After we met, we clicked," he tells PAPER. "We knew right then that we wanted to work together. Even though we have different backgrounds, Alessandro and I share the common vision for the same level of refinement and sophistication. We both knew where the gap is in the men's market — there's a place in between that speaks to both: Easiness, relaxation, tailoring without compromise."

Similarly, Sartori expressed admiration for Lorenzo's approach to style, particularly his work with fit and proportions. "Jerry and myself have very different backgrounds, but even if we seem to be far apart, we share the same mindset about clothing, and we just wanted to explore new possibilities and ideas on the future of menswear," he says. "We wanted to translate our idea of menswear into a full range of products and in general the fashion world today."

The luxury range encompasses a full assortment of wardrobe-building pieces, from suede shirt-jackets and leather bombers embossed with the Zegna logo in Fear of God's signature font to western ankle boots and woven belts, all in a predominantly neutral color palette of navy, black and gray. On the surface, this collection is a marriage of total opposites, but in many ways, it also reflects the rather rapid evolution of where menswear is headed.

"What this collaboration opportunity has given us is for the market to see us beyond this fleeting hype stigma that surrounds our industry and also focuses on a more mature look, which I believe is driving the market," Lorenzo says. "Right now, there's a gap between what's happening culturally in streetwear and tailoring, where it may be extreme to go from hoodie and sweats to a perfectly tailored suit tomorrow. So hopefully with this collection what we do is start to break down the walls of separation."

Indeed, Lorenzo and Sartori are happy to step out of their comfort zone and away from the more traditional "rules" of menswear. To wit, the pieces are also meant to be worn by women and the versatility of the collection's key looks — sweats under topcoats, silk trousers paired with sneakers — speak to the new codes that resonate with how guys are shopping today.

"There's a sophistication in dressing casually that's becoming more expected," Lorenzo says. "The lifestyle today is not a 9-5, so as the world shifts to this more casual Friday approach, you now have guys who want to further separate themselves."

As Sartori puts it, however, fashion never really changes despite constantly evolving, so for him it was about creating new proportions that won't expire. "Despite our differences in terms of style, our common aim is to identify a new path of masculine elegance translatable in new aesthetic canons free from pre-built models and gender paradigms," he says. "The result is a contemporary wardrobe for a young man whose lifestyle is a hybrid expression of elegance and freedom."

The Fear of God Exclusively for Ermenegildo Zegna collection is available now on Zegna.com.