The last release from New York rapper F. Virtue's "bootleg remix" series was based on a chance encounter with queer pop star Troye Sivan. F. Virtue reimagined Sivan's Bloom deep cut, "Animal," making his own pledge of carnal devotion in relationships. In the process, he discovered himself to be worthy of love inside that relationship.

Now, in his continual aim to uplift communities through art, music and storytelling, F. Virtue is unveiling his latest bootleg remix: a sonic revision of Pabllo Vittar's hopeful track "Não Vou Deitar," which roughly translates to "I Won't Fold." In the song, Vittar is taking a stand for his own self-worth despite a lover's apathy and distance.

The Orograph-directed video, premiering today on PAPER, plays with the idea of identity behind masks, quite literally. Fashion designer Abel Ljoka models the masked presence F. Virtue is in a dance with. 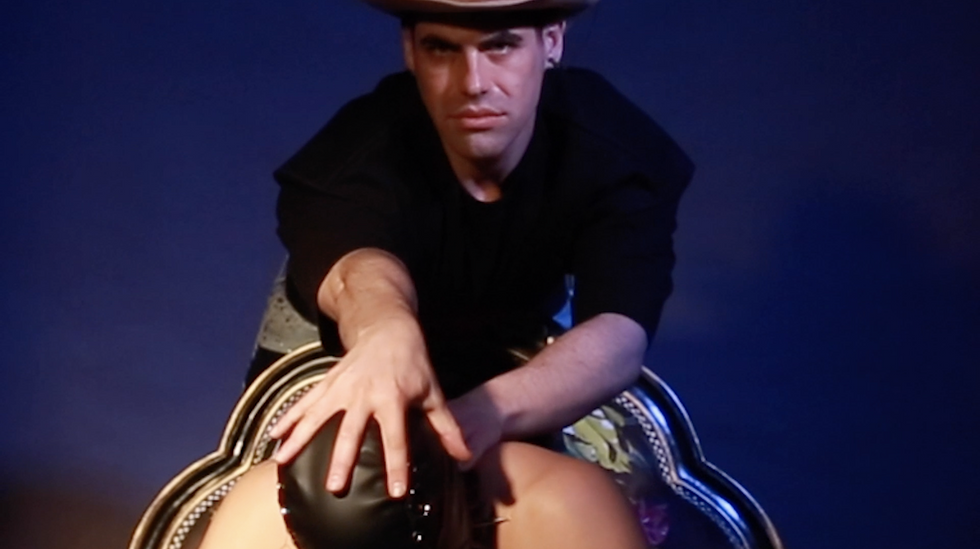 F. Virtue reinterprets the declaration and feeling of "Não Vou Deitar" to take a stand for the LGBTQ+ community he belongs to. He says he wrote a verse inspired by the indie hip-hop he grew up listening to, from his perspective as a queer man. The verse features potent lines such as "You're as much a man whether masc or mascara" and "Cause I'd rather wear a wig than a crown/ Deciding between a muscle shirt and a gown /Fuck it, I'll do both at once like Thom Browne."

"It's a verse that carves out what I stand for as a rapper who represents the LGBTQ+ community, and serves as a promise that I will make music to increase our visibility and shine light on pieces of our experience not often talked about in rap," F. Virtue says. "It's about being ourselves, unapologetically, and holding out hope for a better future for us."