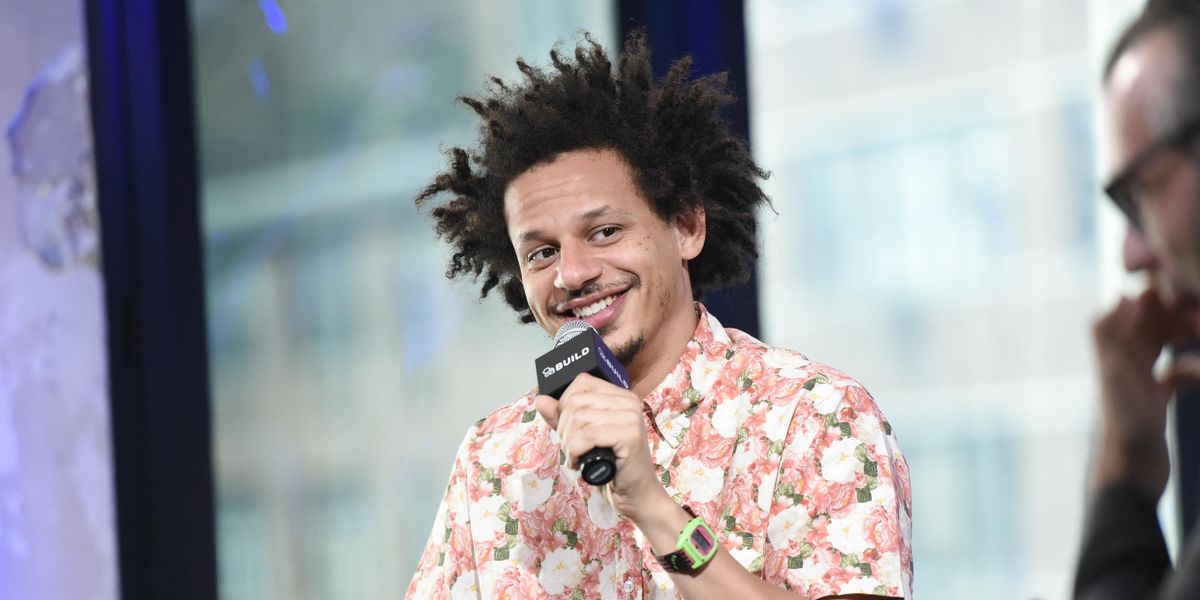 Early Wednesday afternoon, the comedian tweeted that two plainclothes officers stopped him as he was boarding his flight and asked to search him for drugs. Andre said that he "told them no," before warning others to "be careful."

Andre then began tweeting at Atlanta mayor Keisha Lance Bottoms for help and requested that someone in the terminal get the officers' names.

"They let me go. I'm on the plane in the air. I'm fine now but I want this reported," he said, mentioning that he was talking to his attorney in addition to looking for an Atlanta-based lawyer.

"Please any Atlanta lawyer reach out to me," Andre added. "At that moment, I was the only POC on line. @KeishaBottoms I know this isn't the PD you want representing your airports. #racism #racialprofiling #jimcrow #racistwarondrugs."

The Bad Trip star went on to tell Bottoms that they had filmed most of the movie "in your lovely city" and thought it was a "bummer" that "this is the way @Atlanta_Police treats POC traveling... for work." He continued, "@Delta should know this is happening on their jet bridge."

While the airline itself has yet to address Andre's posts, Bottoms responded on Twitter by saying she was "sorry to hear about your experience" and was "working to confirm" what happened. However, the mayor also said it was her understanding that the officers who stopped him were not part of the Atlanta Police Department and were part of "one of the many agencies working in the airport."

TMZ also reported that the Atlanta Police Department claimed their officers did not stop Andre, before adding that "multiple law enforcement agencies operate at the airport, and it appears the incident involved another agency." APD then told the outlet that it isn't policy for their Airport Drug Interdiction Unit to stop passengers and ask to search them.

@Atlanta_Police “I was just racially profiled by two plain clothes Atlanta PD police in @Delta terminal T3 at the Atlanta airport. They stopped me on the way down the bridge to the plane for a “random” search and asked they could search me for drugs. I told them no. Be careful.

@KeishaBottoms please help me. Two of your officers stopped me on the jet bridge at terminal three in the Atlanta airport for a “random” drug search. Please someone get me the name of a good Atlanta lawyer. @delta @Atlanta_Police #jimcrow #racialprofiling. .

@KeishaBottoms if anyone is at @delta terminal T3 in Atlanta please get me the officers names. Talking to my lawyer now. Need a good Atlanta lawyer. #racism #racialprofiling #racistwarondrugs #jimcrow

They let me go. I’m on the plane in the air. I’m fine now but I want this reported. Please any Atlanta lawyer reach out to me. @KeishaBottoms #racialprofiling #jimcrowgeorgia terminal T3 Atlanta airport.

At that moment, I was the only POC on line. @KeishaBottoms I know this isn’t the PD you want representing in your airports. #racism #racialprofiling #jimcrow #racistwarondrugs @delta

@KeishaBottoms we filmed most of @BadTripTheMovie in your lovely city. Bummer this is the way @Atlanta_Police treats POC traveling their for work. @delta should know this is happening on their jet bridge.

If anyone is at Atlanta airport gate T3 @delta let me know the officers names so I can file a complaint.