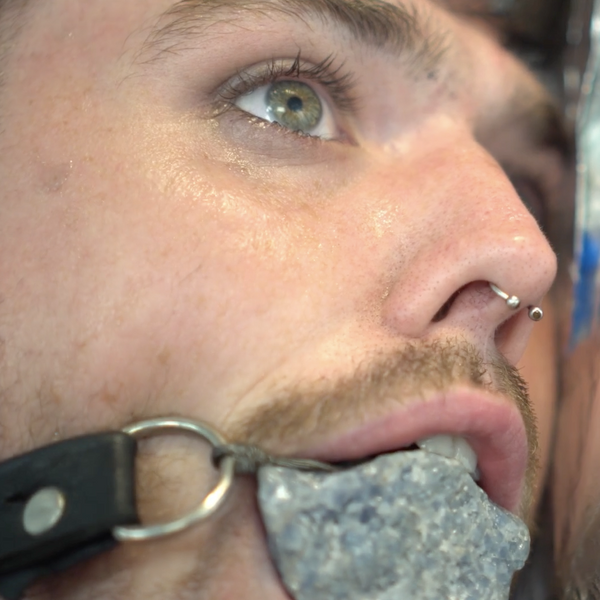 More often than not, we utilize social media to feed our narcissism via the construction of glossy, airbrushed versions of reality. However, what does an echo chamber of ego-fueled self-curation actually facilitate?

That's the question queer noise musician and performance artist Peter Kalisch wanted to ask alongside co-director Leila Jarman with his OutFest premiere of "Empty Mirror" — a "pop music video for a noise project, arguably the most narcissistic of all musical endeavors."

Taking place in a fantastical bathhouse of sorts, Kalisch calls the song "a confrontation of narcissistic behavior, both in my life and that of my peers." Featuring cameos from MRK, Jaake Castro, Byron Scott Adams (Palm Reader), Fausto Renteria, and others, "Empty Mirror" asks us to confront "how narcissistic behavior only leads to a lack of substance and value in our lives."

"The intention is to come to terms with it while simultaneously embracing it," he says, explaining that the video's otherworldly look was inspired by Greco-Roman motifs, such as the Narcissus myth. Distorted reflections play a large role in Kalisch's journey through the bathhouse, which is filled with performers who represent different legends of the afterlife meant to help us achieve transcendence after our passing — all culminating in a "washing away of the sins of my egotistical behavior, the behavior of being an artist."

Kalisch continues, "This video walks the fine line of beautiful and grotesque, and describes my journey through accepting my narcissistic tendencies, and wishing to relinquish myself of them. Vulnerability is one of the key facets to my work, and I realized I would need to be self aware and confront my actions and behavior, instead of performing the typical role of an artist who promotes themselves in a completely positive light."

Watch "Empty Mirror," in its entirety, below.