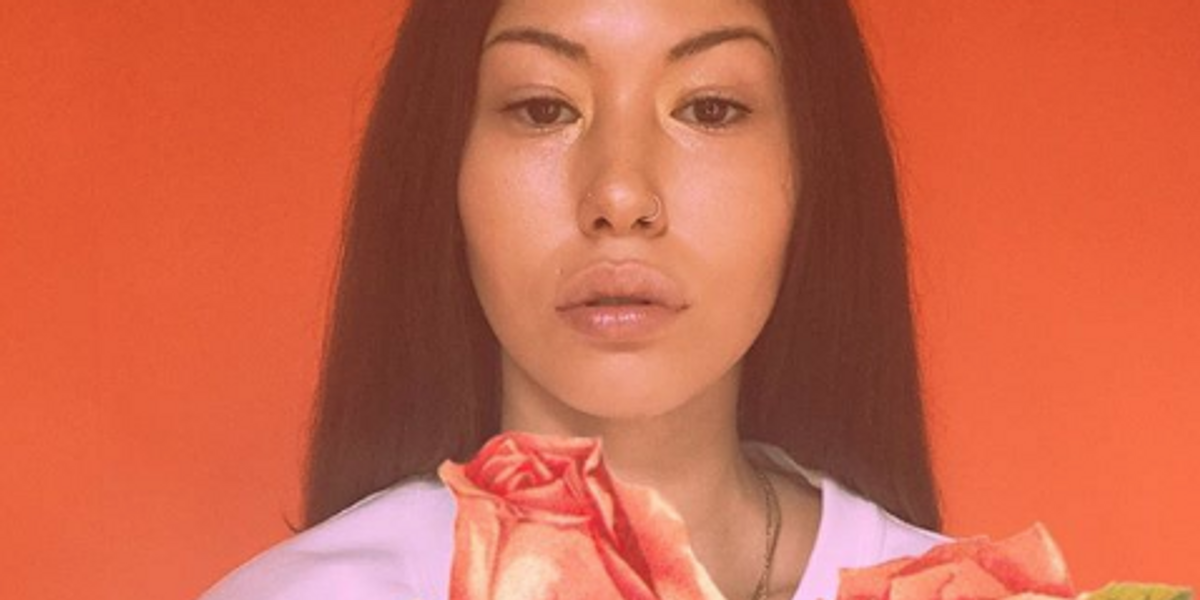 Emilia Ortiz Is Not Your Typical Spiritual Advisor

If you've seen her 30-Second Therapy videos for PAPER, you can surmise that Emilia Ortiz isn't your typical spiritual advisor. Imagining the stereotypically gentle and peaceful guru instructing you to level up ahead of the "fuckery" doesn't really compute. They've probably never responded to questions about sexuality from some of their 91k followers with the declaration that their spirituality enables them to "ride your dick off to another astral realm," either.

For Ortiz, finding her own style outside conventional approaches has been paramount.

"I'm coming in making noise, and I'm bringing a fucking blow torch with me. Like, shit," she laughs.

Figuratively speaking, obviously. But as a Puerto Rican Brooklyn girl who "isn't necessarily the softest," she stresses, Ortiz couldn't relate to a lot of other practicing Latinas and Afro-Latinas.

"I gotta do it in a way that makes it acceptable and relatable to other people that I felt were being left out of the conversation," she says. "Because this is cultural for so many of those people, and in one way or another, and yet more often than not, we're left out of the conversation because we often feel like yeah, I just don't like that, I don't know what the fuck you're talking about, I can't relate to this shit. Like, you know, you're a little too yogi for me."

Everyone in her family's got a gift, she says, whether it's for numbers or it's a green thumb or, like her palm reading, numerology proficient abuela, the ability to "tell you what you did last week in the privacy of your own home." Ortiz knew she had a gift — but it wasn't until a few years ago, after the passing of her father, that her mother began pressing her to take her readings out of the friends-and-acquaintances zone and into the public. Following her father's humanitarian footsteps was key in figuring out what kind of advisor she'd be; he remains one of her spiritual guides.

"Find a way to use my voice in all of it, and not just do the work, but also raise awareness through it," she says. "Things like that kind of came from him."

In part, that entails keeping elements of her culture private, and not getting too personal about her own brujeria.

"I don't want to be out here telling people how to dress and fix a candle and do this and do that. It's a little too messy for me, where I don't want to be the one who's responsible, because I know I've got a very broad audience, and I don't need to be the one who everybody thinks [will teach them]. Uh-uh," she says. "I am not the one. Because the position is sacred."

A reading with Ortiz is by no means like visiting a santero or santera (a priest or priestess in the Yoruba-based religion of Santería). Many clients, especially those reaching out through Instagram, aren't prepared to comprehend its rituals, even with the follow-up emails detailing instructions she always sends post-session. Her way of working isn't for everyone; she's very straightforward, and uses more neutral, less culturally specific processes in many situations. Sometimes people just need clear routes to understanding why they're "fucking up."

There's no avoiding the issue of potential cultural appropriation here; the mainstream got glimpses of santería via Beyoncé references to Oshun, and then there's also Azealia Banks. In our conversation, Ortiz is concerned about ill-equipped white people adopting practices as a trend.

"A lot of people take on spellcasting and candle work and all these kinds of things without being fully aware of what they're doing or how to do things," she says.

And why now? True to the parasitic and harmful nature of cultural appropriation, being a bruja is something Latinas have historically teased about — but in the hands of white women, it's cool and acceptable.

"I had so many girls, white girls, make those jokes about Oh, we're going to do some brujeria or voodoo shit on them, because that's the thing with Latinas," she says. "We're always getting made fun of for doing those things, [like] we're going to put a spell on somebody for love, or we're going to do something with the spaghetti sauce, or all types of shit. Like, no. Y'all don't get to come up in this then take it now that it's cute. That's not how this works. You know... y'all wanna get down with your Pagan roots and your Wiccan roots, go ahead, do that shit. I'm not anti anybody getting in touch with their magical roots or whatever passion, or people getting into different forms of healing. But we do all have to be very mindful about not culturally appropriating."

There's a massive movement among Latinx and Xicanx people to decolonize — the x, in case you're wondering, reflects indigenous roots, and is also used for gender inclusivity. But Ortiz can't filter out people who might counteract that by invasively positioning themselves as teachers within the religion or as practitioners of brujeria when their cultural heritage deems them outsiders. She's seen white women who've studied with shamans and indigenous healers (curanderxs) in South America return to New York not to share insight, but to charge between $200 and $500 for spiritual cleansing sessions.

"I'm like, that's great, that's beautiful, go ahead, do you — but you better be teaching the children of the diaspora about their shit... You better teach them some fucking shit, so they can actually do it and pass it on. Because some children of the diaspora are disconnected and I get it, sometimes white people got the money to go and fucking learn and we don't have the money to go back to our motherland and do that," she says. "You wanna go and bridge the gap that way? You wanna go learn? Fine, but you better come and reciprocate that energy and give it back to who it also belongs to."

Ortiz doesn't want to deny anyone access, though. ("With knowledge comes respect," she says.) But it's complicated; appropriation is another form of colonizing. She laughs, but she's serious when she says, "Don't fucking colonize this shit now."

So while her approach with clients is styled so her own voice resonates, it's also crafted so that the session is relevant and productive — for anyone, and without inviting appropriation.

Mindfulness comes up in our conversation about cultural appropriation more than once; it can facilitate change. And change is coming, she adds later, albeit not as fast as we'd like.

"Last year was the purge of pushing out all the stuff and revealing all the nastiness that has to get released, and this is the year of you gotta meet all that nastiness with compassion and understanding and love, and working to it being something that we can get past, in time," she says.

Understanding that it may get worse before it gets better — like breaking a fever — is essential to avoiding "crying and scratching our eyes out the entire fucking way." It won't be easy. Like all governments, she says, Trump and his cronies will continue baiting the public with fear in hopes of holding their attention (and maintaining power), as exemplified in this week's horrendous State of the Union address. Continually doing the work — leveling up personally ahead of the fuckery — will help you face the hate with courage, love, and compassion.

In a tone that's not rough, but certainly isn't tender, she stresses, "It's that kind of year of, have you done the work? And if you haven't, it's a good year to do the work."