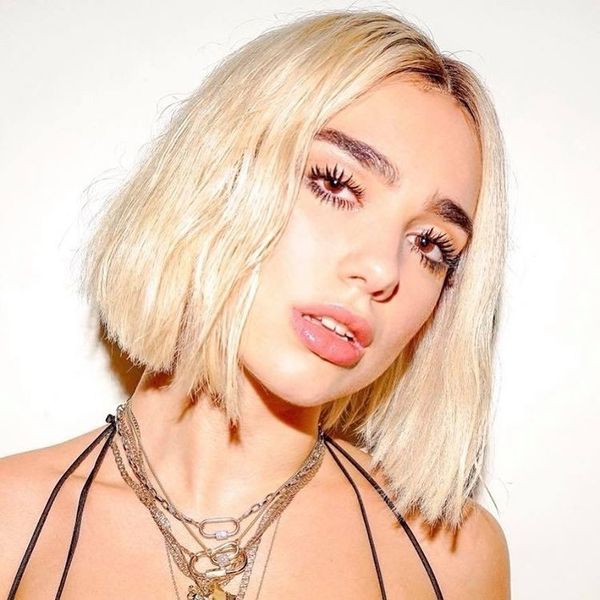 On Thursday morning, Dua Lipa released a new music video for her single "Electricity," alongside producers Diplo and Mark Ronson. For the debut, the blazing 23-year-old singer showed off a fresh, surprising look. In a slightly wavy bob, Dua went bright, platinum blonde — and, while she teased the look on Instagram a few days ago in anticipation of the video's release, it wasn't until today that we were able to see everything in all its glory.

Previously a dark brunette, Dua Lipa has certainly tried out her fair share of momentary colorful hair trends, from purple to green, blue, and more. Though it's been speculated that this particular dye job might have been a wig, as the others likely were as well, she certainly has a future as a chic blonde if she so chooses!