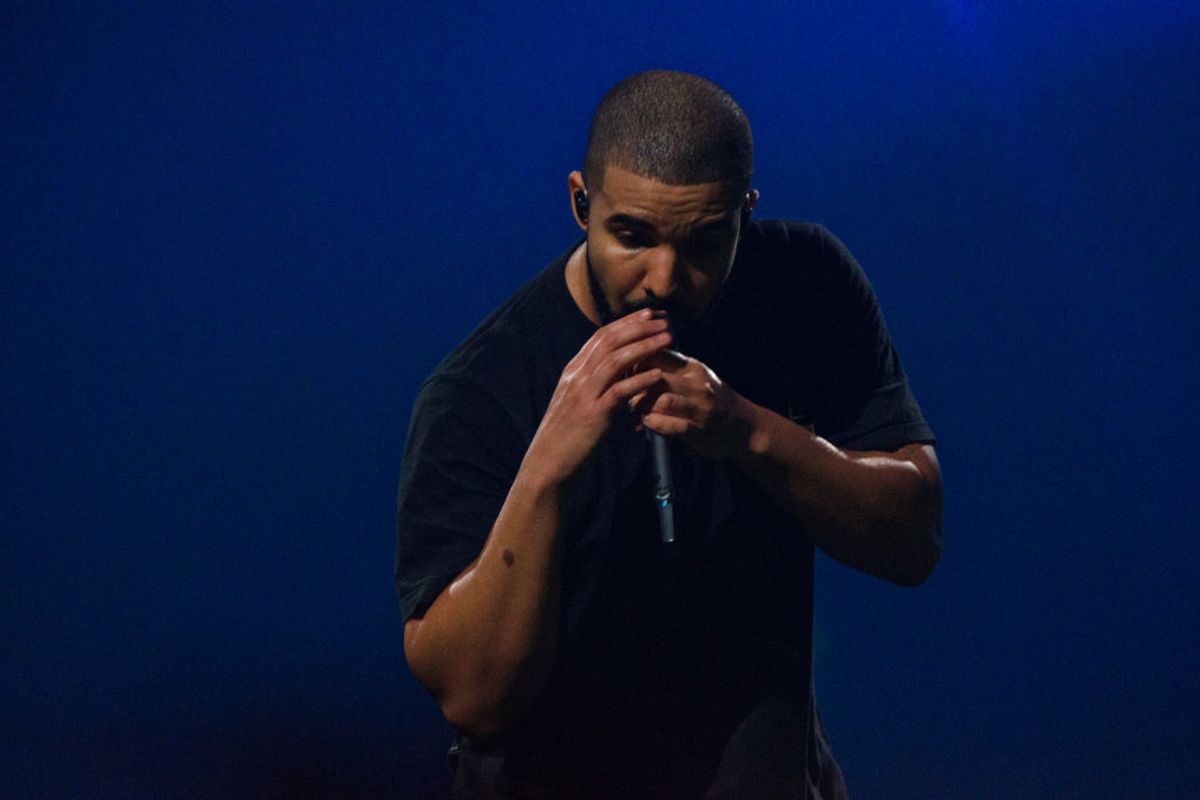 Watch Drake Freestyle on BBC 1Xtra's 'Fire in the Booth'

After surprising fans by performing Scorpion songs live for the first time at London's Wireless Festival on Monday, Drake decided to stay in town for the Wimbledon finals. (Yes, he was there to watch his ex, Serena Williams.) Packing in the most into this trip, on Saturday he also dropped some freestyle bars at BBC 1Xtra show, "Fire in the Booth," hosted by Charlie Sloth. He tells the English DJ, "I've been waiting on this one."

His rhymes consisted of lines about his name, fame, and fortune. Of course, there were a lot of clever, notable verses in there. "You hold your girl the same way I hold my compsure," rapped Drake. "My house, museum-scale/ The only skeletons here are the ones from the nights I raised hell."

Related | Cardi B Had Her Baby!

In the end, he had a long list of shoutouts, including one to Migos' Offset, congratulating him on his "new ting," a.k.a. baby Kulture.

This is Drizzy's second freestyle in the UK since he dropped his album on June 29th. He's also dropped by Link Up TV for their "Behind the Barz" series.