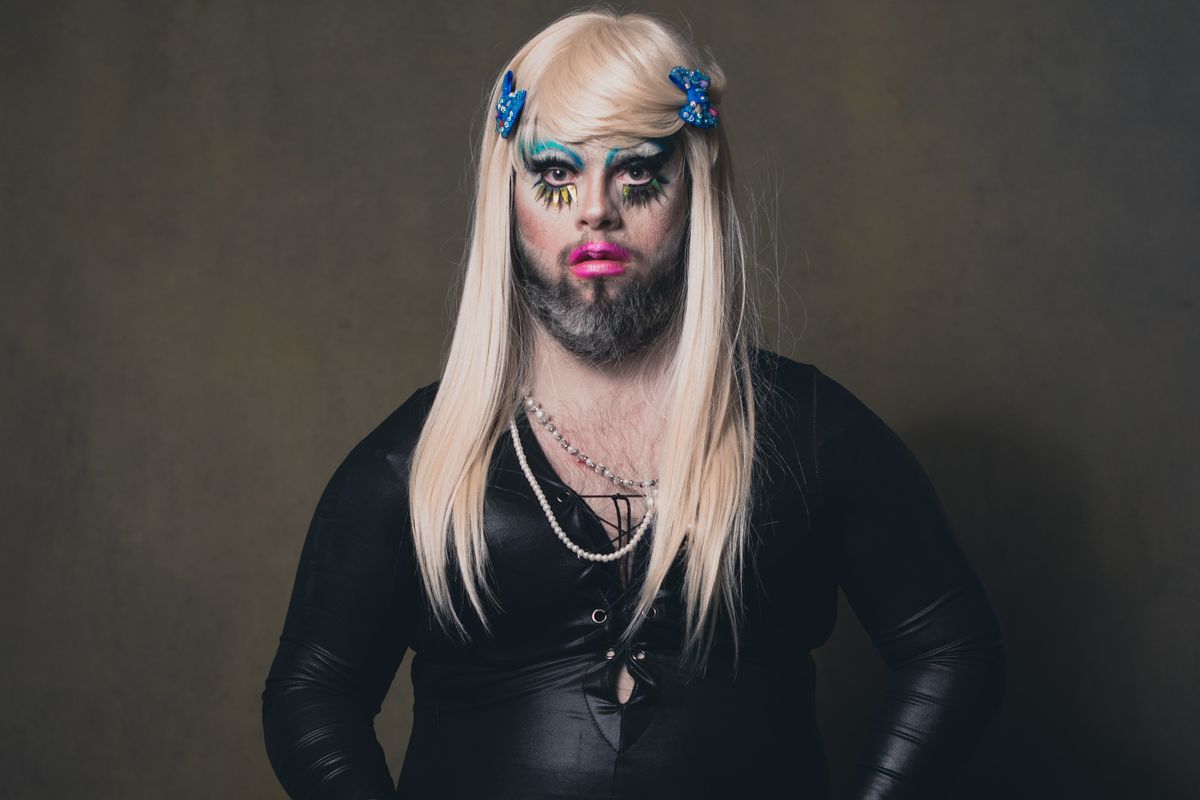 Drag Syndrome is a new collective using the power of drag to promote a message of radical acceptance for those with disabilities. Comprised of 10 performers who hail from places across the UK, the London-based project gives artists with Down syndrome the opportunity to experiment with costumes, makeup, music, and perform on stage for global audiences.

As each performer constructs a drag personality, they are given a special opportunity to control their own narrative and showcase their distinct skills. But more than this, Drag Syndrome gives its members the chance to be judged on their craft rather than their disability. In this way, the project is fostering more visibility and inclusion for a community that is so rarely seen in the media or the arts. As director Daniel Vais affirms, Drag Syndrome is not about being disabled — rather, it's about celebrating who you are.

With this, PAPER sat down with Vais to learn more about the mission of Drag Syndrome and what's up next for the group.

When and how did Drag Syndrome come into existence?

A producer had invited me to see a space in East London. So I went with Sara Gordon, one of our models and dancers, to the Christmas party last year. During the event there were performances by drag queens, which prompted me to ask Sarah if she would ever be open to experimenting with drag. And she replied straight away saying it would be absolutely fascinating. Right on the spot I came up with the title, Drag Syndrome.

From there, I spoke with all the artists and asked them if they would want to try it. They were all very enthusiastic about it. But I told them that drag is not just a costume. Drag is about transformation. It's an art form. So the performers started researching it and each began developing their own characters.

Tell me more about the first performance. How did the word get out about the collective?

We premiered it in an experimental space, a small club in London. It was obvious that this was going to be quite big. The performances were on point and the audience went crazy over it. Then, people started talking about it and the word started to spread. Two months after we did another event that was completely packed. From there, we were invited to festivals, and quickly became respected in the performing arts and the drag circuits.

How are you using the power of drag to foster community for these individuals?

Drag is all about empowerment and transformation. It allows you to be a bigger version of yourself and express yourself in a way that's more surreal. There's so much fantasy and freedom to it. This is an opportunity for our performers to express themselves in a way they don't usually get to on a regular basis, in these kind of settings. They love it. They are really enjoying what they do and the characters they play.

And how has the drag community responded?

We've received big support from the drag world. All the biggest and most influential drag queens and kings have connected with us and supported us. Beyond this, many celebrities and really famous people, including top dancers and photographers, have been really supportive and understand that this is a special performing arts project.

How do you hope to promote Drag Syndrome as a platform that challenges stereotypes about living with Down syndrome?

This is just another layer of drag, and it gives our performers a chance to hang around with young audiences and be a part of arts and culture, which is what they really want. It allows them to show their talents. This isn't really a social project, but we do give opportunities to performers and artists who have Down syndrome and put them into a mainstream context. Yes, these are artists who have Down syndrome, but it's not the main issue. Audiences see beyond that. That's why we get loads of great responses and people really enjoy it. The extra chromosome is only a bonus.

In what ways has it expanded since your first performance?

We now perform regularly at festivals, clubs, and in alternative spaces. This year, we're going on our first global tour, which will be very exciting. New places, new audiences! We will travel to cities all around the UK and Europe. Many other festivals are contacting us. And we will be doing a drag residency at the Ace Hotel in East London, either in February or March. Young filmmakers from all around the world have also contacted us wanting to make films and do things with us, too.

How have people responded to Drag Syndrome?

We have a big fan base already. People really appreciate what we're doing. We're opening up contemporary culture to people with learning disabilities and Down syndrome. Audiences from around the world connect with it. It's refreshing for them. They're curious and supportive. They want to experience what we're doing.