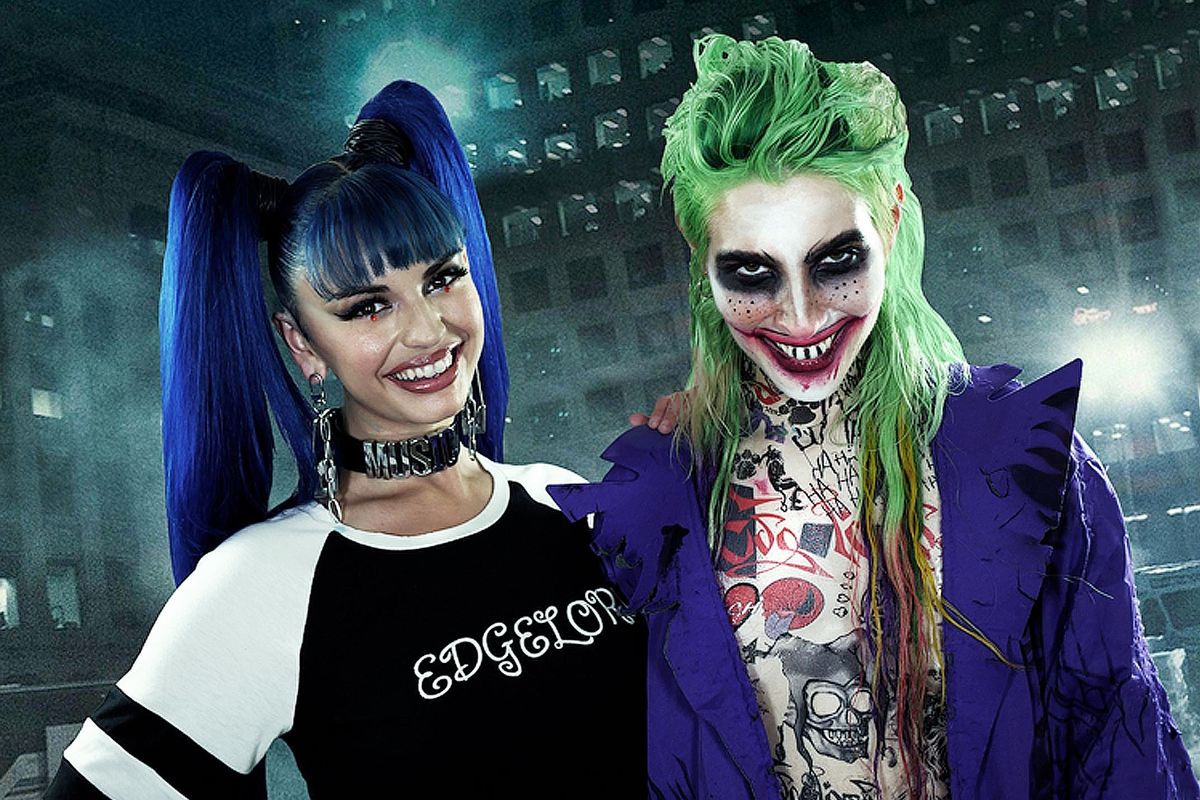 Hyper-pop artist Dorian Electra teams up with Rebecca Black in their latest single, "Edgelord," featured on Electra's upcoming album, My Agenda, set to release on October 16. The music video, which dropped today, sees Electra and Black as the Joker and Harley Quinn, respectively, but instead of Gotham City — this villainous duo trolls the internet.

"Edgelord" is a direct reference to internet trolls, who plague platforms like 4Chan with blatant fascism, racism, homophobia and more in order to incite reactions from other users. Electra sings ironically: "One question: why so serious?/ Did I offend you? I'm so curious."

The visual is nostalgic and, true to form, oh-so-flamboyant in its graphics, with video game-esque animation, eerie clips of Electra in an empty room, and finally, early aughts icon Rebecca Black (who is no stranger to internet troll attacks) in a convertible, reclaiming the narrative of her infamous music video, "Friday."

Related | Dorian Electra Has a Full on Broment

The music video ends with both Electra and Black smashing glass, a release of the anger and tension that build throughout. It ultimately emulates the different forms that trolls hide behind, as a form of safety: "My identity's mysterious/ Never, never, never gonna come down," Electra promises.

Watch "Edgelord," below, and preorder their new album My Agenda featuring legendary artists like The Garden, Pussy Riot, The Village People and more.