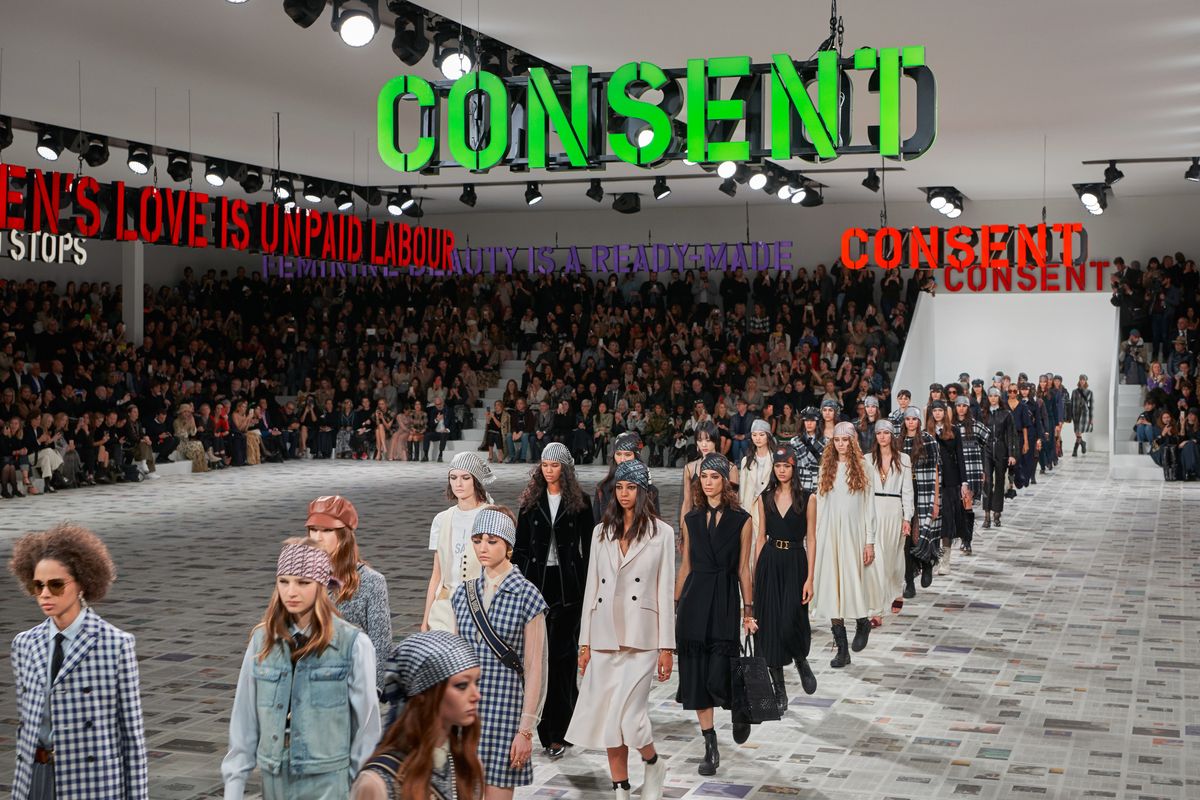 When Maria Grazia Chiuri presented her first show for Dior in 2016, the $860 T-shirts that read "We Should All Be Feminists" instantly laid the groundwork for the designer's politically charged vision for the house.

That feminist ethos has served as Chiuru's calling card in the seasons since, but the Fall 2020 collection she presented today took it to a new level. The set, designed in collaboration with the Claire Fontaine collective, contained numerous bold neon phrases like "CONSENT," "Patriarchy = Repression" and "Women's Love Is Unpaid Labour" hanging from the ceiling.

The phrases held a deeper meaning at Dior's show this time around in the wake of Harvey Weinstein's guilty verdicts on Monday. But Chiuri pointed out that the starting point for this collection was a pair of photographs featuring her mother back when the designer was a teenager (the period in Rome where she became exposed to the women's rights movement.)