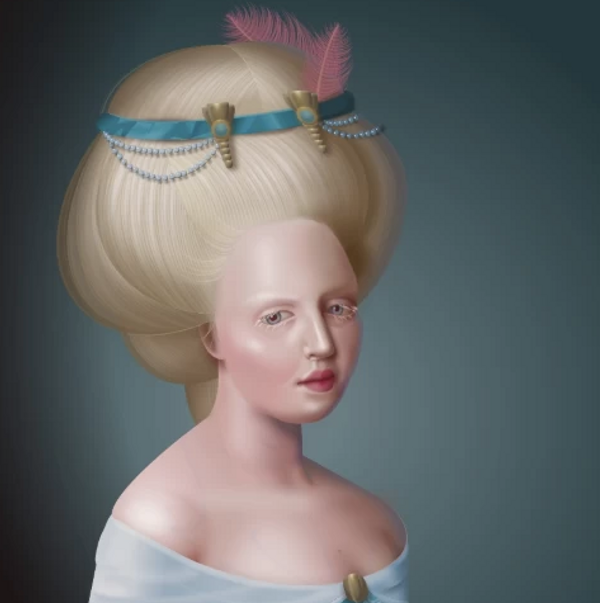 Web developers are losing their minds over Diana Smith's work, and honestly, you should, too, because it brilliantly chronicles the history of the Internet in a way that hasn't been done before.

Smith created an elaborate image called "Pure CSS Francine" online, and it's not at all like an image you'd click on to save. The only way to archive it is to make a screenshot of it. And it looks the same every time you do so. Why? How? Francine is made entirely with CSS (cascading style sheets), which is used to create web pages. If you're adept with code-writing, which Smith apparently is, you can do much more than that, too.

Creating images with CSS involves writing HTML code to display an object in a web browser. From there, you can modify the code to manipulate its size dimensions, color, shape, and more. CSS image creation is essentially a process of layering and arranging shapes. But since the process is done entirely with a keyboard (no mouse! no touchscreen! no pre-made filter!), you can't really check how the image is shaping up as you go. So I can only say that part of what makes this process fun would be the guessing game of not fully knowing how the final image might turn out. But make no mistake: this process isn't as easy as it looks; on average it takes Smith two weeks to make Francine.

Social media have made their own versions of Francine by displaying it in different web browsers, from dial-up throwbacks like Netscape and Internet Explorer to ultramodern updates like Firefox and Google Chrome. The results either get you a brutalist moment, a cubist moment, or some midcentury modern realness. It belongs in a gallery or museum retrospective, but is live on your computer screen.

@cyanharlow And Netscape Navigator for the true romantics amongst you. https://t.co/hO12KvVoJg
— Mayowa Tomori (@Mayowa Tomori)1525229436.0

In an interview with Vice's Motherboard channel, Smith said that Francine's shapeshifting nature was like a "mood ring," and we couldn't agree more. It gives you a sense of how far the internet as come, too, from 2D glitchy pixels to glossy surrealist 4D that seems to pop out of the monitor. We're out of the Internet's dark ages now, and Smith's art is the light toward a continually evolving future.