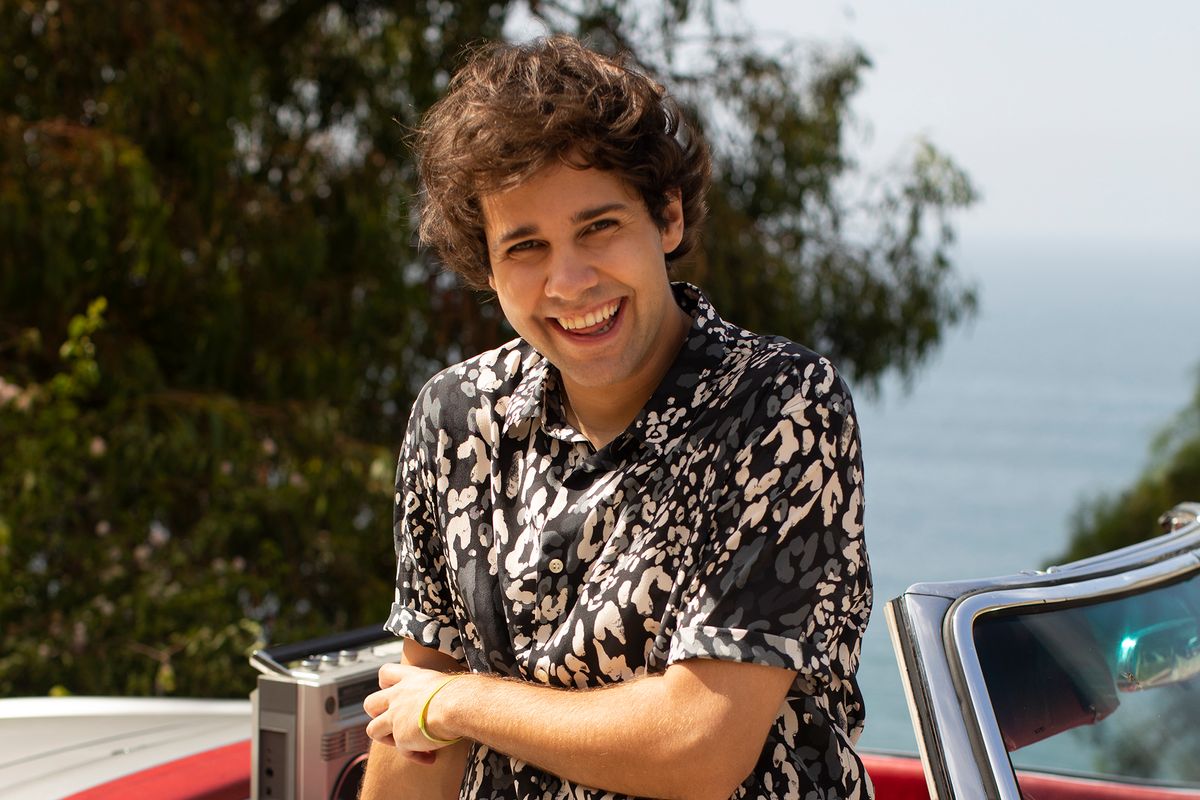 David Dobrik has a new side hustle.

According to a press release, #01 is a "invigorating and alluring" scent that features notes of amber and cashmere, while #02 is a lighter perfume that smells like grapefruit and sandalwood. Both fragrances retail for $60 at davidsperfume.com.

As for why he decided to become a perfumer, Dobrik explained to People that the line was initially inspired by the scent of a mysterious stranger he met about a couple of years ago.

"I met somebody that had this certain smell on them that I just completely fell in love with. I was just obsessed with the smell... it wasn't cliche, like Axe Body Spray or Old Spice, it was this very fresh scent," he told the publication. "I honestly thought I discovered a new smell, I got so excited about it and thought, 'I want to be able to bring this kind of understated, nice smell to my audience, like to a younger crowd.'"

So with the help of the Vlog Squad, Dobrik created the scents over the course of a year-and-a-half. And though he joked that he started with his own favorites scents — Sharpies and air fresheners — it soon developed into more refined final product. Hence the tagline, "Elegant Yet Unexpected."

"The perfume feels very proper, but it really takes you by surprise," he said. "It's not what you're going to expect it smells like, but you're really going to love it."

Check out David's Perfume for yourself, here.