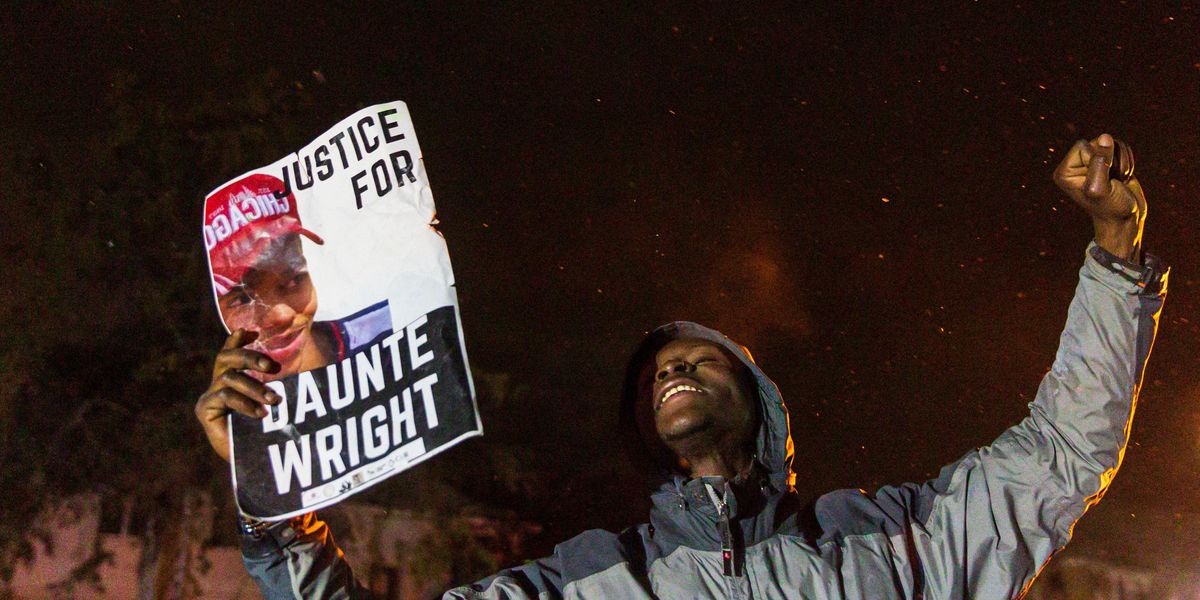 The Minnesota police officer who shot Daunte Wright has been charged with second-degree manslaughter.

Kim Potter — a white, 26-year-veteran of the Brooklyn Center force — was arrested on Wednesday in connection to the death of Wright, a 20-year-old Black man. Her arrest comes one day after her resignation alongside police chief Tim Gannon, as well as ongoing protests demanding that she be criminally prosecuted.

According to The New York Times, she faces up to 10 years in prison if convicted on the charge, which applies to the killing of another through negligence and the creation of "unreasonable risk."

The fatal Sunday afternoon shooting occurred after Wright was pulled over for expired plates and attempted to get back in his car as officers tried to arrest him on a previous misdemeanor warrant. To stop Wright, Potter — who was reportedly in the process of training a younger officer — shot him after allegedly mixing up her gun and her Taser. He was later pronounced dead at the scene after driving off and crashing into another car.

NPR also reported that Potter made her first court appearance via Zoom on Thursday. She was released from Hennepin County jail the day before after posting a $100,000 bond.

Following news of Potter's arrest, Wright family attorney Benjamin Crump issued a statement expressing some disappointment in the second-degree manslaughter charge, writing, "This was no accident. This was an intentional, deliberate and unlawful use of force."

Even so, Crump — who also is representing George Floyd's family — went on to say in a press conference that the charges are at least proof of a little bit of "progress" thanks to "those young people, those activists."

Wright's shooting took place just 12 miles from where Floyd was killed by former Minneapolis police officer Derek Chauvin, which sparked nationwide protests calling for police reform and racial justice. He is currently on trial for murder.