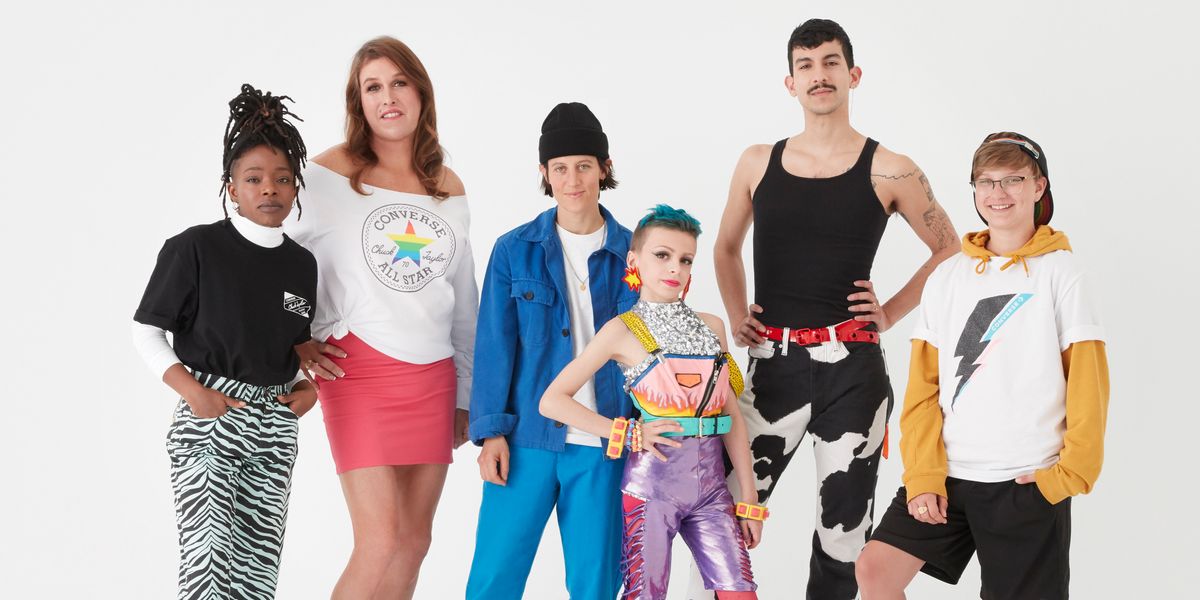 The Remarkable Faces of Converse PRIDE

At one point in time, Chuck Taylors were the official normcore Cute Boy sneaker: basketball teams and teenage heartthrobs wore them. Now, Converse is a brand that makes trans veterans and 11-year-old drag queens its spokespeople. Of course in the years between, the brand's have been punk-ified, nerd-ified, Tumblr-ified and everything-ified (the beauty of Converse is their blank slate), but the 50th anniversary of the Stonewall Riots is a good a year as any to take stock of progress.

To celebrate the historic anniversary and Pride 2019 in general, Converse debuts a new collection of "glitter-dipped," "parade-worthy" sneakers, including a trans flag design, as well as a few different plays on the iconic LGBTQ rainbow. The capsule pays homage to glam rock with glitter and lightening bolts. Instead of It girl models, the brand tapped a group of the people they their collection will celebrate: queer artists, activists, athletes and writers who have broken the rules, as well as regular people who are trying the make the world a better place.

Converse built its zeitgeisty gang from many spheres. Ayishat Ankanbi is a British DJ, writer and cultural thinker whose cerebral Twitter makes the website a better place, while Fran Tirado is the deputy editor of Out Magazine and host of Food 4 Thot, "a queer brown podcast" self-described as "Like NPR, on poppers."

The sneakers stamped with blue and pink trans flag accents are modeled by a student activist named Felix who Converse discovered at OUT MetroWest, as well as Kristin Beck, a navy seal turned trans activist whose memoir and advocacy has challenged the military's attitude towards gender and sexuality.

Finally, the the most colorful entry in the collection is donned by Desmond Is Amazing, the luminous 11-year-old drag kid and LGBTQ activist who's walked at NYFW, been awarded the Marsha P. Johnson Don't Be Outraged Be Outrageous award from Heritage of Pride (plus a few pages more accolades) and generally become a symbol for where the next generation is leading us.

Follow them all immediately, watch them, read them and shop the collection, available now.