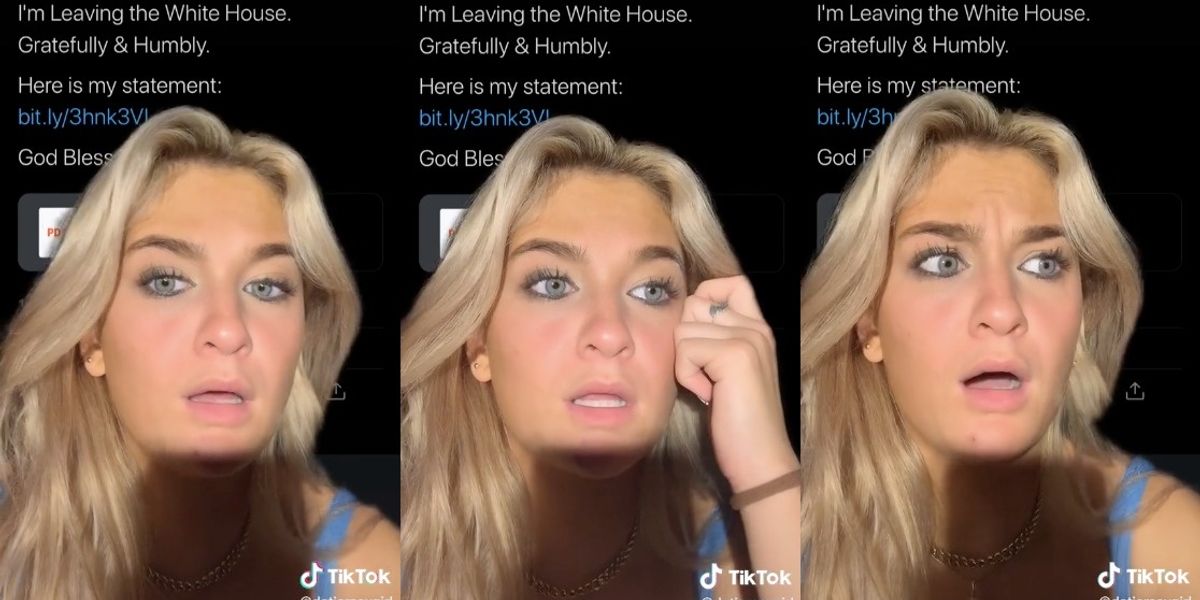 Claudia Conway Wants to Be Emancipated

After it was announced that her parents were withdrawing from politics, Claudia Conway took to TikTok to react to the news. The 15-year-old daughter of now-former Trump adviser Kellyanne Conway and George Conway has never shied away from expressing herself freely on social media — and criticizing her parents' politics.

Claudia's Twitter and TikTok presence has been the subject of much attention lately, considering her left-leaning views. She's openly criticized Trump and spoken out against her parents. Last night, she even tweeted that she was "officially pushing for emancipation" before sharing that she was taking a break from social media for her mental health.

i’m officially pushing for emancipation. buckle up because this is probably going to be public one way or another, unfortunately. welcome to my life

this is becoming way too much so i am taking a mental health break from social media. see y’all soon. thank you for the love and support. no hate to my parents please. ❤️

When her parents' news came out, however, Claudia returned to social media to react to to it, sharing a few TikToks that suggested she was not made aware of it before it publicly broke.

One video shows Claudia with her mom's Twitter announcement as the background, failing to come up with the words to process the news.

"Y'all I know I said I was talking a break but... um... um... um... um...," she says as she scratches her head. In the comment section of the video, Claudia confirms that she found out about her parents announcement along with the rest of the world, as she writes: "They didn't even talk about it with any of us... just tweeted about it as if this is going to change anything and make me not emancipate myself."

YEAH SORRY I HAD TO COME BACK TO POST THIS BUT

Another user commented, "The fact that u found out from a tweet and not her or ur dad is sooooo..." to which she replied, "Messed up? Yeah."

Claudia followed up that TikTok with another, this time using her dad's announcement that he was leaving the Republican anti-Trump group he co-founded, Lincoln Project, as the background, saying "Look what I did. Look at what I did, ladies and gentlemen."

the power i hold - i— they think this is gonna stop me from getting emancipated? NANSHAJAB BYE

Both parents shared that the reason they were leaving their respective roles was to focus on their family. Kellyanne Conway wrote: "In time, I will announce future plans. For now, and for my beloved children, it will be less drama, more mama," and husband George Conway wrote that the reason he was leaving his role was "to devote more time to family matters."

The Conways share three other kids on top of Claudia — George IV, Claudia's twin, and younger sisters Charlotte and Vanessa.