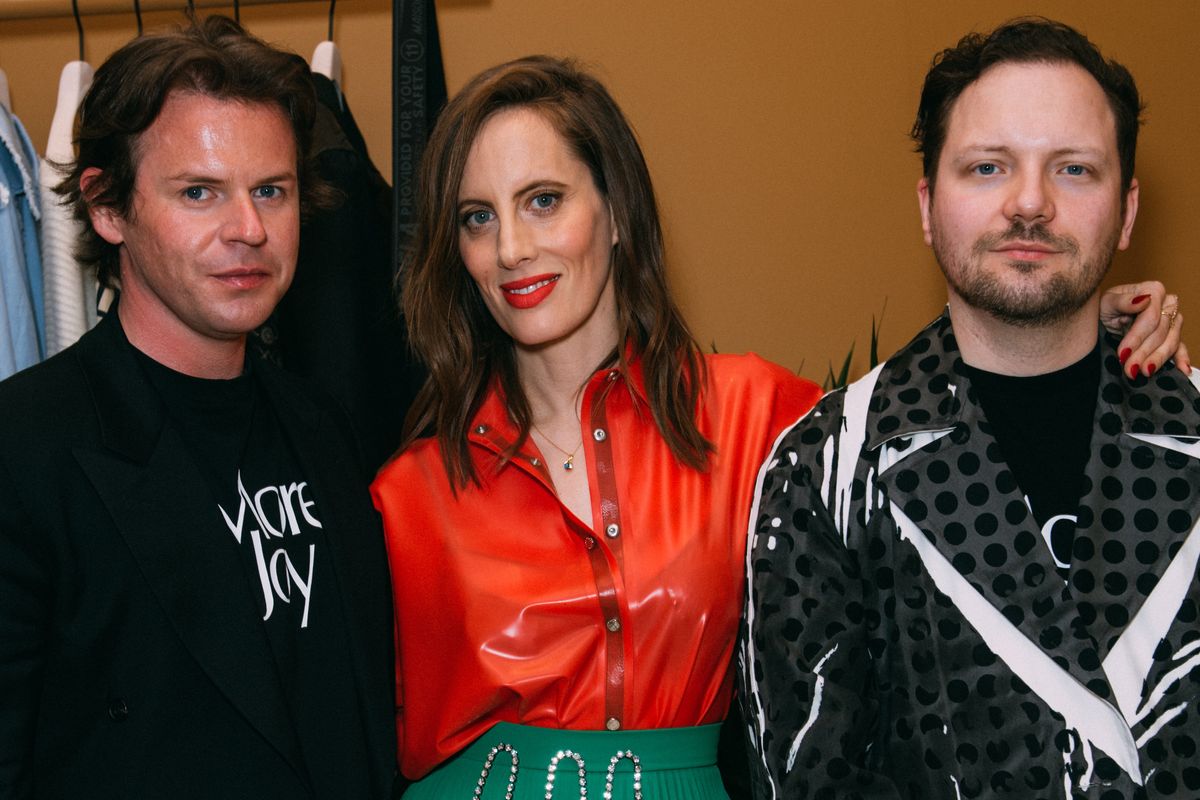 Kane has been known to incorporate sex as a theme in his work. But as Fury points out, "It's kind of always been there, but the last four collections that you did are kind of incredibly sexualized in a very interesting way." For his spring 2018 collection, Kane centered his garments around Cynthia Payne, a British brothel owner in the 1980's. "I love these characters. They're not the obvious people to look at, but she was groundbreaking how she looked at sex, and how much you can have fun with sex," Kane explains. He then adds, "Sex is really fun, if it's consensual and not harming anyone else."

"I mean we are in that moment right now where all of the focus around sexuality in contemporary media is about trauma, and shame, and the taboo of it," says Goldwyn. "We do need to get back to the pleasure of sex, because it is a joyous, creative, beautiful [thing]. It is empowering." She continues, "We need to talk about the pleasure potential of sex equally as we're defining a new paradigm around consent, around trauma, around the legislation surrounding those issues, too."

Kane's spring 2019 collection was inspired by David Attenborough's films on the mating behaviors of wildlife, and the iconic sex symbol of a superstar Marilyn Monroe. "Me and Tammy (his sister and cocreative director) don't do 'sex' like anyone else. It's intellectual. It's subversive," he said during the show last September.

During the discussion, Fury also brings up how fashion is shifting the "erogenous zones," and how it affects what people find "sexy." Goldwyn then brings up non-binary dressing, saying, "The fact that there are the sort of dress rules or codes for she/her, he, they/ them are obliterated. I'm really interested right now in gender identity and dress."

Watch the full conversation with Christopher Kane and Liz Goldwyn below.