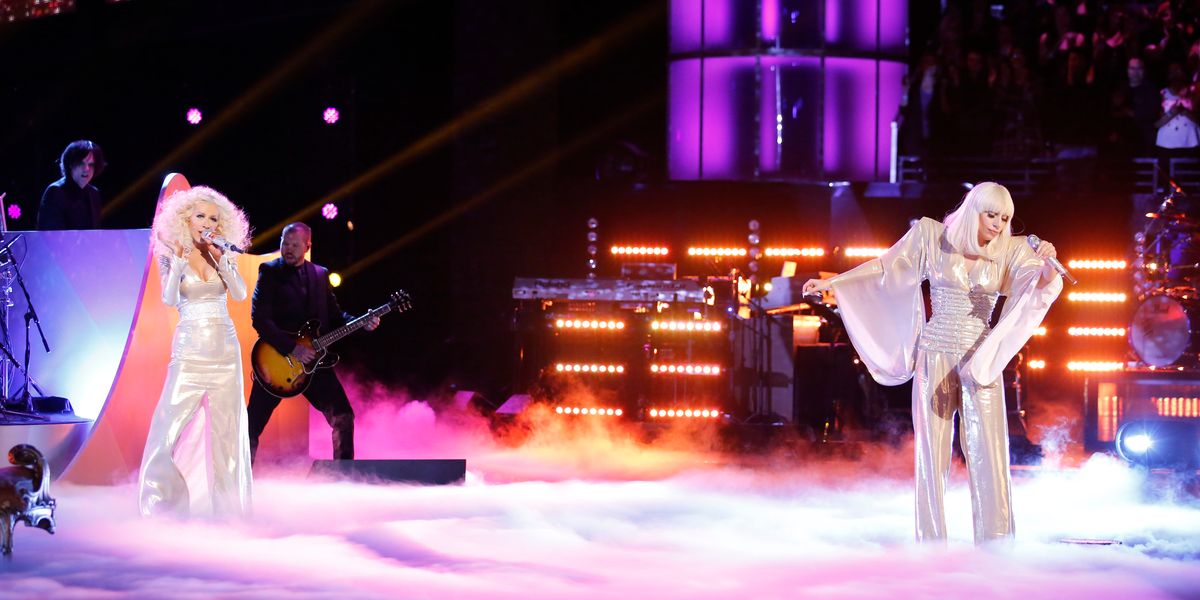 Christina Aguilera has spoken out in support of Lady Gaga, who this week apologized for her 2013 R. Kelly collaboration "Do What U Want" in the wake of sexual assault allegations brought to light by Lifetime docu series Surviving R. Kelly. Note that Gaga removed the song from iTunes, but allowed a remix with Xtina's vocals replacing Kelly's to remain.

Especially in a post-Surviving R. Kelly context, "Do What U Want" is a disturbing song. The main chorus is literally "Do what you want with my body/Do what you want with my body." But the Xtina x Gaga version re-frames those lyrics, making them less scary and more empowering. When they famously performed it live together on The Voice, wearing extremely fun 70s disco outfits, that message of girl power was amplified. Though it is important to note that Kelly is still credited as one of five songwriters on the track.

Aguilera posted throwback images from the 2014 Voice performance on Instagram this afternoon, giving fans "a reminder of women sticking together— and not letting a man take ownership of a great song/ moment."

Christina Aguilera on Instagram: “Cool to see the version of this song I did with @ladygaga on the charts again — this is a reminder of women sticking together— and not…”

She added that she still thinks of "Do What U Want" as an empowering anthem:

"If anything the message of this song remains that although you may have had my body, you will never have my heart, my voice my life or my mind. Being a survivor of past predators myself, these lines spoke to me, which is why I did the song."

Related | R. Kelly's Daughter Buku Abi Speaks Out Against Him

She also expressed solidarity with assault victims, referencing her own experiences, and thanked Lady Gaga for her apology:

"I embrace all survivors of sexual and domestic violence and abuse holding a special place in my heart, and you @ladygaga, for doing the right thing!"

The six-part Surviving R. Kelly documentary series aired on Lifetime between January 3 and January 5 this year. As a result of allegations which come to light, Kelly is now under criminal investigation in Georgia. A campaign to have him dropped from record label Sony Music is gaining traction.