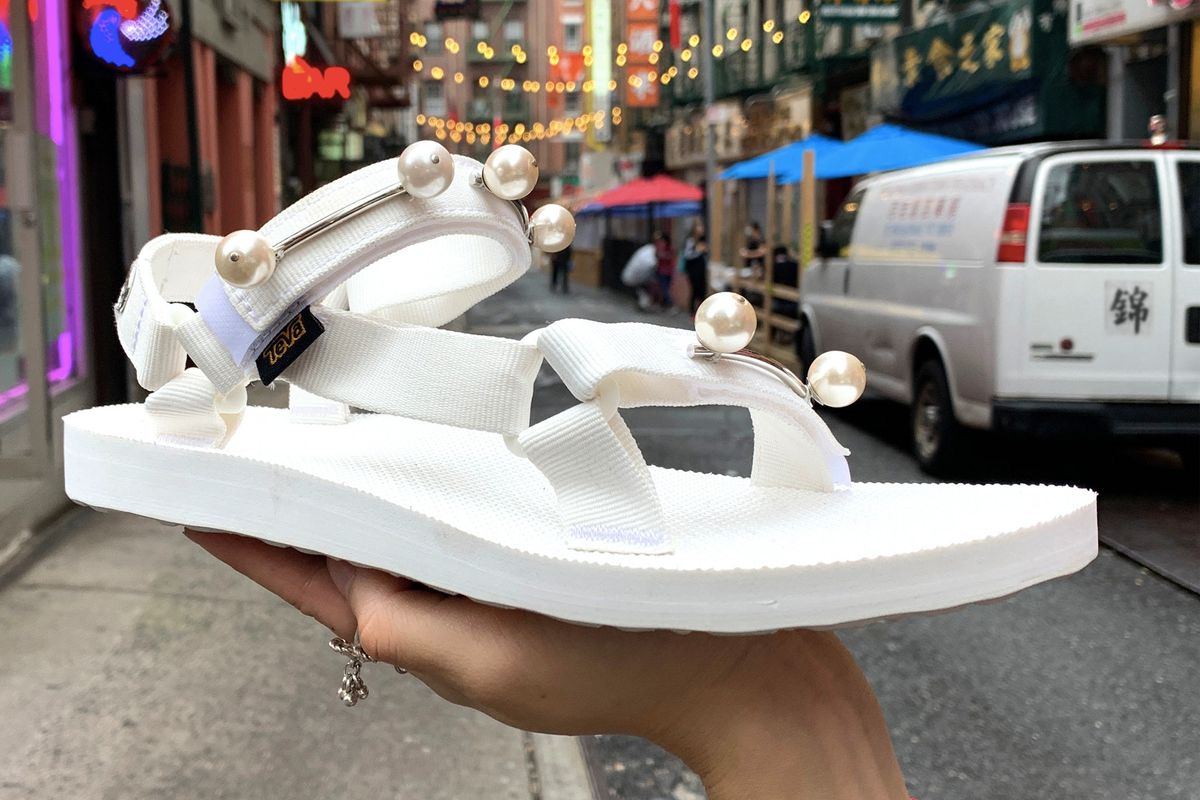 This season, jewelry isn't just limited to your arms, neck or hands — at least, according to Chris Habana. The punk jewelry designer has partnered his namesake brand with Teva and South African artist Desire Marea for a digital film, accessories collection and fundraiser to benefit transgender rights and spotlight marginalized communities.

The project stemmed from Marea's experiences as a queer Black individual, as well as Habana's own conversations with his friends and followers who experienced hardships from being Black, queer or gender nonconforming.

"It's personally been an education for me in learning just how systemic and ingrained the racism and injustices are towards queer/trans people of color, namely Black people," Habana said in a statement, affirming his support for the trans community.

The film came to be when Habana tapped Marea to create a 3D visual video for the collaboration, alongside artists Patshuro, Ryan McLendon and Nussi Quero. Titled "Uncle Kenny," the video (which premiered on Habana's website and social media, as well as Teva's Instagram) sees a digitally animated robot head descend from the sky and revolve in front of a columned building, as sections of its face are replaced by skin and it becomes whole.

"Uncle Kenny" aims to celebrate the lives of Black queer nonconforming individuals around the world, and hopefully show them to people who might be indifferent or uneducated towards those communities.

"I've been a fan of Chris's work for years and it felt great to finally be united in a creative project with such great intent," Marea said. "Creativity is a healing modality and the world needs that now more than ever."

Teva became involved in funding when Habana and Marea were brainstorming the video, and has since created an exclusive footwear collection with Habana for the project's auction element. The online auction features Teva's vegan black and white Universal Sandals, which are made with recycled polyester and plastic and updated with custom metal hardware by Habana.

One model features stainless steel barbells and bungee cording, while another has pearl-studded straps and a third boasts bold crumpled metal hardware. Jewelry from Habana's Spring 2021 collection is also featured in the auction, with all proceeds (and a $5,000 donation from Teva) benefiting the Transgender Law Center. The organization is notably the United States' largest trans-led organization that aims to keep gender nonconforming and trans people free from discrimination.

Only one of each sandal style will be auctioned, and made in the size of the winning bidder. Bids can now be placed on Habana's website (where you can also watch "Uncle Kenny") until the auction ends at 11:59 PM on November 29.