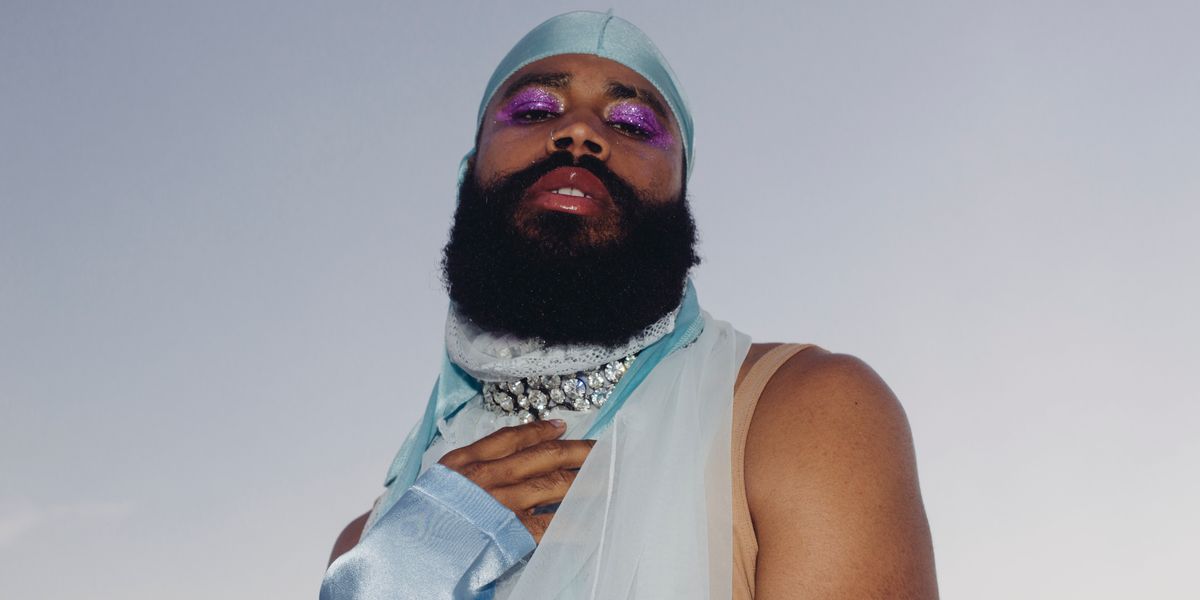 Chav Casually Wrote One of the Year's Best Queer Anthems

For several years, Brooklyn artist Chav has worked to foster a supportive community of queer artists, artists of color, and to uplift the voices of marginalized people.

His FagMass collective, co-led with artist Rick Marcello, which produced last year its inaugural FagFest of performances by local artists and musicians, is one example of these missions in action. Chav's intersectional Queen Black America solo show, performed and produced last year, is another.

Now, Chav is re-positioning himself as a pop artist in his own right. Partnering with Marcello, the two have created a queer-owned and operated record label home called Flat Pop Records. As one of the label's tent-pole talents, Chav is now ready to take over clubs, car stereos, and queer sanctuaries everywhere, with the launch of his amazingly catchy debut single, "Kickin' On the Floor (Queen)."

The song, premiering today on PAPER, is produced by Stavros Tsarouhas and mixed and mastered by Absrdst and Paul Michael Cardon. It is a joyous celebration recalling the rebellious pop-rock Millennials grew up listening to. Chav's lyrics move from double entrendre-laden romp ("Tell me that I'm yummy when I'm driving in your car") to outward reflections of love for self and others.

"You're my queen/ But daddy, he be wearing the crown" doubles as an acknowledgment of mutual beauty and, possibly, sexual role-play. And "You're new Black/ You're natural/ You're Beauty of the Week/ You're Jet mag," feels like the time Chav once told me, that, amid a depressive spell, he took selfies to remind himself of his existence. The song intuitively possesses the kind of starry-eyed wonder a queer person achieves when they find a sense of home or purpose. That kind of energy is quietly, but powerfully transformative, and this song has plenty of it.

As part of Chav's entry into pop music, he is marketing himself as an optimistic being from another timeline or parallel universe. He explains that this world is a completely new one, where women of color preside over humanity.

"I was sent here from a place that's not too different from this earth — the biggest difference is that on this earth humans have forgotten themselves," Chav says. "We've forgotten that the oceans are our bellies. We've forgotten that Black and Brown and olive-skinned women sit at the center of this ecosystem and should be cherished and honored and respected as such. They are explorers, warriors and philosophers, who hold the maps to higher planes. They overlook a field of humans that bloom in so many ways that there are fields of unlimited equations of indescribable queer beauty."

Listen to Chav's "Kickin' On the Floor (Queen)," below, and pre-save the track here. To learn more about Flat Pop Records and to get tickets to its launch event on June 23, go here.