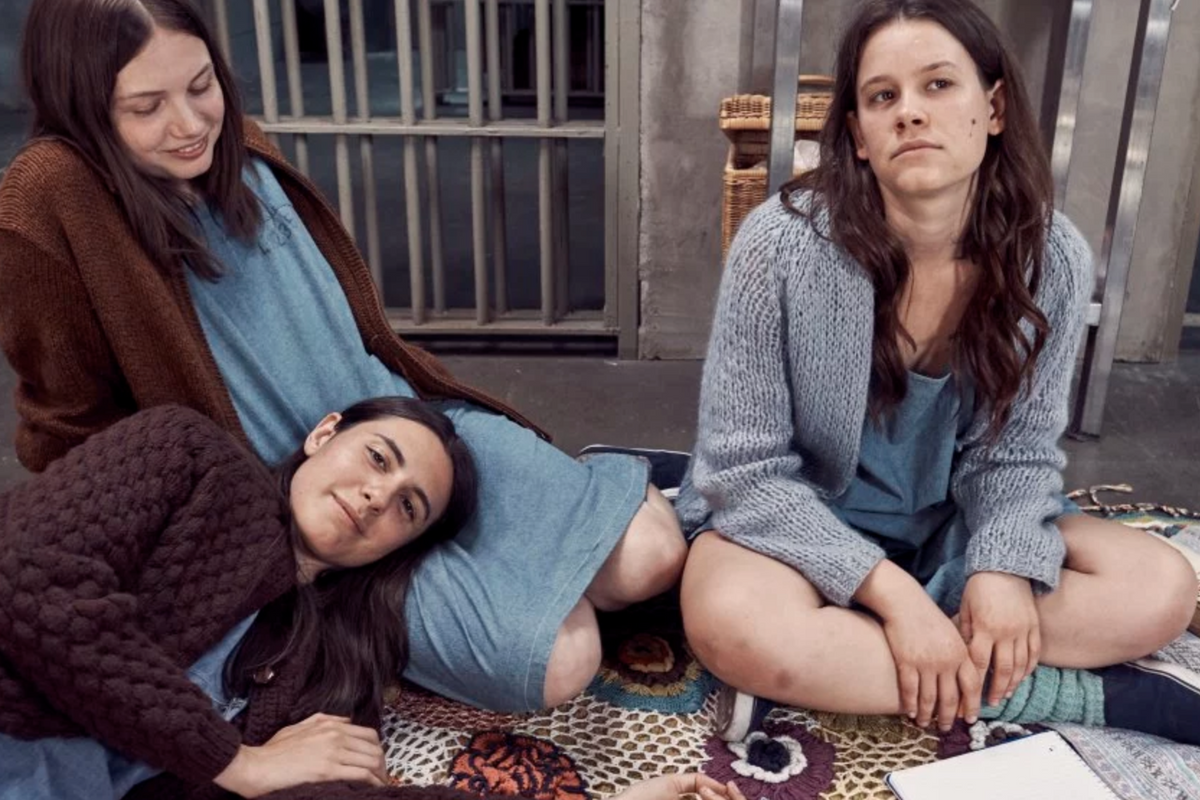 They say the '60s ended on August 1969. To this day, Charles Manson remains one of the most notorious killers in American history. Those old enough to remember recall the mass murders of actress Sharon Tate, her unborn child and four other guests who were visiting, as one of the most jarring and traumatic incidents of the time.

Somewhere in the midst of the Vietnam war and a collective cultural awakening of sorts — fueled by fierce activism, and hippies alike — was a man who shook up the entire nation all on his own.

It's why even after his death, Manson continues to induce equal amounts of horror and fascination, best evidenced through the innumerable books, essays, and films centered on the harrowing subject.

In the past year itself, several notable features such as The Haunting of Sharon Tate and Quentin Tarantino's soon-to-be released Once Upon a Time in Hollywood have tried to dissect the mysterious working of the Manson clan, as well the man who orchestrated such a horror.

Yet, Mary Harron and Guinevere Turner (also the team behind American Psycho) hold no such fascination of Manson, as shown through their recently debuted independent film, Charlie Says.

"I think we know why he did it," Harron told me in an interview earlier last year. "He's not that enigmatic; he's a very deformed human being. He had a terrible life, and it warped him. It's hard to say if he was a sociopath or a psychopath but he was definitely not sane. There was a lot of hate and anger and he was a deeply disturbed person who also wanted to keep his hold on his followers."

Harron's interest lied in unearthing the trauma of his legion of followers, more precisely the three women who executed Manson's heinously planned murders. Susan Atkins, Patricia Krenwinkel and Leslie Van Houten, all of whom were imprisoned for life, occupy the prime focus in Charlie Says.

"We're trying to be respectful in finding humanity and understanding that they're not monsters. They were just really young girls that made awful choices."

Although Atkins passed away from cancer in 2009, Krenwinkel and Van Houten continue to carry out their sentences in complete obscurity with little hope for parole. Karlene Faith's The Long Prison Journey of Leslie van Houten and Atkin's Child of Satan, Child of God, along with extensive media coverage from the time form the main point of reference for the film.

"We were working more closely with Karlene Faith and her family," explains Marianne Rendón, who plays Atkins. "It was very important to understand that when a person is up for parole, any evidence — fictional or otherwise — can convince the jury to not grant them parole. These are real peoples' lives and it's an enormous responsibility. It's a really delicate line we're treading. It's not that we're excusing their behavior because it's terrible crimes they committed but we're also trying to be respectful in finding humanity and understanding that they're not monsters. They were just really young girls that made awful choices."

The film opens to the sunny outskirts of Southern California, where Manson's character (played by Matt Smith) offers an open-to-all utopia of sorts, free from the constraints of repressive societal rules. It's not too wild to imagine why that posed any fascination for young women fleeing from difficult childhoods and strained familial relationships.

Yet, it's hard to garner sympathy for the women who willingly and knowingly took away innocent lives in blind devotion to a man who called himself the second coming of Jesus and propelled prophecies of race wars. It's even harder to understand how one man could wield so much influence over seemingly grown women.

"I think [Patricia] grew up at a time when the most important thing in the world was to be chosen by a man," says Sosie Bacon, who plays Patricia Krenwinkel. "That's what women are taught to believe. She didn't feel she was beautiful, she had an overgrowth of hair on her body, and didn't get much attention from men. Then she met Charlie and he loved her. He told her she was beautiful and that she was the most important thing in his life. That is powerful. Patriarchy teaches us that from day one. So I understand why she followed him blindly and took his abuse and brainwashing for so long."

People forget the near constant sexual assault and abuse that became part of their lives during the year spent living on the farm as they were groomed to carry out Manson's plans. Not only did he himself physically and sexually assault the women, but he also routinely invited friends and strangers to exploit them.

"In the end, Manson was like a pimp, pimping them out as a commodity to his friends," Rendon says. "These women wouldn't even bat an eye because they just wanted to please Charlie."

Despite how quickly Manson distanced himself from the three women after their imprisonment, they remained devoted to him and his word. It was Faith's (who also co-wrote the script) near constant visits while they were in prison that ultimately broke the facade — another arc that Harron and Turner focus on throughout the story.

"I hate that it happened, but I understand it," Bacon adds. "Patricia had to face what she had done in prison and it was the most awful thing. She talks about it in a New York Times documentary. Watching her talk about denouncing Manson and accepting what she had done, it's really hard to not have empathy. Our movie forces us all to consider, 'What if?' What if it had been me in that context with that background, could I have done it? And that's a really uncomfortable thought to have, but it's important."

Rendon who also worked closely with Faith in fleshing out her on-screen character, believes "compartmentalizing" was one of the many ways the women coped with the reality of what they'd done once they were confronted with it. "I believe this is why [Atkins] became a born again Christian because she didn't know how else to process it and you see the transition to that in the film," she says.

It's a tricky line to walk both for an actor or a filmmaker, to empathize with characters so collectively despised. It's also why that intricate understanding of the women remains absent in the mainstream and from our own minds.

"I was surprised that Susan was so honest about her need for love, and connection and family from a very young age," says Rendon. "She described herself as desperate for attention; I think it's a very hard thing to admit. She wanted to appear tough, dangerous and interesting, which is why she ratted on to her cell mates."

"Loss, abandonment, and insecurity are more painful to play than blind devotion. It was also challenging to delve so deeply into a time period that I find to be so fraught with trauma, especially for women."

Although Atkins and Van Houten eventually came to terms with their actions, for the longest time Krenwinkel remained devoted to Manson's prescribed values. Regardless of the overwhelming evidence and persistence from her own friends, Bacon says her adamant dedication was reflective of how she dealt with trauma.

"I think my most challenging moments happened in the prison as Patrica's best friend 'Lulu' [Van Houten] began to denounce Manson and pull away from the ideals of 'the family,'" explains Bacon. "It feels strange to say that because it's all incredibly dark, but emotionally, that's when the world really started to crumble for Patricia. Before that, she was brainwashed to really believe she was doing the right thing, so true devotion to Charlie was her main objective. Obviously that isn't a simple feeling, but it is a less painful feeling. Loss, abandonment, and insecurity are more painful to play than blind devotion. It was also challenging to delve so deeply into a time period that I find to be so fraught with trauma, especially for women."

At a time where the Haunting of Sharon Tate got labeled exploitative and Tarantino is already attracting criticism for reportedly allotting very few lines to Margot Robbie's character, here's a film that dedicates almost all of its nearly two hour run time to the women.

But is a woman's trauma, let alone three, just as relevant and fascinating as a deranged man's vengeful and murderous fantasies?

Charlie Says is out in cinemas now and available on demand on Amazon Prime.