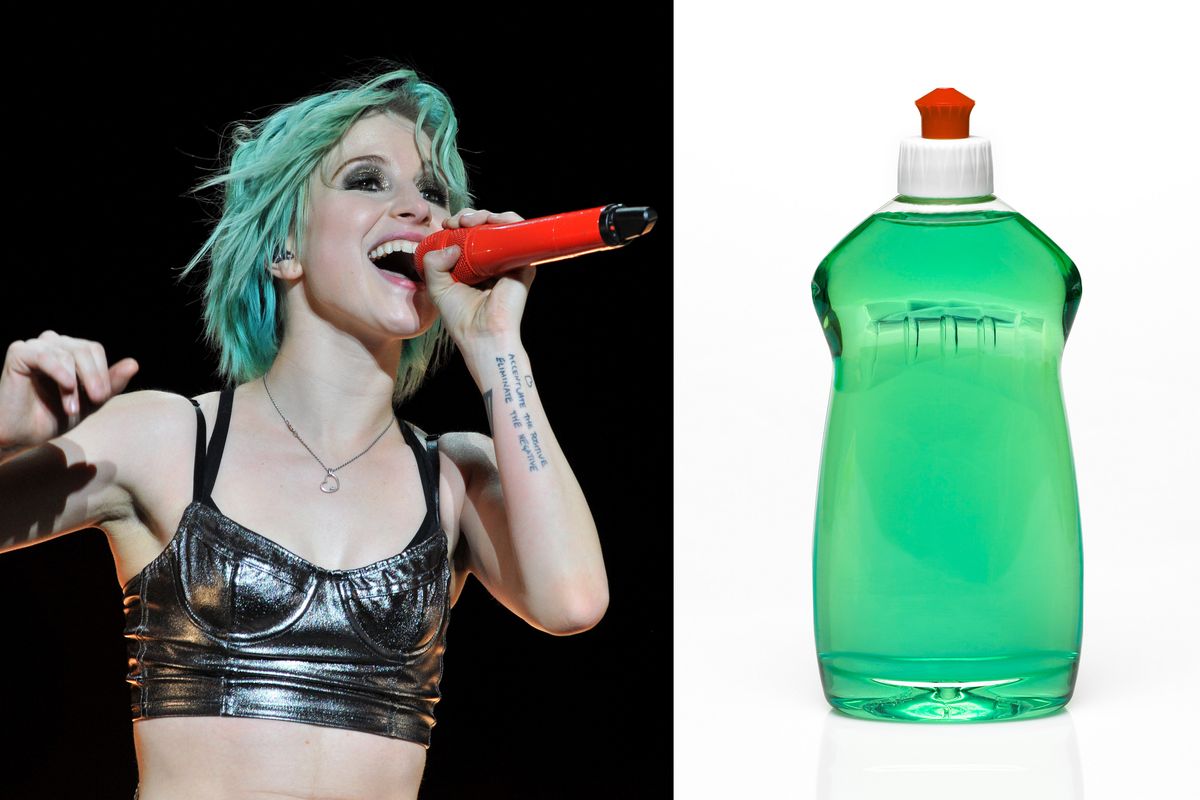 Sometimes things don't need to necessarily make sense for them to be great together. Chicken and waffles? Delicious. Anything and CBD? Trendy. Country and Trap? I already got the horses in the back. It's important to keep an open mind in today's climate of simulation-breaking headlines, so after coming across a thread of looks from Paramore singer, Hayley Williams, paired with various bottles of dish soap, we couldn't help but say, "Why not?"

Falling deeper down the Twitter rabbit hole, as one does, it's immediately clear this absurdist phenomenon isn't limited to the emo icon's technicolor hairstyles, but encompasses a whole world of celebrity looks re-imagined as mundane household objects. Carrying on in the Dadaist tradition, these strange juxtapositions defy all rationality but instead appeal to a suppressed part of our animal brains that finds Ariana Grande and an array of power tools a satisfying combination.

Perhaps contemporary philosophers Rob Base and DJ EZ Rock put it best when they famously hypothesized, "It takes two to make a thing go right/it takes two to make it outta sight." So without further ado, here are ten of our favorite threads to click-through on your lunch hour:

Tyler, the Creator as Yankee Candles

And because it doesn't feel fair to compare the Queen Bey to anyone else: