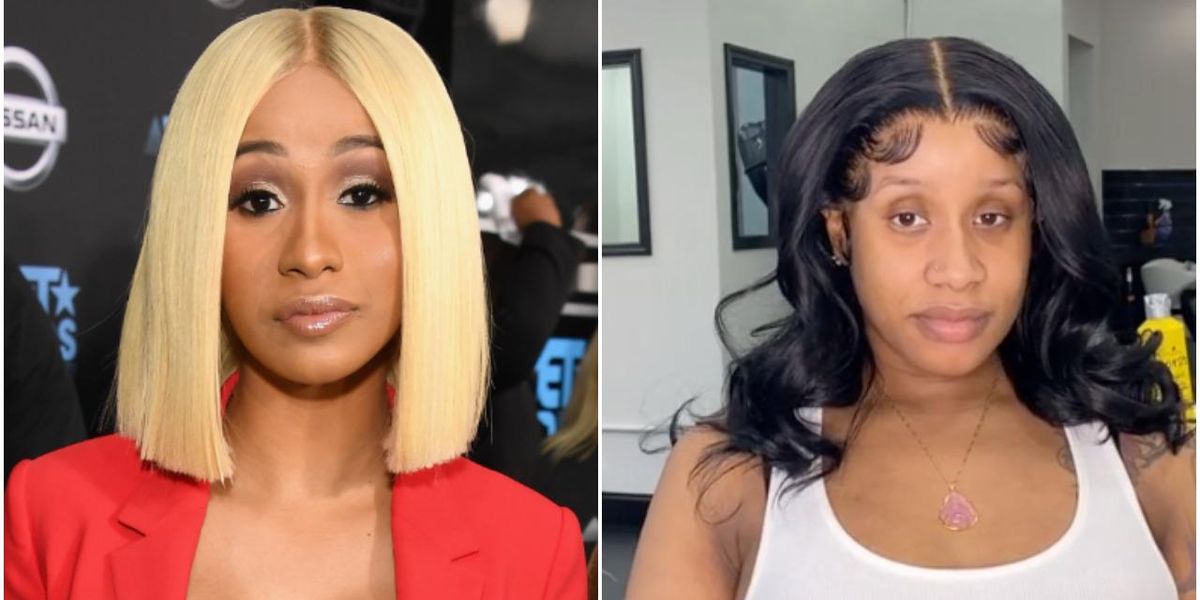 The internet is having a meltdown over Cardi B's doppelgänger.

It all started after a New York City-based hairstylist named Claudelande uploaded a TikTok of her client, Ashley, that was soundtracked by an instrumental version of Cardi's "Up." And though the clip was posted a couple weeks ago, it's now making the online rounds and, needless to say, people are freaking out over Ashley's eerie resemblance to the Grammy-winning rapper.

"I thought that was Cardi without makeup," as one TikToker wrote, while other commenters christened her "Cardi C" and "Bardi C."

Given the nature of the internet though, it didn't take long for Ashley to pop up on Twitter, where photos of her have racked up tens of thousands of likes, with some saying things like, "mfs said *copy + paste* ... like??????? SAME nose. SAME EVERYTHING."

"i've never seen someone look SO MUCH like someone else and not be related to them.... wtf?!?!!!," as a second person wrote, while a third jokingly posted a video of a pair of twins and wrote, "cardi b and cardi c here, when they meet." And some even quipped that Ashley was Cardi's "sister Tequila," in reference to her actual sister, Hennessy Carolina.

😳 cardi b and cardi c here, when they meet: pic.twitter.com/cAQHRdZuIT

i’ve never seen someone look SO MUCH like someone else and not be related to them.... wtf?!?!!! pic.twitter.com/LoMhNI8oRS

@iamcardib this gotta be your sister Tequila

However, Ashley herself recently told Allure that she doesn't really get the comparisons, even if she's been getting them ever since Cardi skyrocketed to fame.

"Everywhere I go, [I hear] 'She looks like Cardi B.' They'll say it under their breath, and I'll hear it," she said, though she later added that she was a little nervous about her virality. "I literally try to look every time somebody says it, but I don't see it."

As for Cardi, she has yet to respond to all the "Cardi C" chatter but, in the meantime, you can watch the video that started it all, below.

♬ Up (Instrumental) - Cardi B