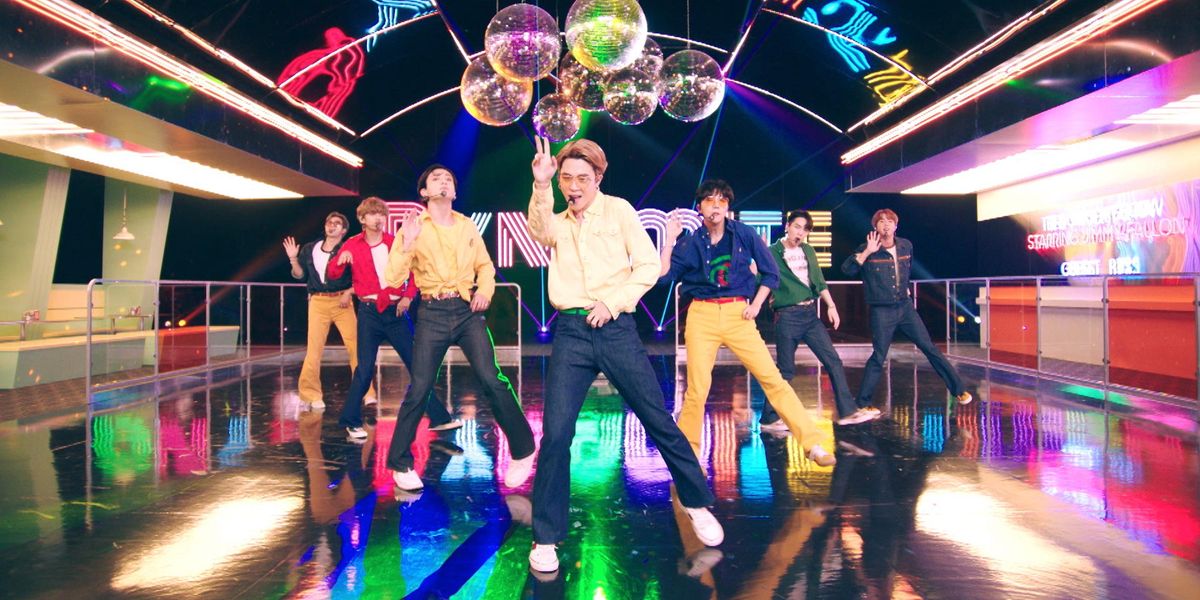 BTS Is Kinda Over Singing in English

Last year saw BTS do what was once previously thought to be unthinkable from the group by releasing their very first English-language single, "Dynamite." It was never entirely out of the question for BTS, just considered to be unlikely given that members of the group had previously stated "if we sing suddenly in full English, and change all these other things, then that's not BTS."

That sentiment clearly didn't last considering that not only was "Dynamite" a runaway success, handing them their first ever Billboard number one spot, but was followed up earlier this year with two more English tracks, "Butter" and "Permission to Dance," both going on to top the charts as well.

Now, in a new cover story for Billboard, BTS says that they still aren't too sure about the language crossover. According to the piece, not all of the members were too keen on singing in English with RM commenting that, "there was no alternative." Big Hit president, Shin Young-Jae, on the other hand disagreed saying that, "I think it's a testament to the band's strengths, the way they can come to a friendly resolution and be mindful of the company's needs."

Jin went on to kind of echo RM's sentiments, saying that it was difficult to learn to sing in English given that the members of BTS all have different levels of comfort and familiarity with the language. "I had to erase everything in my head first," Jin explained with RM going to double down on past statements that BTS shouldn't give up on their Korean roots to have a broader mass market appeal. "I don't think we could ever be part of the mainstream in the US, and I don't want that either," adding that he really just wants to see the group achieve their goal of a full American stadium tour.

Jin also went on to say that BTS doesn't want HYBE, Big Hit's parent company, to have the final say on the band's career. Referencing the group's 2018 contract renewal negotiations, Jin said "we ended up telling each other that because we worked so hard up to that point, let's see how far we can go. I don't know if I should say this, but [we said], 'Screw the agency, screw everything. Let's just put our faith in the members and the fans and start again.'"