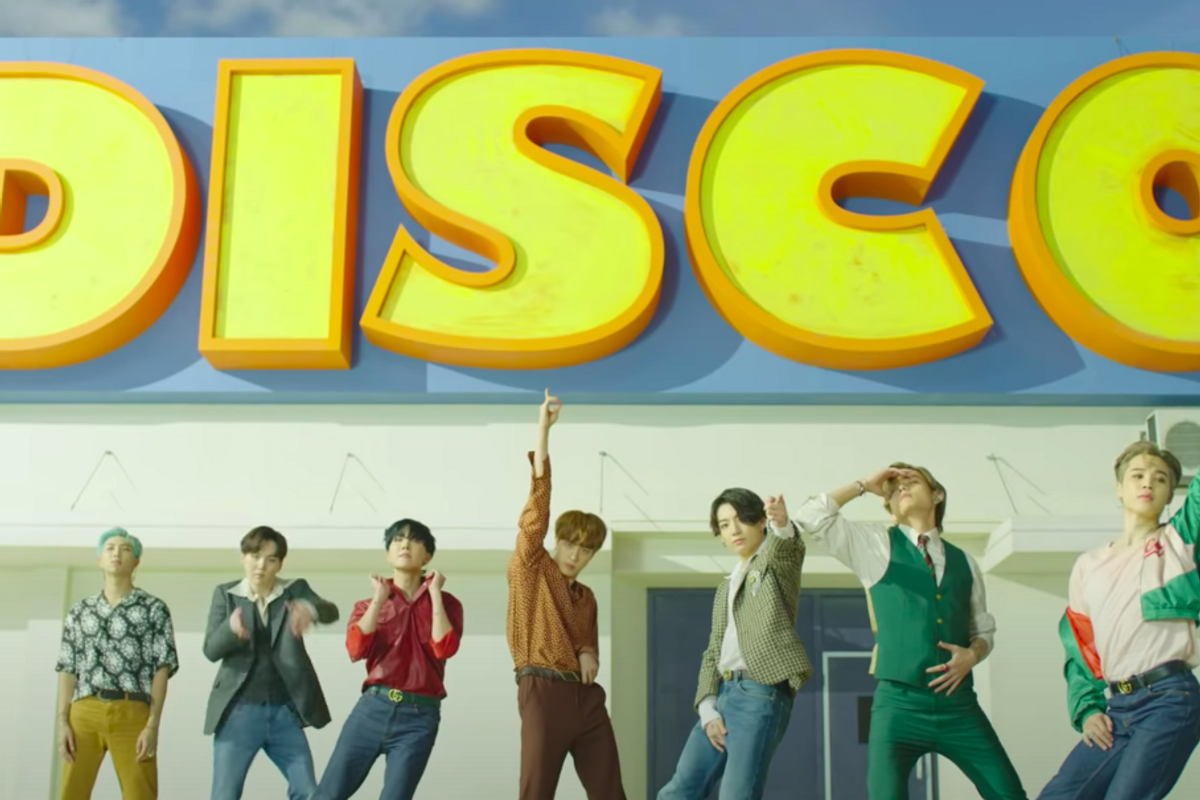 If you weren't already about to explode with excitement, BTS has ignited the internet with a teaser for their new song and video, "Dynamite" — that's 29 seconds of disco fever. This feel good anthem is determined to end your summer on a bright note, regardless of what the pandemic brings.

In the brief tease of what's to come, the incendiary septet made of RM, Jin, J-Hope, V, Jimin, Jungkook and Suga, first don cool pastel-colored outfits to the backdrop of a beautiful sunset. It's the literal manifestation of a vibe and they set the mood before dissipating.

After lulling you in with their suave energy, they show off some funky dance moves in front of a giant "Disco" sign. No longer are they wearing Easter's colors. Now, they're in gear that's straight out of the '70s. From Jin's polka-dot shirt to Jimin's jock-like ensemble, their wardrobe takes viewers back in time to an era ruled by disco balls.

The "Dynamite" teaser gives a preview of the "upbeat disco vibe" that the song's press release describes. Buoyant and sunny, with a splash of retro mixed in, the song will light up virtual beaches and parties whenever it plays. COVID-19 won't stop this celebration.

"Dynamite" is set to come out on August 21 at midnight EST. Three days after it drops, on August 24, BTS is set to release a second video for the track.

As they gear up to release a new album later this year, which "Dynamite" may not be a part of, their schedule looks to be packed: in the near future, they're releasing a new reality vacation show, In the Soop, on August 20, they're appearing on The Today Show on August 24, and they're performing a new concert, BTS Map of the Soul On:E, On October 10 in Seoul.