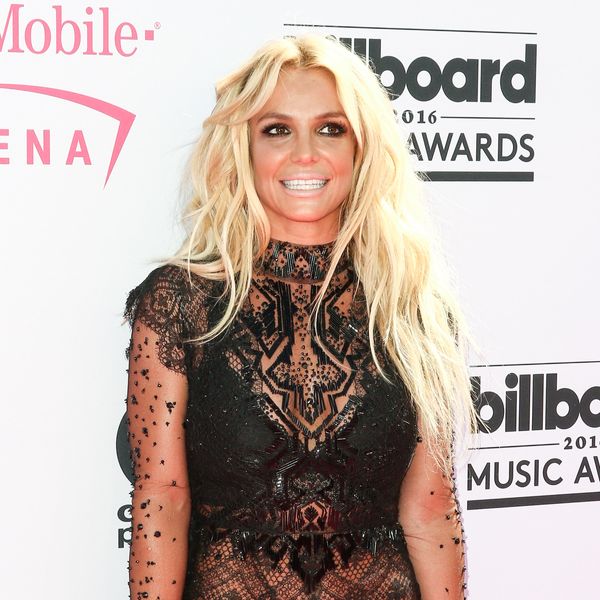 Britney Spears has always blurred lines as a performer. Her acting career started out promising: at 17, she had a deal with Columbia TriStar to have her own show and appear as a series regular in Dawson's Creek. It didn't pan out. In light of her debut album selling 5 million units, she didn't have much time for TV. As a flight attendant in 2001's Longshot — which may or may not have inspired her "Toxic" video — Spears stole the limelight. Then came 2002's Crossroads. Her unforgettable turn as Lucy in the road trip caper was a flat tire at the box office.

So when she was sent the script for 2004 weeper The Notebook, Thespney was ready to try her hand at a meatier role. When asked about future projects in a 2001 interview with Richard Blackwood, she said, "What would excite me? Probably to get this amazing movie, this script that I read. They already have someone doing it, but I would die if I got to do it."

"You're trying to tell me they're choosing somebody over you?" Blackwood retorts.

"I'm not gonna say! I can't do that," Spears says, clamming up. "It's the most amazing script I ever read."

"What type of movie is it then?"

Keep in mind that The Notebook began filming in late 2002. It was later revealed by the film's star, Ryan Gosling, that — along with Reese Witherspoon, Jessica Biel and Ashley Judd — Spears did do a screen test with her former Mouseketeer mate for the Nicholas Sparks adaptation. (The role eventually went to Rachel McAdams).

"I'm sure Britney would have done a great job!" added McAdams. "I'm sure it would have been a totally different movie, but yeah, I just heard that the other day. I had no idea! I was very fortunate. I was sort of at the end of the line, and I know they'd sort of done a cross-country trip — Nick and Ryan together — looking for the girl, and I sort of squeaked in there."

It should go without saying, but #JusticeForCrossroads.