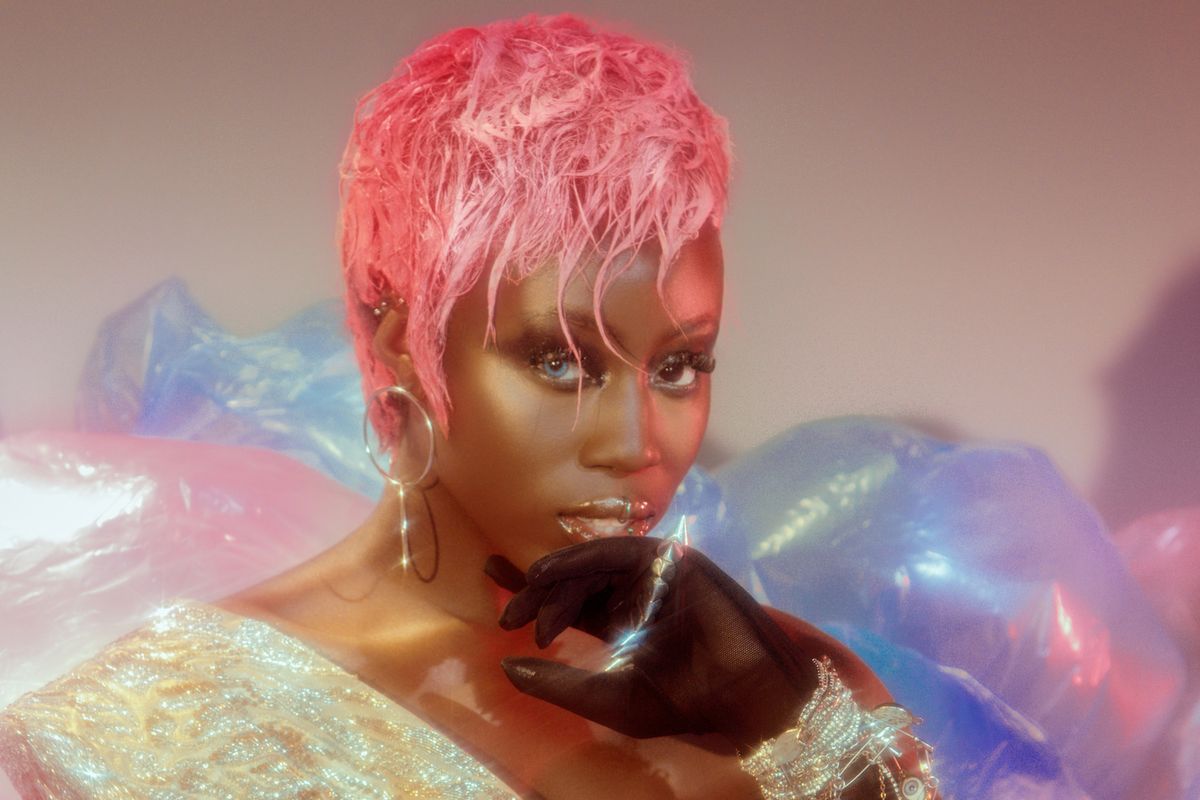 When London musician Bree Runway has an idea for a song or video, she obsessively moodboards the entire process start to finish, often showing up to work sessions with a fleshed-out concept before anyone can tell her otherwise.

This is apparent in Bree's frenetic, yet singular sound, which fuses rapping, singing and a mind-melding array of genre influences, both modern and retro. Visually, Bree incorporates freestyle and pop choreography, turns eye-catching, high-fashion looks and addresses savvy social commentary (i.e. the gender wage gap, racial injustices and self-image). Take a look at recent videos to last year's breakout Be Runway EP tracks "Big Racks" (with Brooke Candy), "2ON" and the Missy Elliott-approved "Apeshit," and quickly find yourself immersed in Bree's colorful world.

Even with the support of a label, who, depending on the artist, might install marketing and creative teams to create an artistic vision from scratch, Bree controls her vision every step of the way. And as a dark-skinned Black woman from London, who has risen above her fair share of systemic bullshit, Bree's calling the shots is non-negotiable.

On a recent Zoom call when asked how she approaches the beginning stages of creating a new song or visual, a familiar and down-to-earth Bree blinks rapidly and smiles.

"Honestly, love, I'm way too into it!" she says. "I feel like I have such a strong vision of my future and artistry. I know the kind of impact I'm going to leave on people and I don't give much room for people that [try to] deconstruct my vision. I take feedback –– I do –– but if I feel in my heart that something isn't right, then it's not right. There's literally no one on this Earth that can affect me by saying, I love that or this is shit."

For Bree's latest video, "Damn Daniel," she combined her hands-on approach with another rising Black visionary: Independent Atlanta artist Yung Baby Tate, whose self-produced compositions have not only garnered her millions of streams and a Grammy, but notice from top entertainment talent such as Issa Rae, who just signed Tate to her Raedio label imprint.

Like everyone else in the music industry, Bree's bigger plans for world domination have been somewhat halted in light of the coronavirus pandemic. Emphasis on the word "somewhat," because she's optimistic about life after. "I wonder how it's gonna be when we go back to normal," she says.

I posit that there will be no "back to normal," having digested more than enough news suggesting this could last... forever? "I hate when people say that!" Bree says. "It's mad. I have hope we'll come out of this better somehow."

Still, Bree co-wrote "Damn Daniel" –– a clever, extremely catchy update of '90s Black-girl pop about a suave suitor who tries to be a player and gets curved –– and knew she eventually wanted another young Black woman's perspective on the track. Its (very true) thesis is this: "You cannot trust a man." And why would you when you could just do it yourself?

Bree says Tate, the creator of empowered albums like last year's GIRLS and 2018's BOYS, which celebrate women's independence and variety, was the perfect co-conspirator. Plus, the two artists, who both thrive in self-created artistic concepts, were mutual fans of one another.

"I love when people think outside the box like Tate does," Bree says. "So I downloaded her 2018 EP and loved it then downloaded the next project. After I put out '2ON,' she sent me a DM that was like, 'You're sick!' and I was like 'You're sick! I've been listening to your music for ages.' Then we kept going back and forth showing each other love and built a really nice friendship."

Bree kept this in mind when writing "Damn Daniel" during a trip to Sweden. At the time, she was binge-watching '90s sitcoms centering Black women and girls. (We gush about a shared love of Moesha, The Parkers, Girlfriends and more.) She says she made herself a playlist of songs inspired by the artists of that era, from Brandy to Monica. When she went to the studio, she brought all these ideas with her to Klahr and LIOHN, the producers of "Damn Daniel." Bree sent the track to Tate. "I said 'You don't really have a choice –– you have to do it," she says. "She said it's like 'The Boy Is Mine' [by Brandy and Monica] but rap, which is exactly what I was going for."

Bree continues: "Everything about it was like unapologetic Black girl magic and I have such a deep love for that era of music and want to help bring it back. This was one of those songs. There's a lot of instrumentation going on there and it happened in this song. I just wanted it to feel like a kid with their leather jacket on has gone to a show and maybe they feel like Phil Collins or MJ walking around."

As for the bright, catsuit-laden "Damn Daniel" video, Bree says she refused to be stopped by current conditions, finding ways to be both safe and creative in order to make it happen. On Instagram, she let fans into the process of how it was made in quarantine. "[Tate and I] had a sick song on our hands, a SICK treatment! My team was literally about to FLEW Tate out and BOOM corona said, 'wassup it's Felicia, HI," she writes. "But we still didn't want to abandon the idea of a video so we had equipment sent to our homes... We even bought new mic and wrapped up our recordings at home, too. I'm so proud of us!!! with whatever resources you have guys use it!! Everyone's at home waiting to be entertained! Nobody has access to high gloss productions! Get creative! Even if it's just you and your phone, get some dope ideas together everyone's at home!!! We're watching! "

Tate and Bree recorded their dance-based scenes separately in their homes, and Bree passed the footage to London-based film and animation director Gemma Yin, who added in the clip's vivid throwback effects, including Tate's face on a vintage desktop computer and an army of Brees standing before a swirling hypnosis symbol.

More than anything though, Bree wanted "Damn Daniel" to be feel-good and fun –– a necessary distraction during an increasingly bleak time. "Music is joy; music is healing for someone; music is happiness," Bree says. "You're giving someone a gift. If you're not a fan of me or whatever, you don't have to listen. But the people who like us want to listen and will appreciate some kind of light into their day. This just goes to show what you can do to make ends meet and still put some light into the world."

The track follows "Apeshit," whose Hype Williams-esque video was hyped by everyone from Doja Cat to Missy Elliott. (Both "Apeshit" and "Damn Daniel" will be included on a forthcoming EP, which she says will likely feature more collaborations with fellow female artists.) Bree says she is still pinching herself in reaction to the response her work has been getting. But considering how incredible the work is, Bree's success thus far is not surprising. It fuels her to do more.

"I just want to be an example to Black girls," she says. "If you put your heart and soul into something and piece together every single part of your vision, just be a CEO of every single part of what you're doing, you can only win because you did your best; you put your all into it; you can't blame anyone; this is your vision. It's important to be involved in everything. You learn and you become a better businesswoman that way as well. I've become a better businesswoman."

Bree set herself up for success at the beginning, by adopting a stage name that has become prophetic. Bree says "Bree Runway" comes from a cousin who called himself Runway, noticed her love of fashion and passed his name to her. "But as I got older, I started to see it evolve," Bree says. "I started to see a runway just constantly taking off. Planes are always taking off on the runway and I just like to level up all the time. Just keep going on the next height always, always, always."