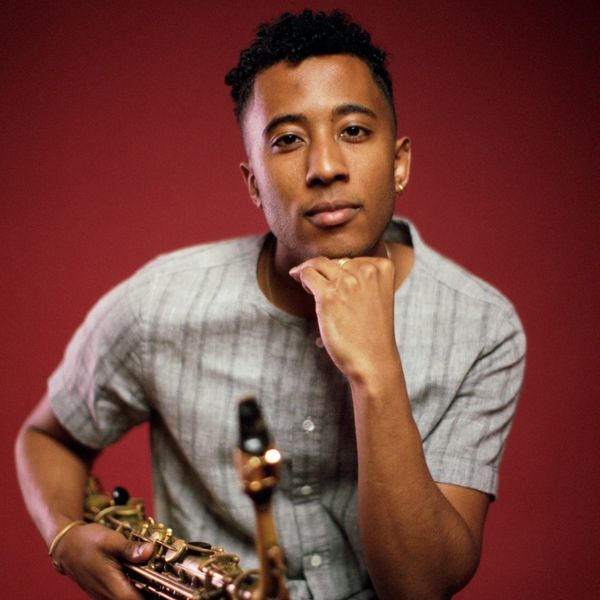 Braxton Cook Is Pushing Jazz Into the Future

Juilliard-educated vocalist and saxophone player Braxton Cook's R&B-inflected jazz draws on a rich history of the Black experience as it has historically pertained to the genre. Citing among his influences John Coltrane, Charlie Parker, D'Angelo, and even Frank Ocean, Cook draws upon this musical lineage as the basis of a sound that looks to push the storied genre forward.

Like some of Herbie Hancock's more pop-oriented work, Cook cannily deconstructs the fundamental building blocks of jazz and reassembles them in a contemporary structure. The result is last year's studio album, No Doubt, a winding road of records that meander from tender ballads to roof-raising bangers in a way that luxuriates in the journey, not the destination.

One of the standout tracks from the album, "Wish You Well," perhaps best encapsulates the underlying maturity that comes through in Cook's work. At its core, "Wish You Well" isn't exactly a breakup song; it's about healing and ultimately forgiving those that may have hurt us by looking past the initial sting of letting someone go; it's about understanding that there was a reason you fell in love with them in the first place, and at the end of the day just wanting them to find some sort of solace even if it has to be without you.

"It's all about shifting your perspective in order to see the opportunity and possibility in the obstacles that come up in life."

"The song's subject matter is about moving on and making peace with your former self and former partner/friend," Braxton says of the track. "In life, it's often hard to see at the time, but when one door closes another one opens up. It's all about shifting your perspective in order to see the opportunity and possibility in the obstacles that come up in life."

Listen to the PAPER premiere of the Hablot Brown remix of Braxton Cook's "Wish You Well," below. The Maryland musician will be performing at Brooklyn's Elsewhere Rooftop on June 13 (Tickets available, here).