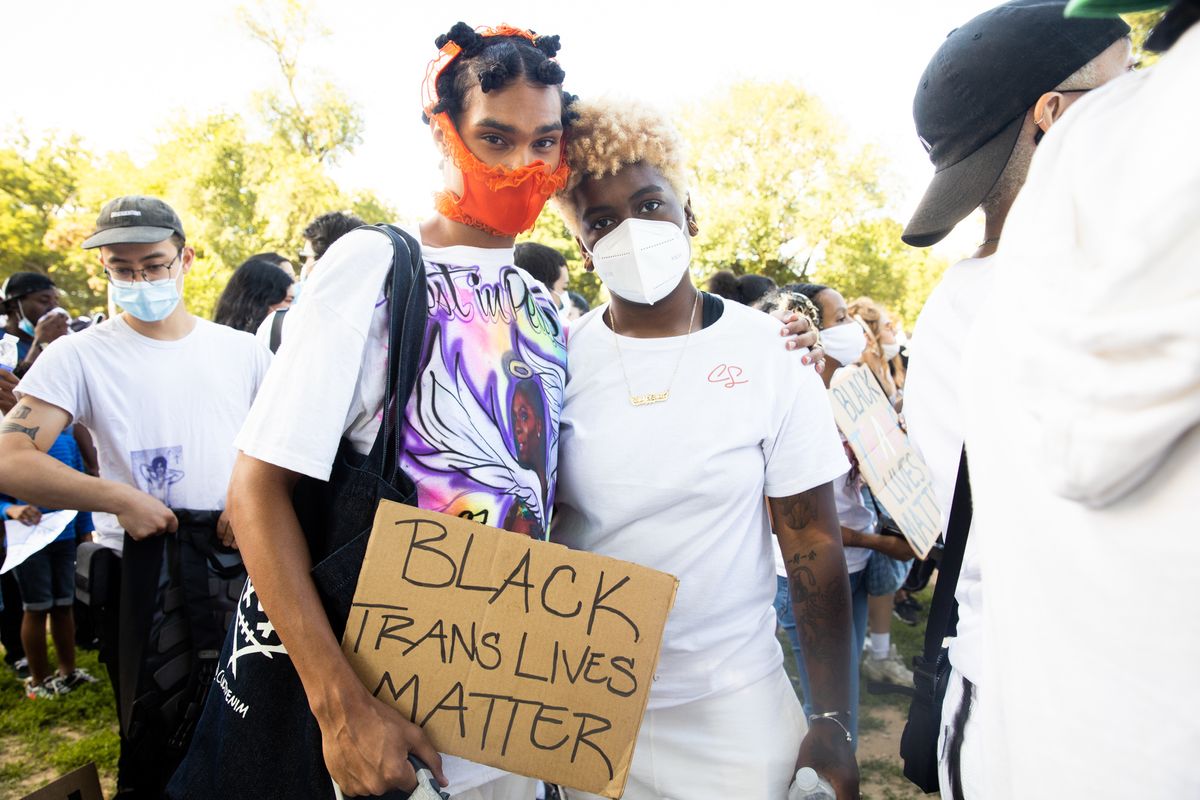 On Sunday, thousands of people gathered in New York to support Black trans lives. This comes in the wake of the death of trans women Layleen Polanco, Dominique "Rem'mie" Fells, Riah Milton, and the many more who lost their lives unjustly.

The peaceful protest, called Brooklyn Liberation: An Action for Black Trans Lives, drew an incredibly massive crowd that covered blocks around the Brooklyn Museum. It was organized by The Okra Project, Marsha P. Johnson Institute, For the Gworls, G.L.I.T.S. and Black Trans Femmes in the Arts.

The crowd at the Brooklyn Museum today for #BrooklynLiberation. You absolutely love to see it. https://t.co/gPJZ14kbWf
— Tim Fitzgerald (@Tim Fitzgerald)1592159919.0

I have no idea how many people are here today in Brooklyn for Black Trans Lives but it’s in the thousands… https://t.co/L5ENKUsRyq
— Eliel Cruz (@Eliel Cruz)1592163356.0

There was a rally with speakers including transgender activist Raquel Willis, author Ceyenne Doroshow and the family of Layleen Polanco. People chanted "Black trans lives matter" together through their masks, and held up signs that bore the same message. Later, the crowd marched through the borough.

On the same day, tens of thousands also gathered on Hollywood Boulevard in Los Angeles for the All Black Lives Matter protest, in place of the Los Angeles Pride Parade, which was cancelled due to COVID-19.

The day before the protest, volunteers painted "ALL BLACK LIVES MATTER" on the intersection of Hollywood and Highland Avenue to represent inclusivity and amplify the importance of advocating for Black trans lives in the movement. The event itself, which was organized by All Black Lives Matter Los Angeles, was not just a plea for justice but a celebration that included music, dancing and performances by queer Black artists.

Hollywood Boulevard. All Black Lives Matter! The ALL is in the colors of the Transgender Pride Flag. The LIVES is… https://t.co/SZe9uk8ySo
— Rise and Resist (@Rise and Resist)1592095713.0

To read about how you can support Black trans lives, click here.