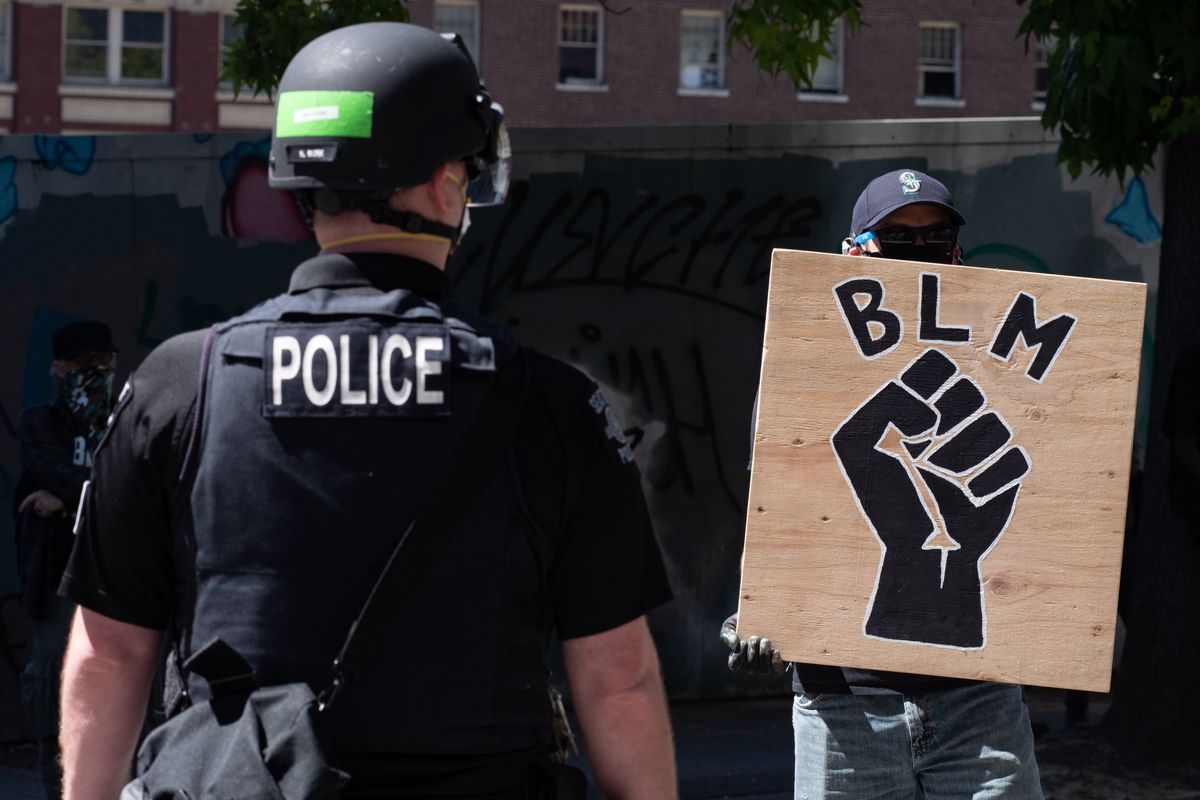 On July 21, 20 year-old Black Lives Matter activist, Tianna Arata, was arrested by California police after a protest she helped organize allegedly resulted in vandalism and traffic stoppage on a highway. Despite many eyewitness accounts disputing law enforcement's version of events, the San Luis Obispo county police department is now charging Arata with five felony counts and three misdemeanors that could result in a 15-year prison sentence in what many are decrying as a vindictive move and unjustly holding one person responsible for the actions of all protesters.

The hashtag #FreeTianna quickly started trending towards the end of last week, with a Change.org petition demanding Arata's release already gathering 70,000 signatures and demonstrations calling on the district attorney to drop the charges taking place outside of the San Luis Obispo courthouse.

Related | The NYPD Pulled a Trans Protester Into an Unmarked Van

According to a statement, police chief Deanna Cantrell even called Arata ahead of the planned protest to ensure that it would be peaceful but allege that it grew out of control and resulted in a car's rear window getting shattered with glass falling on a four year-old in the back seat. After waiting for the protest to die down, police arrested Arata charging her with participation in a riot, unlawful assembly, conspiracy, unlawful imprisonment and resisting arrest. Video showing the young activist being forced into a police car began circulating on social media as people started to bring awareness to the situation.

"The way the police waited till we were alone with a few friends and rushed and took my best friend in front of my eyes, in front of her mother it... was traumatizing," a woman named Mel who identifies herself as Arata's best friend and was present at the time told Newsweek. "They used excessive force Tianna could barely keep up with the six grown men forcing her to the car."

According to a GoFundMe campaign created to pay for legal fees related to the case, protesters were not responsible for the broken rear window, there wasn't a child in the back seat and the police targeted Arata because of her prominence as a local organizer. They also say that Arata was ambushed by a car during the protest and "was terrified and used whatever was in her hands to hit the car and protect herself," a claim which is backed up by reports from the local news that cars were driving into protesters.

In an interview with San Luis Obispo's The Tribune, Arata said that situation is "deteriorating me. Mentally as well as physically because I don't get good rest. I'm waking up in the middle of the night." She goes on to say, "I just turned 20 last month, there's so much that I want to accomplish, and I've been through so much struggle in my life that dealing with this, it's just, like, I want to be able to overcome it and to go on to the new steps of my life." Arata is set to be arraigned on September 3, where prosecutors will have to decide what charges, if any, they want to pursue.

"It's frustrating because I don't necessarily see why all of this is being slammed onto me," Arata added. "I'm trying to build bridges. I'm trying to help people."