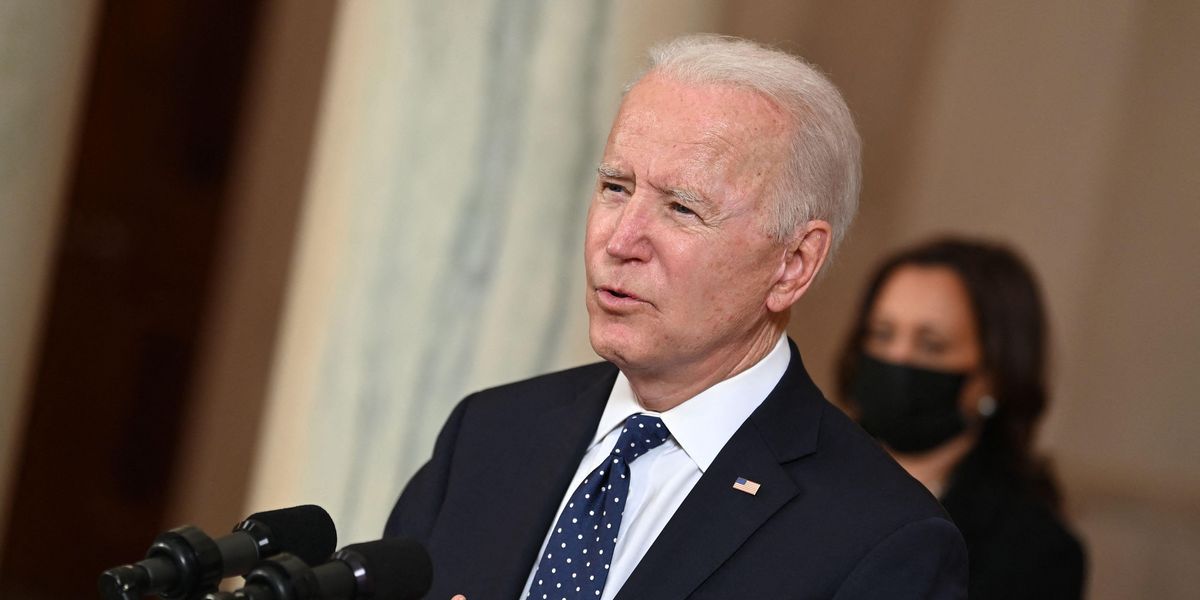 President Joe Biden and Kamala Harris have said that the country's fight for racial justice "can't stop here" after the conviction of Derek Chauvin, the former Minneapolis police officer who murdered George Floyd.

Following news that Chauvin was found guilty of second-degree manslaughter, Biden called the conviction a "step forward" during a White House press conference on Tuesday evening.

"No one should be above the law. And today's verdict sends that message," he said. "But it's not enough. We can't stop here."

Harris also went on to add that "we are all a part of George Floyd's legacy. And our job now is to honor it, and to honor him." As part of this effort, Biden said that they were going to continue pushing for legislative police reform "and a lot more."

He added, "This can be our first shot at dealing genuinely with systemic police reform."

Following the nationwide protests stemming from Floyd's murder last summer, Biden and Harris began advocating for police reform, though this has taken a backseat to economic policy after his election. However, during his statement on Chauvin's conviction, Biden went on to say that he and Harris with both "relieved" by the verdict and said he had been in ongoing contact with Floyd's family.

After Floyd's murder, Harris introduced the Justice in Policing Act of 2020 with co-sponsor Senator Cory Booker, which called for the creation of a national police misconduct registry, a ban on chokeholds and no-knock warrants in drug cases, as well as a policy that makes it harder for officers to shield themselves from misconduct lawsuits. That said, the White House's pursuit of a nationwide police oversight commission was put on pause after input from civil rights organizations and police unions.

Even so, Biden went on to say that Tuesday's verdict was proof that it "takes acknowledging and confronting head-on systemic racism and the racial disparities that exist in policing and in our criminal justice system more broadly."

"State, local government and law enforcement needs to step up," he said. "And so does the federal government."