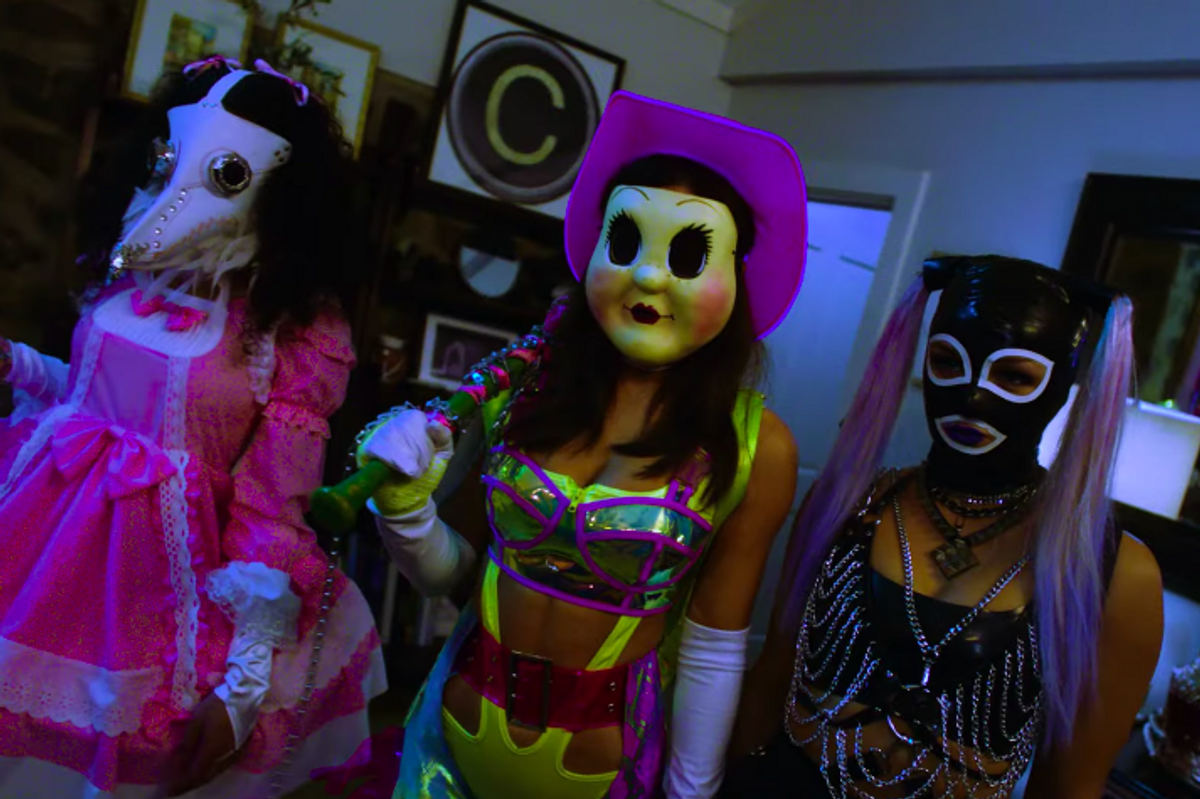 "When Trevor hit me up about directing the music video for "No Service In the Hills," Thorne tells PAPER, "I immediately thought of all the horror films I've seen where there is no reception, when you need it the most. The Strangers was a huge influence for me creatively when we were discussing theme options."

The pulp horror mini-flick sees two out of the three members of Cheat Codes, Trevor Dahl, Matthew Russell (KEVI aka Kevin Ford stays behind the scenes) head to a house in the Hollywood hills for a bros weekend with a few of their boys. The boys in question include Trippie Redd, Prince$$ Rosie and blackbear (who each feature on the song), as well as YouTubers Logan Paul and Mike Majlak. Each DJ or influencer is typecast as his own distinct variety of douchebag. Titularly, there is no service. The rest is history. A masked gang of hot girl psychos take out each bro one-by-one. The one with the nail-studded baseball bat eventually reveals herself as Dahl's character's girlfriend… whom he failed to inform that he'd be out of service for the weekend.

Thorne adds that, "The guys were very involved in the process all the way to the edit room. We are beyond proud of the finished project and look forward to everyone watching... make sure you have service... even in the hills."

For fellow Cricket Wireless users, let this be a cautionary tale.